Why critics seemed ‘absolutely irrelevant’ for this youth-driven Broadway musical 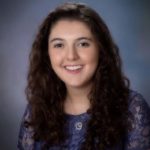 “Be More Chill,” a Broadway musical written by Joe Tracz and scored by Joe Iconis, explores the emotional rollercoaster of growing up -- with a magical twist. The show’s release comes on the heels of several other successful musicals about teen angst, but its viral path to popularity sets it apart. Jeffrey Brown reports on how the story achieved unexpected success and why it feels so relatable.

In his more than 30-year career with the NewsHour, Brown has served as co-anchor, studio moderator, and field reporter on a wide range of national and international issues, with work taking him around the country and to many parts of the globe. As arts correspondent he has profiled many of the world's leading writers, musicians, actors and other artists. Among his signature works at the NewsHour: a multi-year series, “Culture at Risk,” about threatened cultural heritage in the United States and abroad; the creation of the NewsHour’s online “Art Beat”; and hosting the monthly book club, “Now Read This,” a collaboration with The New York Times.

Ilana Bernstein is an executive assistant for the PBS NewsHour.