8 protesters dead in day of violent clashes in Iraq

BAGHDAD — Eight people died and at least 90 were wounded on Thursday in renewed clashes in central Baghdad, in the most violent clashes between anti-government protesters and security forces in recent days, Iraqi officials said.

Separately, one policeman was killed and six others wounded when an IED exploded in northeast Baghdad, security officials said.

One person was killed when security forces hurled sound bombs at crowds of protesters on the strategic Sinak bridge late Thursday, security and hospital officials said.

Earlier clashes had erupted on Baghdad’s Rasheed Street, a cultural center known for its old crumbling buildings, and on the Ahrar bridge. Security forces fired live ammunition, tear gas and sound bombs to disperse dozens of protesters, causing the fatalities.

Protesters have been occupying parts of Baghdad’s three main bridges — Sinak and Ahrar and Jumurhiya — leading to the heavily fortified Green Zone, the seat of Iraq’s government. Security forces are deployed on the other side to repel them from entering the area, which houses government buildings and various foreign embassies, including the United States. 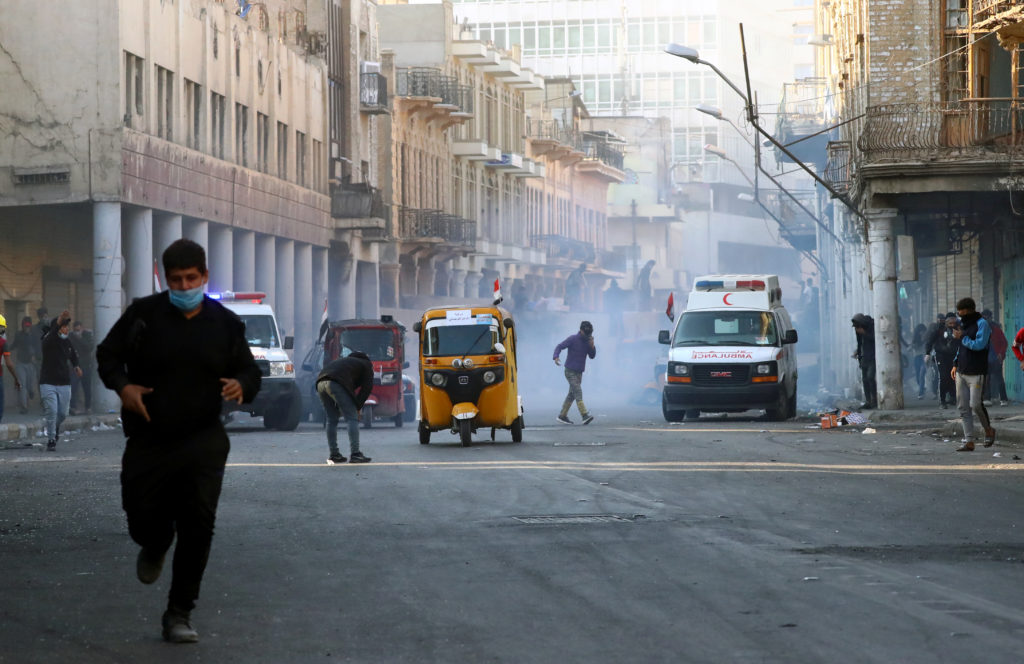 The officials spoke on condition of anonymity in line with regulations.

Two protesters were killed when tear gas canisters struck them and one was killed by live ammunition during the clashes in Rasheed street.

Four protesters were killed in fighting near Ahrar and Sinak bridges early Thursday.

Fighting also resumed overnight in the Shiite holy city of Karbala, south of Baghdad, between protesters and security forces.

Tents have been set up under the bridges and also on central Tahrir Square, the epicenter of the protest movement, where first-aid volunteers treat those wounded by pieces of exploded tear gas cannisters and live fire. 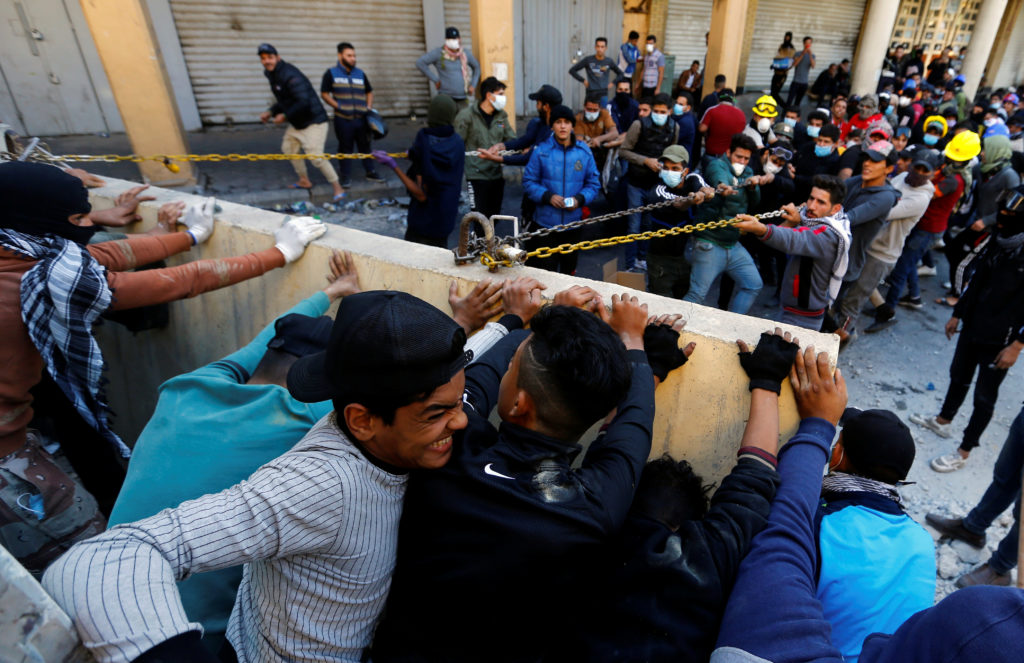 “Around 1:30 a.m., the shooting started with live ammunition, tear gas and sound grenades,” said one volunteer, speaking on condition of anonymity for fear of government reprisal. The volunteer said there were deaths and several injured people with bullet wounds and breathing difficulties.

Dozens of demonstrators had attacked the Iranian consulate in this city earlier in November, scaling concrete barriers and saying they rejected the influence of the neighboring country in Iraqi affairs.

At least 320 protesters have been killed and thousands have been wounded since the unrest began on Oct. 1, when demonstrators took to the streets in Baghdad and across Iraq’s mainly Shiite south to decry rampant government corruption and lack of basic services despite Iraq’s oil wealth.

The leaderless movement seeks to dismantle the sectarian system and unseat the government, including Prime Minister Adil Abdul-Mahdi.