BAGHOUZ, Syria — Angry civilians evacuating from the last shred of territory held by Islamic State militants in Syria praised the extremist group Wednesday and chanted “Islamic State will remain,” underscoring the defiance of IS fighters and their supporters even as their defeat looms.

The U.S.-backed Syrian Democratic Forces, the group spearheading the fight against IS in Syria, has been applying a combination of military force to put pressure on the militants who refuse to surrender, followed by pauses to allow for the evacuation of civilians.

Thousands of people have streamed out of Baghouz in the last few days under a stepped-up assault by the U.S.-led coalition and their ground partners. The latest wave of evacuations brings the final defeat of IS by the Kurdish-led SDF a step closer — a milestone in the devastating four-year campaign to defeat the group’s so-called “caliphate” that once covered a vast territory straddling both Syria and Iraq.

On Wednesday, a group of women seen at a reception area set up in the desert, where they were screened by SDF officials, were rowdy, aggressive and defiant, praising the Islamic State group and screaming angrily at journalists. Wearing black robes with a black face cover, they pointed their fingers at the group and screamed: “Islamic State will stay, God is great, God is great, Islamic State will stay!” A couple of women took off their shoes and raised them in the direction of journalists. “Take a picture of the shoe, the shoes are better than you,” one said. Children joined, raising their fingers in the air. 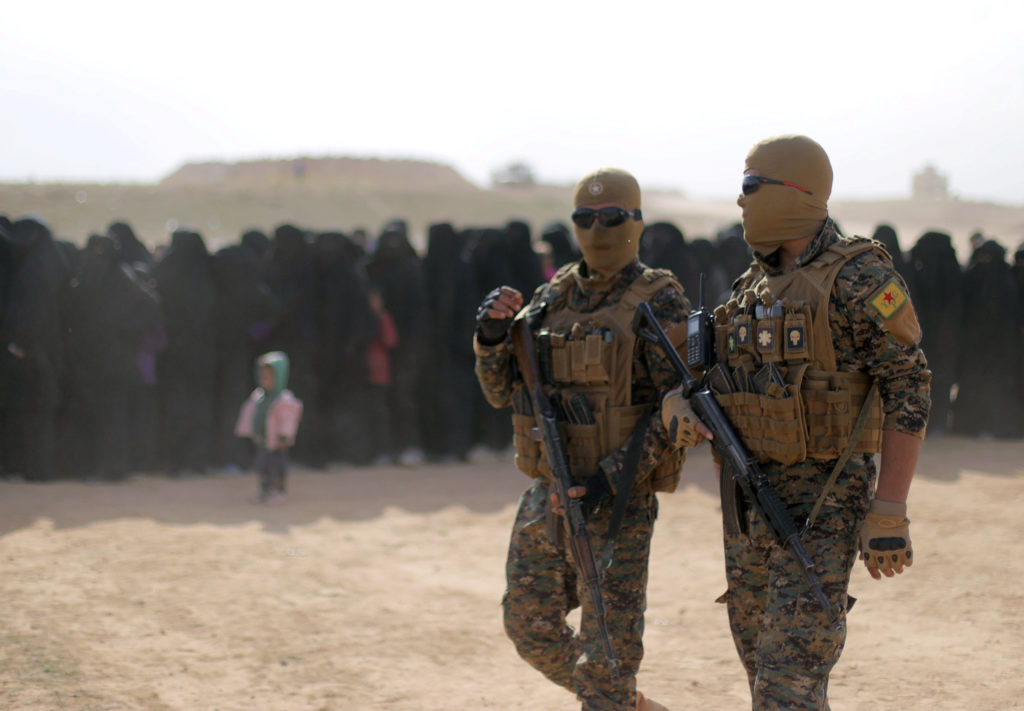 A 30-year-old Iraqi woman said her 1-month-old baby, who was sick, died overnight in the reception area from the cold.

“I didn’t want to leave except to treat her,” the woman who identified herself as Um Fatima said. She cursed the SDF and said: “The Islamic state will remain and expand, God willing,” and walked away. A group of men were seated on the ground, under the watchful eye of SDF fighters, many of them covering their faces with checkered scarves.

The scenes of surrender, humiliation and anger highlighted the desperation of the group as their last bastion teeters on the edge of collapse.

Many among those leaving Wednesday appeared to be wives and children of IS militants. But among those who emerged were 13 Yazidi children from Iraq, looking dusty, dirty and in a state of shock. At least 75 men also came out, going straight to the interrogation area.

READ MORE: U.S.-backed Syrian fighters advance on 2 fronts against IS

The scenes of surrender, humiliation and anger highlighted the desperation of the group as their last bastion teeters on the edge of collapse. The SDF announced a military operation to liberate Baghouz in September, but has held off on a full blown assault after it became apparent that a huge number of civilians were still inside. Over the last three weeks , more than 10,000 people, many of them exhausted and wounded followers, have evacuated.

The militants — many of them foreigners, including Iraqis and Central Asians along with some Syrian fighters — are now fighting their final battle, holed up in tunnels and caves inside Baghouz. An SDF commander said Wednesday when the last batch of civilians and evacuees leave, they will bomb the remaining hardcore militants who have vowed to die in Baghouz. 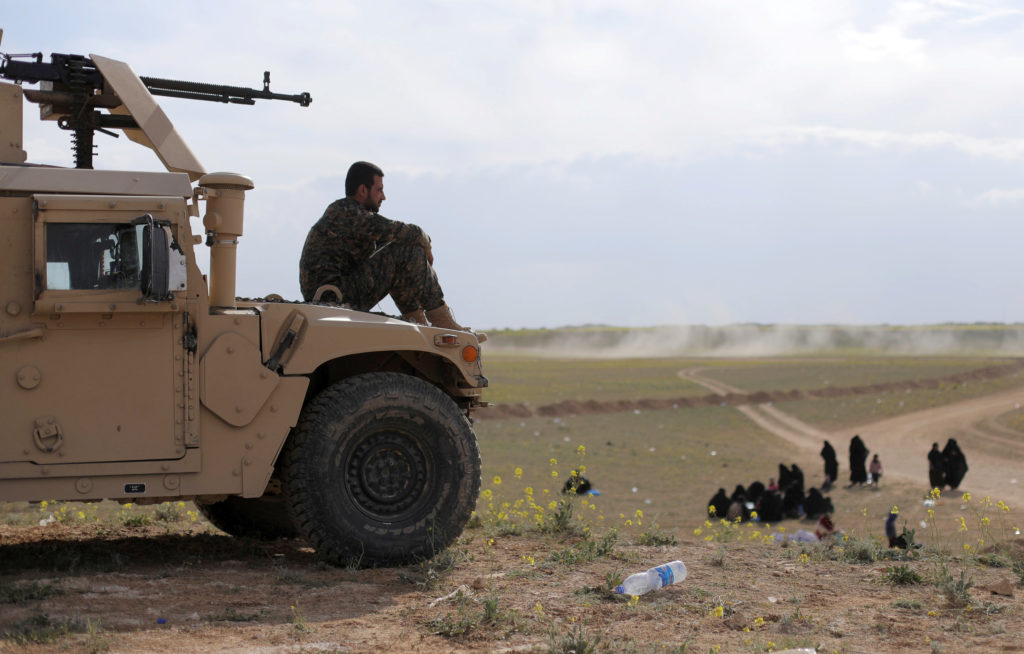 The commander said those fighters are hiding in caves and are ready to blow themselves up. He spoke on condition of anonymity because he was not authorized to speak to the media.

Loubna, a 30-year-old woman from the Syrian town of al-Bab, said there were many bodies on the streets in the IS-held area, burned by a fire in an ammunition depot on the edge of the camp was ignited over the weekend by a coalition airstrike. The fire was still smoldering days later.

Loubna said she opted to leave but her husband, a Syrian, decided to stay. He will fight till the end, she said, adding he is prepared to blow himself up. “God will send help,” she said. Loubna said didn’t think she would see her husband again, and will raise her five kids to become jihadists.

Why U.S. policy toward negotiating with terrorists may be risking Americans’ lives