CARACAS, Venezuela — Venezuelan opposition protesters on Saturday confronted security forces on a main avenue in Caracas, venting their anger over a nationwide blackout, shortages of basic necessities and the government of President Nicolas Maduro.

Demonstrators on Avenida Victoria in the Venezuelan capital pushed against the shields of riot police, who later withdrew from the area. 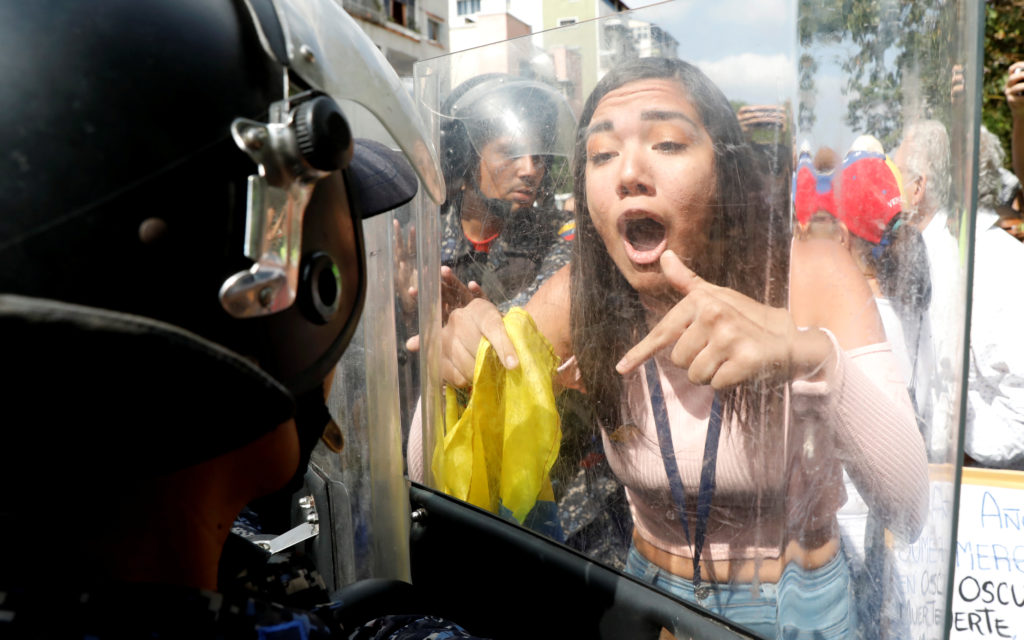 Security forces have deployed in large numbers in the city ahead of planned rallies by supporters of opposition leader Juan Guaido. Police units and members of the National Guard gathered at several intersections, wearing helmets and carrying shields and other anti-riot gear. Several columns of security forces moved on motorcycles.

Meanwhile, Maduro’s backers planned to hold a rival demonstration as power returned to many parts of Venezuela after the country’s worst blackout, which started late Thursday and only started to ease about 24 hours later. 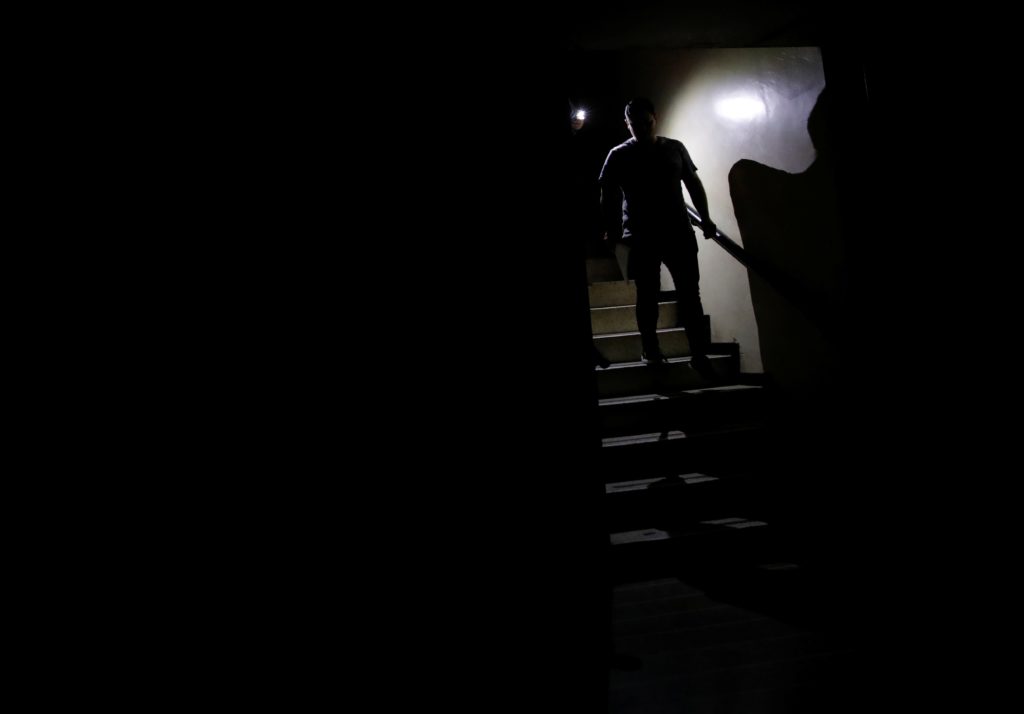 People use light from phones while they walk at the staircase of a building during a blackout in Caracas, Venezuela on March 7, 2019. Photo by Carlos Garcia Rawlins/Reuters 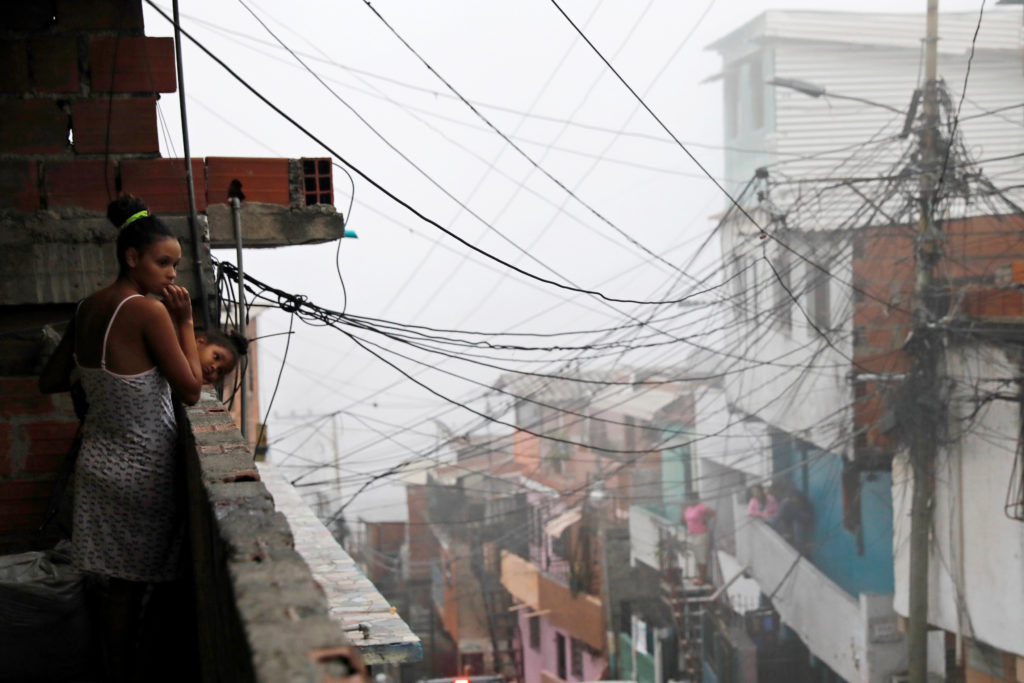 A woman looks from a balcony during a blackout in Catia slum in Caracas, Venezuela March 8, 2019. Photo by Carlos Jasso/Reuters

On Saturday morning, managers of the Caracas subway said they were waiting for the power supply to stabilize before resuming service.

Guaido attributed the blackout to alleged corruption and mismanagement under the government of Maduro, who said the outage was part of a U.S.-backed plot to force him from power.

The United States and about 50 other countries support Guaido’s campaign to oust Maduro and hold elections.

Guaido, 35, is the leader of Venezuela’s National Assembly.