The rains and flooding kept needed supplies from arriving in the main city of Pemba on Monday and will be a challenge in the days ahead as more wet weather is forecast, said U.N. humanitarian spokeswoman Gemma Connell in an interview with The Associated Press.

The government again urged residents of Pemba to flee to higher ground. More than 22 inches (55 centimeters) of rain have fallen in Pemba since Kenneth made landfall on April 25, just six weeks after Cyclone Idai tore into central Mozambique.

It was the first time two cyclones have struck the country in a single season.

It was the first time two cyclones have struck the country in a single season, and Kenneth was the first cyclone recorded so far north in Mozambique in the era of satellite imaging.

Up to 3 inches of rain was forecast for the next 24 hours, and rivers were expected to reach flood stage by Thursday, the U.N. humanitarian office said, citing a U.K. aid analysis. It is the end of the rainy season and rivers already were running high.

Tens of thousands of people in the Macomia and Quissanga districts north of Pemba and on Ibo island need food and shelter. About 35,000 buildings and homes were damaged or destroyed, the government said. At least three bridges collapsed, stranding residents of some communities.

“These people lost everything,” Connell said. “It is critical that we get them the food that they need to survive.”

Women and children have been hit hardest, she said, with a need for all the basics, especially shelter.

A lull in the rain Tuesday allowed a first aid flight to leave for Quissanga, the U.N. World Food Program told reporters in Geneva.

The largely rural region will feel the cyclone’s effects for months to come, having disrupted fishing and agriculture, the WFP said. About 31,000 hectares (76,600 acres) of crops were lost at the peak of the harvest season. 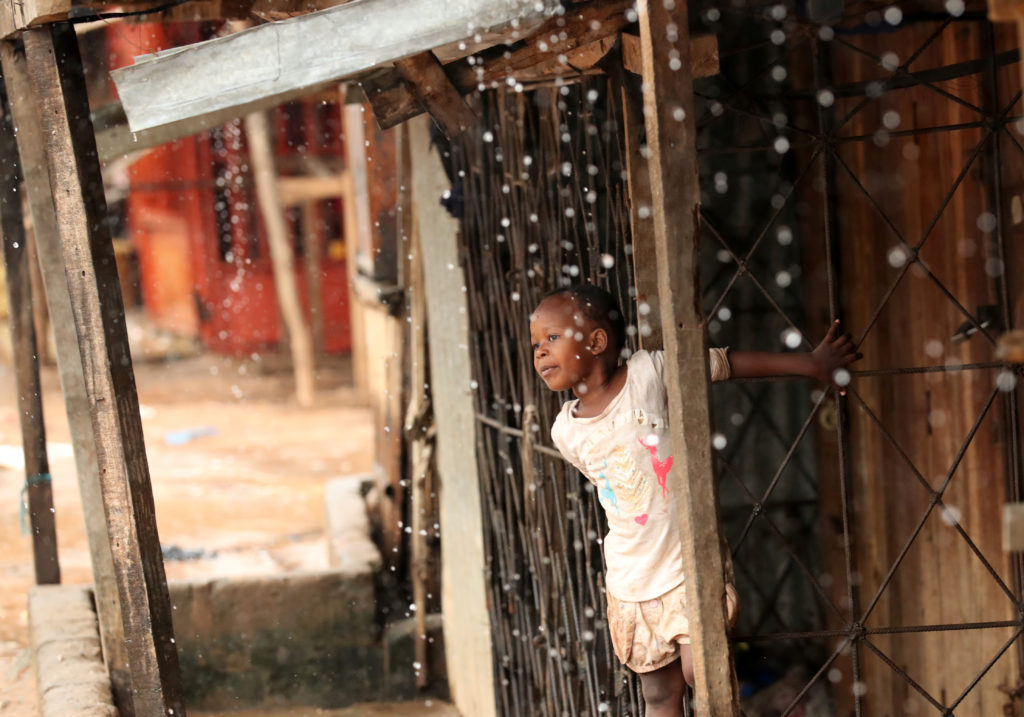 A child looks out from a shack as rain falls in the aftermath of Cyclone Kenneth, in Pemba, Mozambique, on April 29, 2019. Photo by REUTERS/Mike Hutchings

Authorities were preparing for a possible cholera outbreak as some wells were contaminated and safe drinking water is a growing concern.

Cyclone Idai killed more than 600 people last month. Having been struck by two deadly storms, Mozambique faces “a very complex humanitarian situation,” Connell said. Only a quarter of the funds needed for relief efforts from Idai has come in, and funding for Kenneth has been slow.

“This is a new crisis,” she said. “We are having to stretch across the two operations. That is a basic reality we are dealing with every day.”

Left: Agiro Cavanda looks at his flooded home in the aftermath of Cyclone Kenneth, at Wimbe village in Pemba, Mozambique, on April 29, 2019. Photo by REUTERS/Mike Hutchings