HONG KONG — Embattled Hong Kong leader Carrie Lam sought to quell public anger Saturday by shelving an unpopular extradition bill that has highlighted apprehension about relations with mainland China, but opponents of the measure said it was not enough.

“It’s possible there might be even worse confrontations that might be replaced by very serious injuries to my police colleagues and the public… I don’t want any of those injuries to happen.” – Hong Kong leader Carrie Lam

Activists said they were still planning a mass protest for Sunday, a week after hundreds of thousands marched to demand Lam drop the legislation, which many fear would undermine freedoms enjoyed by this former British colony but not elsewhere in China.

The battle over the proposal to amend the Fugitive Offenders Ordinance to allow some suspects to face trial in mainland Chinese courts has evolved into Hong Kong’s most severe political test since the Communist Party-ruled mainland took control in 1997 with a promise not to interfere with the city’s civil liberties and courts.

Critics said Lam should withdraw the plan for good, resign and apologize for police use of potentially lethal force during clashes with protesters on Wednesday.

“Democrats in Hong Kong simply cannot accept this suspension decision,” said lawmaker Claudia Mo. “Because the suspension is temporary. The pain is still there.”

The decision was “too little, too late,” she said. 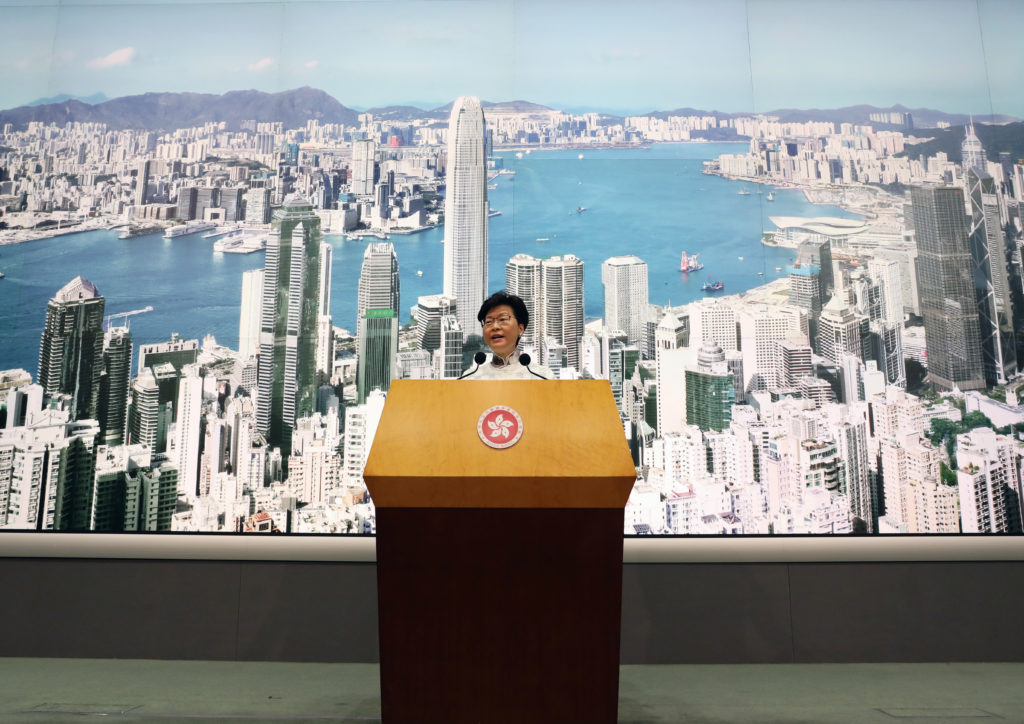 “Hong Kong people have been lied to so many times,” said Bonny Leung, a leader of the Civil Human Rights Front, one of the groups that has helped organize the demonstrations.

Lam has said the legislation is needed if Hong Kong to uphold justice, meet its international obligations and not become a magnet for fugitives. The proposed bill would expand the scope of criminal suspect transfers to include Taiwan, Macau and mainland China.

China has been excluded from Hong Kong’s extradition agreements because of concerns over its judicial independence and human rights record.

Speaking to reporters after announcing her decision Saturday, Lam sidestepped questions over whether she should quit. She insisted she was not withdrawing the proposed amendment and defended the police.

But she said she was suspending the bill indefinitely. It was time, she said, “for responsible government to restore as quickly as possible this calmness in society.”

“I want to stress that the government is adopting an open mind,” she said. “We have no intention to set a deadline for this work.”

She emphasized that a chief concern was to avoid further injuries both for the public and for police. About 80 people were hurt in the clashes earlier in the week, more than 20 of them police.

“It’s possible there might be even worse confrontations that might be replaced by very serious injuries to my police colleagues and the public,” she said. “I don’t want any of those injuries to happen.”

Lam apologized for what she said were failures in her government’s work to win public support for the bill, which is opposed by a wide range of sectors in Hong Kong, including many teachers, students, lawyers and trade unions.

But she insisted the bill is still needed.

“Give us another chance,” she said.

Beijing-appointed Lam said she had the central government’s backing for her decision to yield to the protests. A Foreign Ministry spokesman, Geng Shuang, said in a statement Saturday that the Chinese government “expresses support, respect and understanding” for Lam’s decision.

Many analysts believe that given deep public frustration over expanding control from Beijing under President Xi Jinping, China’s strongest leader in decades, Lam might eventually have to abandon the plan altogether. 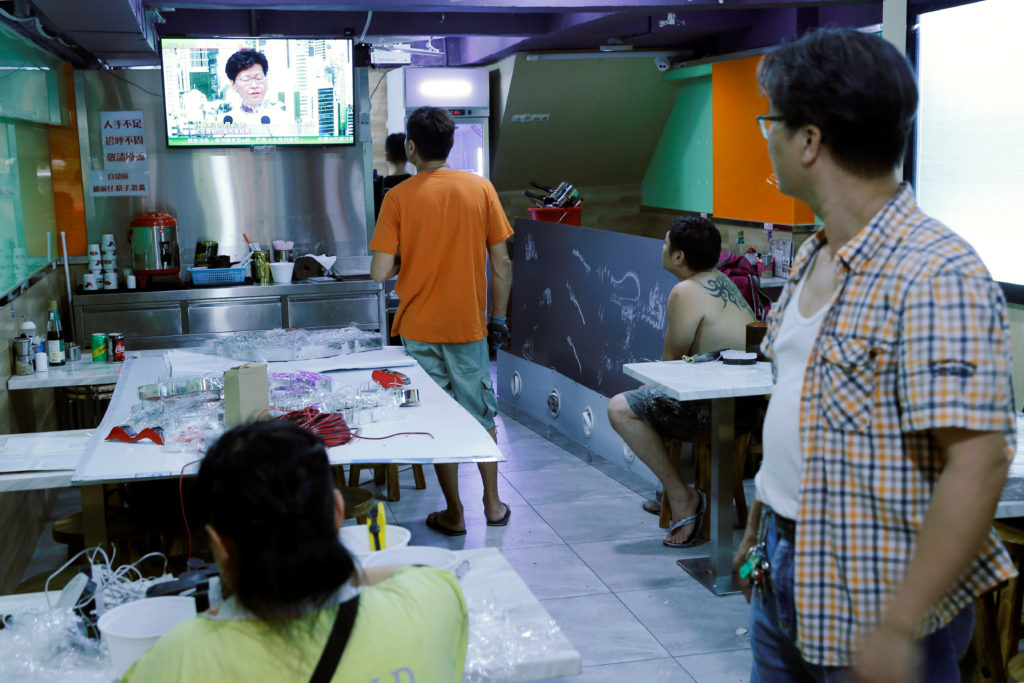 “If there’s more mass action this week that doesn’t degenerate into smashing, they will have to,” said Ken Courtis, an investment banker who has worked in Hong Kong off and on for many years.

The anger seen in the streets has been directed squarely at Lam and the Hong Kong government, not Beijing, he notes.

“Young people continue to be very dissatisfied,” said Courtis, chairman of Starfort Investment Holdings. “The economy’s not growing like people thought it would grow.”

Lam acknowledged that the government needed to tackle other issues, especially a dire lack of affordable housing. She also cited the economy as a concern.

The extradition bill has drawn criticism from U.S. and British lawmakers and human rights groups, prompting Beijing to lash back with warnings against “interference” in its internal affairs.

But analysts say China also has to weigh the risk of seeing Hong Kong, a vital port and financial center of 7 million people, possibly losing its special economic status.

Under the 1992 U.S.-Hong Kong Policy Act, Beijing needs to abide by its “one country, two systems” promises to respect the territory’s legal autonomy for 50 years as promised under the agreement signed with Britain for the 1997 handover.

Already, many here believe the territory’s legal autonomy has been significantly diminished despite Beijing’s insistence that it is still honoring those promises.

Prosecutions of activists, detentions without trial of five Hong Kong book publishers and the illegal seizure in Hong Kong by mainland agents of at least one mainland businessman are among the moves in recent years that have undermined that

In may well be in China’s interest to help Hong Kong’s role as a financial center to grow in importance given the current extreme trade tensions with the U.S.

Much hinges on whether protests persist or again turn violent, Courtis said.

“That is a limit, a brake of common sense of how far Beijing would push these things,” he said. “The last thing Beijing wants, with all this trouble with Washington, is that Hong Kong boils over.”