The famed Louvre in Paris has been temporarily shut down as employees on Friday rushed to relocate thousands of pieces of art from the museum’s basement vaults after a week of rain caused flooding across Europe.

The United Nations Office for Disaster Risk Reduction said the Louvre, along with the Musée d’Orsay in Paris, would both be closed as the Seine River rose above the “preliminary alert” level of 5 meters, or approximately 16 feet. The waterway peaked at about 20 feet early Saturday before it began receding.

Officials at the Louvre announced on Twitter that the museum would be closed to the public until Tuesday due to the rising waters of the nearby Seine, which breached its banks in recent days to levels not seen in decades. Musée d’Orsay will remain closed until Monday.

With the Seine’s waters spilling over to nearby walkways, employees at the Louvre worked to move some of the museum’s 250,000 works stored in the basement. Both the Louvre and Musée d’Orsay are located next to the river. 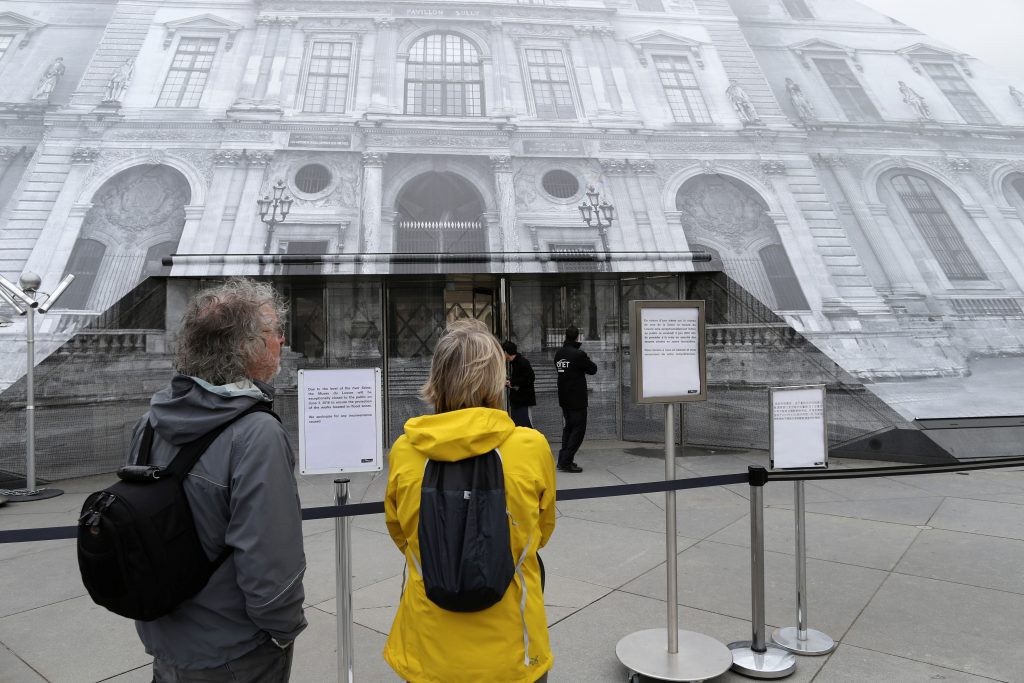 Tourists read information notices that indicate that the Louvre Museum is closed due to the rising Seine River in Paris, France, after days of almost non-stop rain caused flooding in the country, June 3, 2016. Photo by John Schults/Reuters

Among the Louvre’s vast collection is Leonardo Da Vinci’s “Mona Lisa” and other priceless works of art dating as far back as the Middle Ages. One section of the museum, the Louvre Palace, was built as a fortress in the 12th century.

Musée d’Orsay was built in a former railway station and is known for its collection of impressionist art from the period between 1848 and 1914.

Officials at the Musée d’Orsay posted on Twitter that they were moving some of their pieces with a photo of works wrapped in plastic.

Images and videos from France this week show residents walking, biking, driving and, in some instances, boating through the deluged streets of Paris, where much of the flooding has hit.

Those in the suburbs outside of the city were inundated as well, with some drivers trapped in their vehicles along a highway transported to safety and others carried from their homes by emergency workers in motorized boats. Thousands of people have been evacuated in total.

The week of rain follows France’s wettest May since record-keepers began tracking precipitation in the country in the late 1800s. 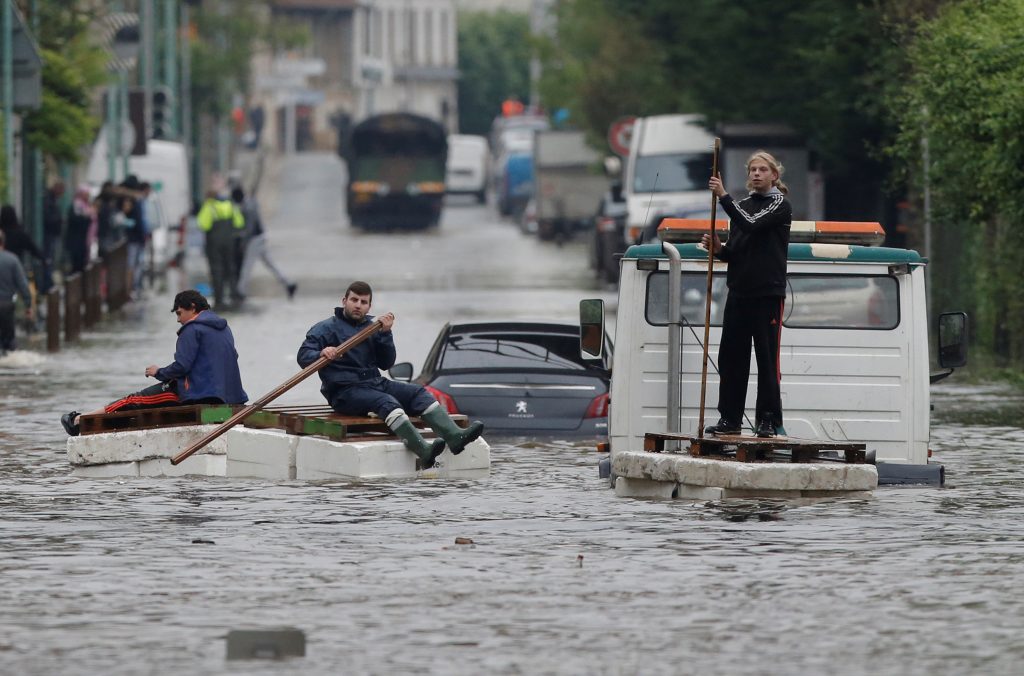 Residents who refused to be evacuated sit on makeshift boats during evacuation operations of the Villeneuve-Trillage flooded suburb in Villeneuve Saint-Georges, outside Paris, France, June 3, 2016 after days of almost non-stop rain caused flooding in the country. Photo by Christian Hartmann/Reuters

At least four people were killed by the flooding in France, 10 in Germany, two in Romania and one in Belgium, officials said.

Before the Seine began receding, flooding reached large sections of France and raised fears that the swelling river could surpass catastrophic levels not seen in more than 100 years, when torrential rains over 45 days caused waterways overflow and submerge about 1600 square miles of the city during the “Great Flood” of 1910. 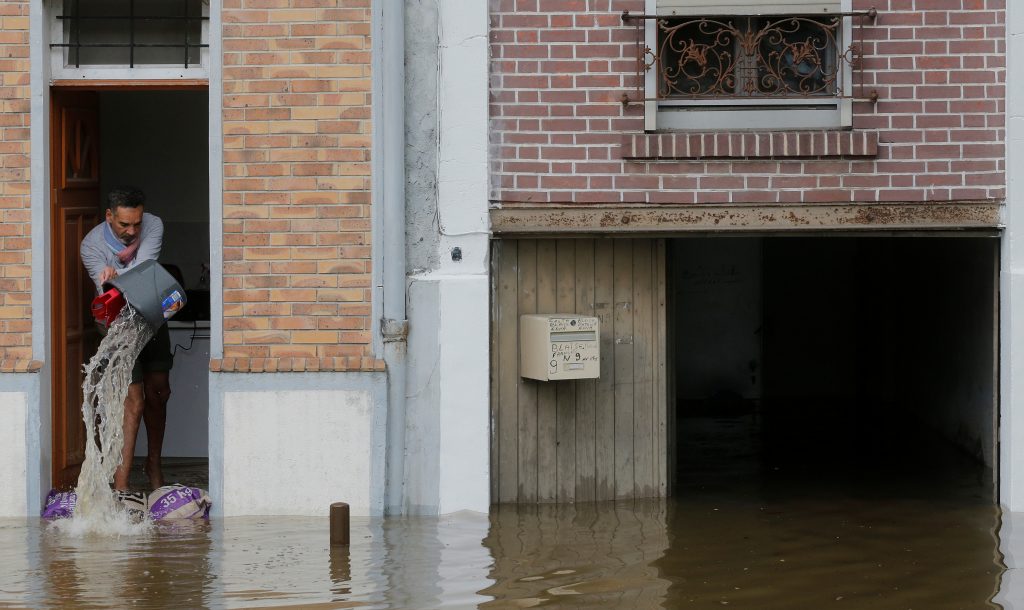 A man scoops water from his house in the flooded suburb of Villeneuve-Trillage in Villeneuve Saint-Georges, outside Paris, France, June 3, 2016 after days of almost non-stop rain caused flooding in the country. Photo by Christian Hartmann/Reuters

A map released by the French emergency service Vigicrues showed this the threat this week was largely centered in the country’s capital, though many of Paris’s suburban towns and villages also were immersed in high waters.

“It will take at least a week for the Seine to return to its normal level,” Bruno Jamet, a hydrologist at Vigicrues, told Reuters.

Left: Crates with pieces of artworks from the collections of the Louvre Museum are seen near statues after it was closed to the public due to the rising Seine River in Paris, France, after days of almost non-stop rain caused flooding in the country, June 3, 2016. Photo by John Schults/Reuters