Nigeria’s candidates blame each other in surprise vote delay

YOLA, Nigeria — Nigeria’s top candidates on Saturday condemned the last-minute decision to delay the presidential election for a week until Feb. 23, blaming each other but appealing to Africa’s largest democracy for calm.

The decision, announced just five hours before polls were to open, is a costly one. Authorities now must decide what to do with already delivered voting materials in a tense atmosphere where some electoral facilities in recent days have been torched.

Electoral commission chairman Mahmood Yakubu told surprised observers, diplomats and others that the delay had nothing to do with insecurity or political influence. He blamed “very trying circumstances” including bad weather affecting flights and the fires at three commission offices in an apparent “attempt to sabotage our preparations.” 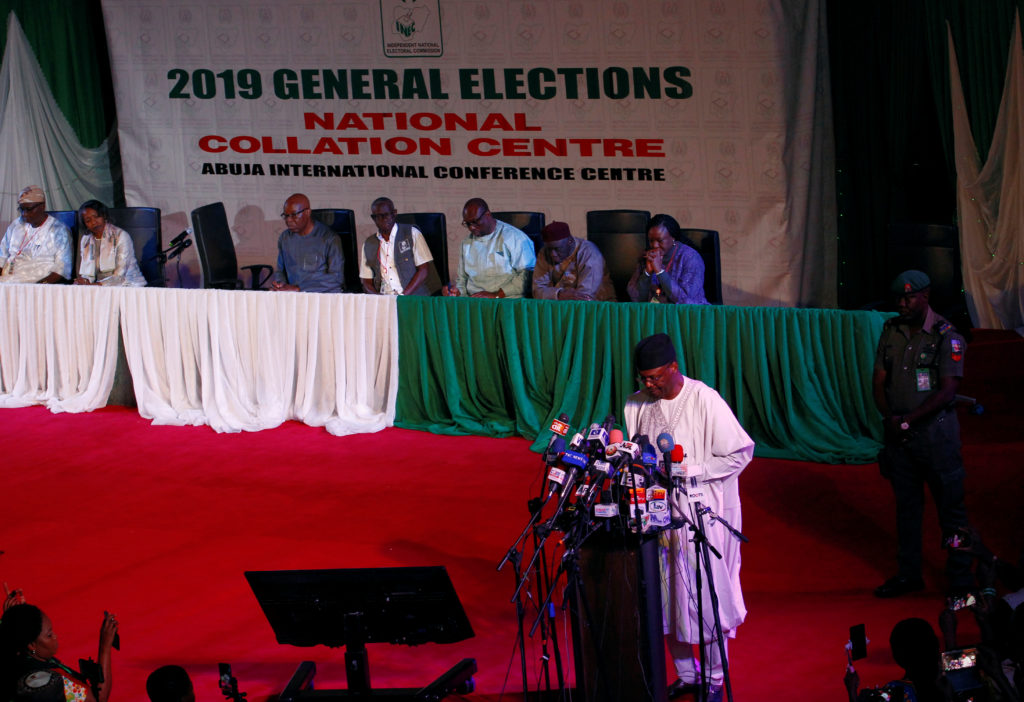 Mahmood Yakubu, chairman of the Independent Electoral Commission (INEC), speaks during a news conference, after the postponement of the presidential election, in Abuja, Nigeria February 16, 2019. Photo by Gbemileke Awodoye/Reuters

If the vote had continued as planned, polling units could not have opened at the same time nationwide. “This is very important to public perceptions of elections as free, fair and credible,” Yakubu said, adding that as late as 2 a.m. they were still confident the election could go ahead.

The new Feb. 23 election date is “without equivocation” final, he said. Nigeria’s election process is a sprawling affair with over 23,000 candidates for various posts and more than 84 million registered voters. 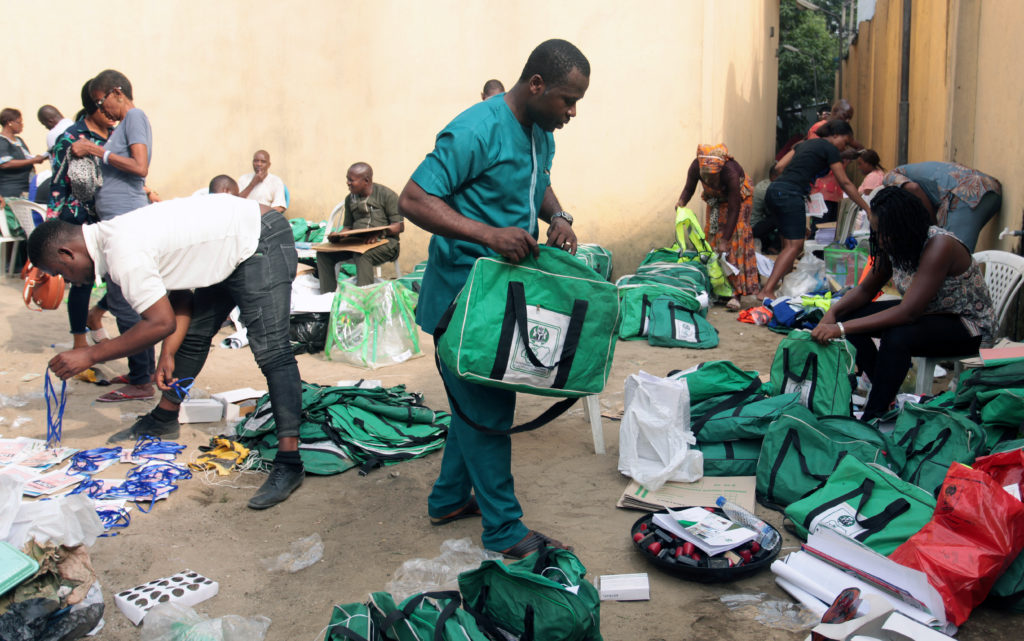 Some bitter voters in the capital, Abuja, and elsewhere who traveled home to cast their ballots said they could not afford to wait another seven days, and warned that election apathy could follow. Some anguished over rescheduling weddings, exams and other milestones, along with those in Nigeria’s vast diaspora who had returned home to vote.

The party backing top opposition challenger Atiku Abubakar accused President Muhammadu Buhari’s administration of “instigating this postponement” with the aim of ensuring a low turnout. Its statement urged Nigerians to turn out in greater numbers a week from now. 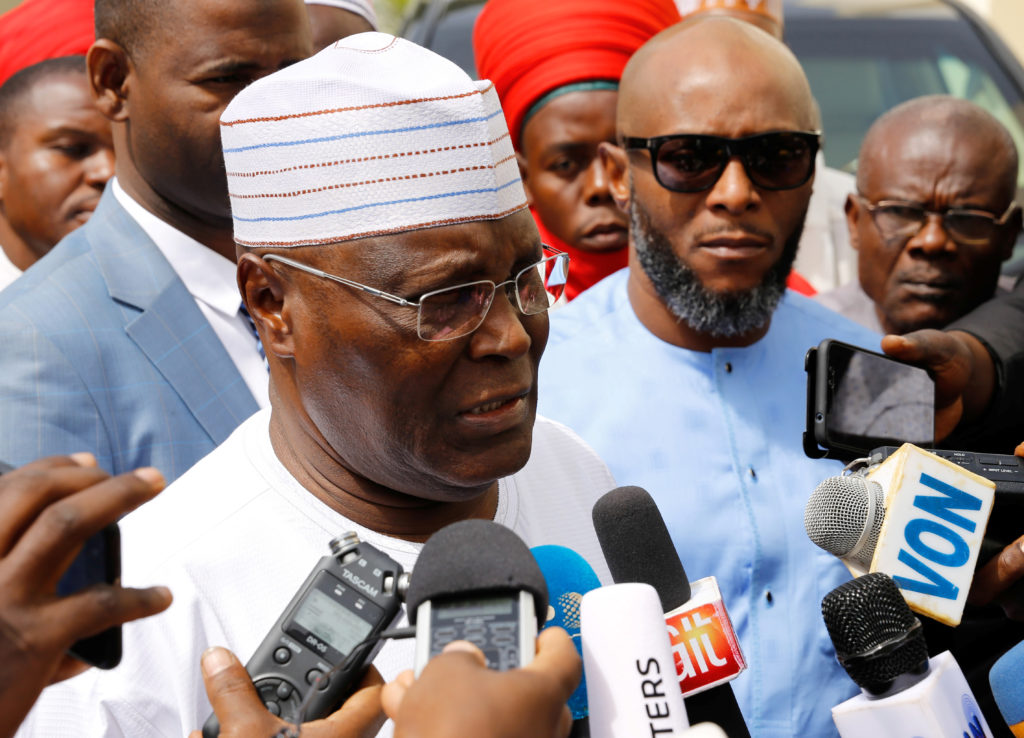 Abubakar, speaking to reporters outside his home in northern Adamawa state, urged calm. “We will overcome this. You can postpone an election, but you cannot postpone destiny,” he later tweeted. A party spokesman in Delta state in the restive south said the commission “has destroyed the soul of Nigeria with this act.” 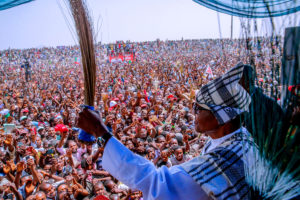 Buhari said he was “deeply disappointed” after the electoral commission had “given assurances, day after day and almost hour after hour that they are in complete readiness for the elections. We and all our citizens believed them.” His statement appealed for calm and stressed that his administration does not interfere in the commission’s work.

A spokesman for Buhari’s campaign committee, Festus Keyamo, accused Abubakar’s party of causing the delay to create a “breather” and try to slow the president’s momentum.

One ruling party campaign director in Delta state, Goodnews Agbi, told The Associated Press it was better to give the commission time to conduct a credible vote instead of rushing into a sham one “that the whole world will criticize later.” 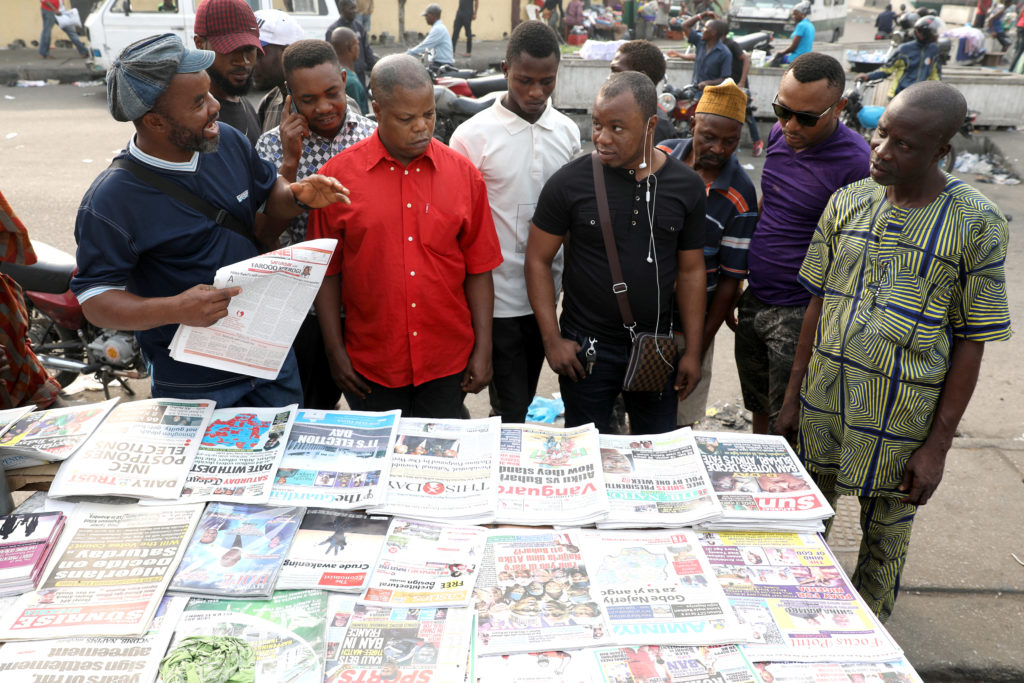 People read newspapers after the postponement of the presidential election in Lagos, Nigeria February 16, 2019. Photo by Temilade Adelaja/Reuters

Frustrated voters gathered in the capital. “I am not happy, and I’m very, very angry,” Yusuf Ibrahim said. A civic group monitoring the election, the Situation Room, blasted the “needless tension and confusion” and called on political parties to avoid incitement and misinformation.

Nigeria’s more than 190 million people anticipate a close race between Buhari and Abubakar, a billionaire former vice president. Both have pledged to work for a peaceful election even as supporters, including high-level officials, have caused alarm with vivid warnings against foreign interference and allegations of rigging.

Does supporting one party or the other remove your sense of love for your country? Does it snatch common sense from your being? Asking for some of my twitter political friends

When Buhari came to power in 2015 — after a six-week election delay blamed on extremist insecurity — he made Nigerian history with the first defeat of an incumbent president. The election was hailed as one of the most transparent and untroubled ever in Africa’s most populous country, which has seen deadly post-vote violence in the past.

Now Buhari could become the second incumbent to be unseated. This election is a referendum on his record on insecurity, the economy and corruption, all of which he has been criticized by some Nigerians for doing too little too slowly.

Left: People carry banners as they drive along a street, after the postponement of the presidential election, in Abuja, Nigeria February 16, 2019. Photo by Gbemileke Awodoye /Reuters