HELSINKI (AP) — Russian President Vladimir Putin warned his Finnish counterpart Saturday relations between the two neighbors could be “negatively affected” if Finland follows through with plans to apply for NATO membership.

The Kremlin’s press service said in a statement that Putin told Sauli Niinisto that Finland’s abandonment “of its traditional policy of military neutrality would be an error since there are no threats to Finland’s security.”

“Such a change in the country’s foreign policy could negatively affect Russian-Finnish relations, which had been built in the spirit of good neighborliness and partnership for many years, and were mutually beneficial,” the statement added.

The response came after Niinisto told Putin in a phone conversation that the militarily non-aligned Nordic country that has a complex history with its huge eastern neighbor “will decide to apply for NATO membership in the coming days”.

Niinisto’s office said in a statement that the Finnish head of state told Putin how starkly Finland’s security environment had changed after Moscow’s Feb. 24 invasion on Ukraine, and pointed to Russia’s demands on Finland refraining from seeking membership to the 30 member-state Western military alliance.

“The discussion (with Putin) was straightforward and unambiguous and was held without exaggeration. Avoiding tensions was considered important,” said Niinisto, Finland’s president since 2012 and one of a handful of Western leaders who has been in regular dialogue with Putin over the past decade.

Niinisto pointed out that he had already told Putin at their first meeting in 2012 that “each independent nation would maximize its own security.”

“That is still the case. By joining NATO, Finland will strengthen its own security and assume its responsibilities. It is not something away from anybody,” Niinisto said.

Niinisto stressed that Finland, despite its likely future membership in NATO, wants to continue to deal with Russia bilaterally in “practical issues generated by the border neighborhood” and hopes to engage with Moscow “in a professional manner”. 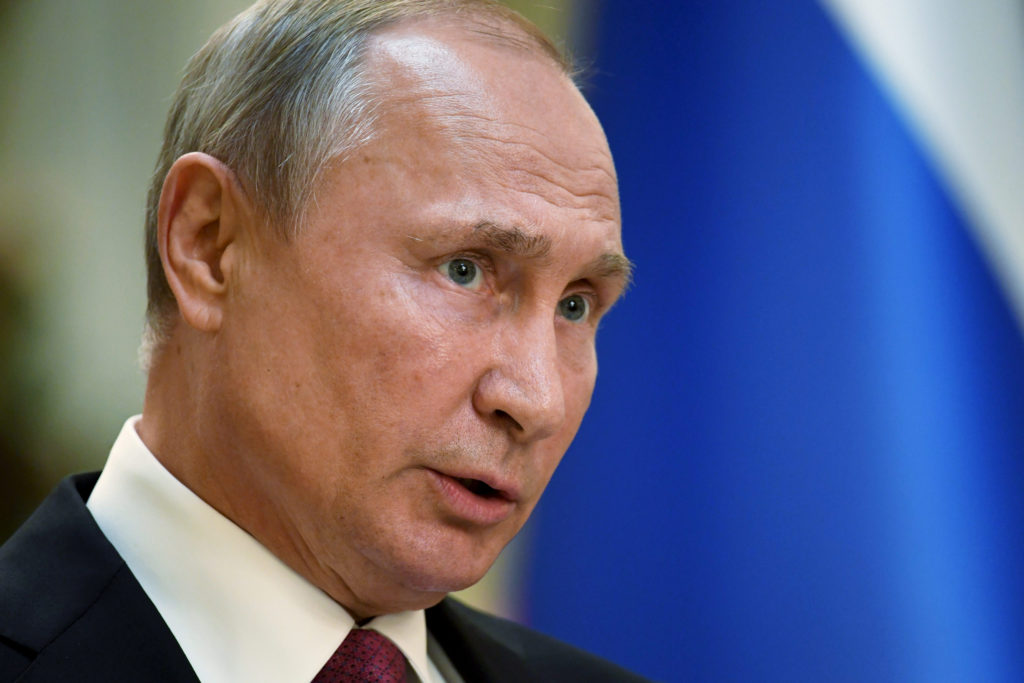 According to the Kremlin statement, the two leaders also discussed Russia’s military operation in Ukraine, and the possibility of achieving a political solution to the situation. Putin said negotiations between Moscow and Kyiv had been suspended due to Ukraine’s “lack of interest in a serious and constructive dialogue.”

Finland shares a 1,340-kilometer (830-mile) border with Russia, the longest by any European Union member.

Niinisto and Finnish Prime Minister Sanna Marin on Thursday jointly endorsed Finland’s NATO bid and recommended that the country “must apply for NATO membership without delay” to guarantee the nation’s security amid Russia’s military maneuvers in Ukraine and Europe’s changed geopolitical and security landscape.

A formal announcement from Niinisto and Marin of Finland’s intention to apply for NATO membership is expected on Sunday. Marin’s governing Social Democratic Party approved the membership bid on Saturday, paving way for a parliamentary vote next week to endorse the move. It’s expected to pass with overwhelming support. A formal membership application would then be submitted to NATO headquarters in Brussels.

Neighboring Sweden is set to decide on its NATO stance on Sunday in a meeting of the governing Social Democratic Party led by Prime Minister Magdalena Andersson.

U.S. President Joe Biden held a joint call Friday with both Niinisto and Andersson where, according to a White House statement, he “underscored his support for NATO’s Open Door policy and for the right of Finland and Sweden to decide their own future, foreign policy and security arrangements.”

Left: Finland's President Sauli Niinisto attends a meeting of the leaders of the the Joint Expeditionary Force (JEF), a coalition of 10 states focused on security in northern Europe, at Lancaster House on March 15, 2022 in London, United Kingdom. (Photo by Justin Tallis - WPA Pool/Getty Images)