Tehran University has set up a committee to track the whereabouts of students who have been arrested in anti-government protests in Iran.

“Our efforts at the university are aimed at co-operating with the relevant authorities to create the conditions for the return of the detained students to the university and their families in the shortest possible time,” Majid Sarsangi, vice president of Tehran University, told the Iranian Students’ News Agency.

Mahmoud Sadeghi, a member of Parliament in Iran, said that approximately 90 out of the nearly 1,000 detainees were university students, 58 of them from universities in Tehran.

He also said that some of the detained students did not participate in protests and were arrested from home.

Farid Mousavi, another member of Parliament, said the arrests were preventative, while Rana Rahimpour of BBC Persian wrote that pre-emptively detaining students is “uncommon.” Mousavi added that the students would be released.

Protests across Iran began more than a week ago after the government announced a rise in fuel prices and cut in cash handouts to the lower-income people, Reuters reported. In the largest unrest since 2009, Iranians slammed the government’s interventionist foreign policy in Iraq and Syria and the repressive regime while calling for Iran’s Supreme Leader, Ayatollah Ali Khamenei, to step down. 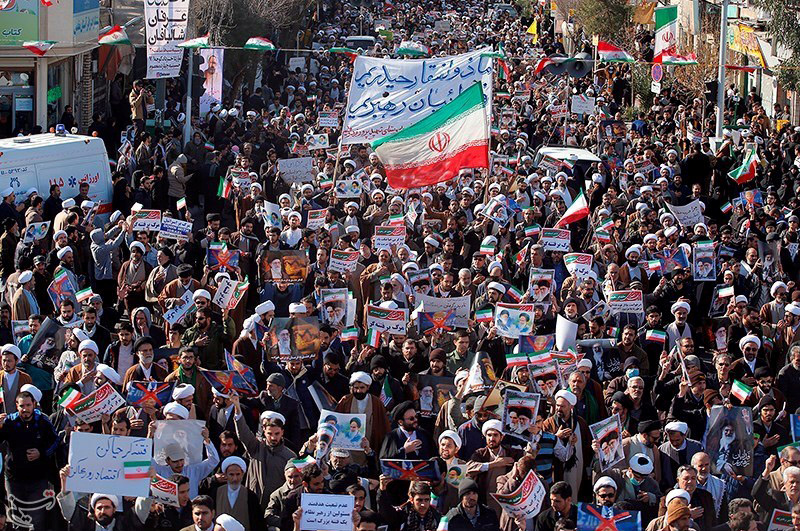 At least 21 people have been killed and hundreds have been arrested since the protests began, the Associated Press reported. Pro-government rallies entered their fourth day on Saturday. Iranian state TV of pro-government protests showed people waving Iranian flags and shouting slogans against the U.S., Britain and Israel, Reuters reported.

U.S. President Donald Trump earlier tweeted in support of the anti-government protesters and the U.S. called an emergency session of UN’s Security Council on Friday to discuss the situation in Iran, a move that Iran’s foreign minister called a blunder. The meeting instead turned into a criticism of the U.S., with members calling the protests an internal affair and reaffirming their support to the Iran-U.S. nuclear deal.

The Russian ambassador, Vasily A. Nebenzya, accused the U.S. of abusing the Security Council platform.