A few thousand yellow vest protesters marched from the Finance Ministry complex on the Seine River through southeast Paris, pushing their year-old demands for economic justice — and adding the retirement reform to their list of grievances. Most marchers were peaceful but some threw projectiles or pushed riot officers, prompting repeated bursts of tear gas from police.

The marchers appear to be emboldened by the biggest national demonstrations in years Thursday that kicked off a mass strike-and-protest movement against President Emmanuel Macron’s redesign of the pension system.

Transportation workers are central to the strike, but other groups are joining the fray, too.

Truckers striking over a fuel tax hike disrupted traffic on highways from Provence in the southeast to Normandy in the northwest. A similar fuel tax is what unleashed the yellow vest movement a year ago, and this convergence of grievances could pose a major new threat to Macron’s presidency.

The travel chaos is not deterring the government so far, though. Prime Minister Edouard Philippe plainly told the French in a nationwide address Friday: “You’re going to have to work longer.” 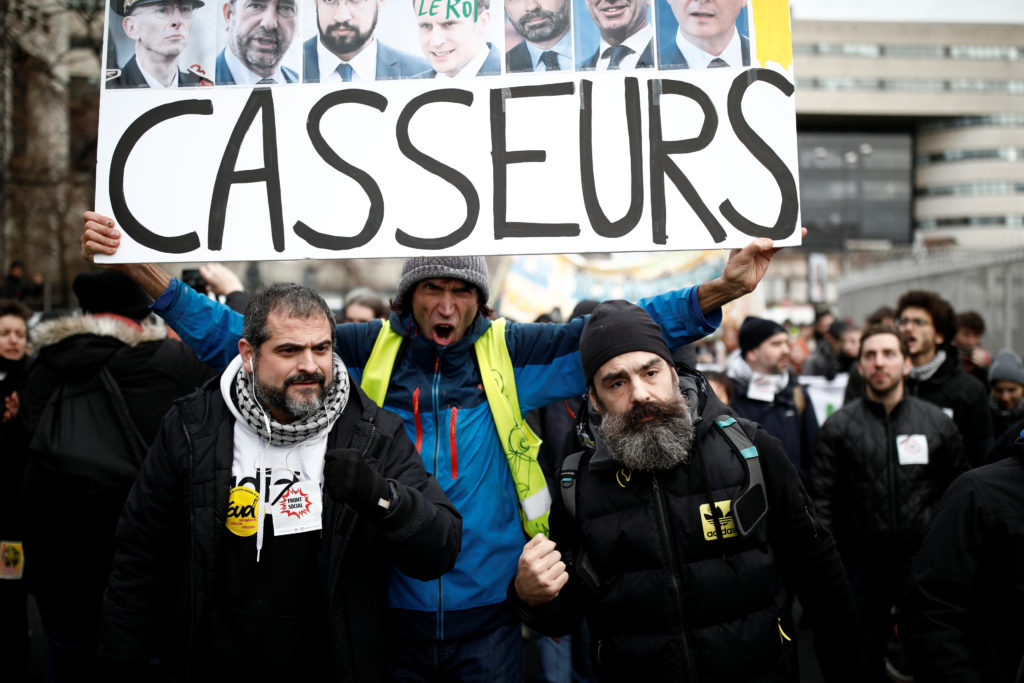 Jerome Rodrigues, one of the leading figures of the yellow vests movement, attends a demonstration during their 56th round of protests with a backdrop of social discontentment triggered by president Macron’s pensions reform plan in Paris, France, December 7, 2019. photo by Benoit Tessier/ Reuters.

He will present details of the plan next week. The government says it won’t raise the official retirement age of 62 but the plan is expected to including financial conditions to encourage people to work longer. Philippe did offer one olive branch, saying the changes would be progressive so that they don’t become “brutal.”

Macron says the reform, which will streamline a convoluted system of 42 special pension plans, will make the system more fair and financially sustainable.

Unions, however, see the plan as a threat to hard-fought workers’ rights, and are digging in for what they hope is a protracted strike. They also plan new nationwide retirement protests Tuesday, despite the tear gas and rioting that marred the edges of the Paris march Thursday.

Emmanuel Buquet, an unemployed 51-year-old from Rouen, said the mass protests gave a new impetus to the waning movement.

“Yellow vests are back out in the streets,” he told the AP. “It’s getting worse and worse, we’ve obtained nothing since last year, just crumbs. The reforms are getting stronger and stronger.” 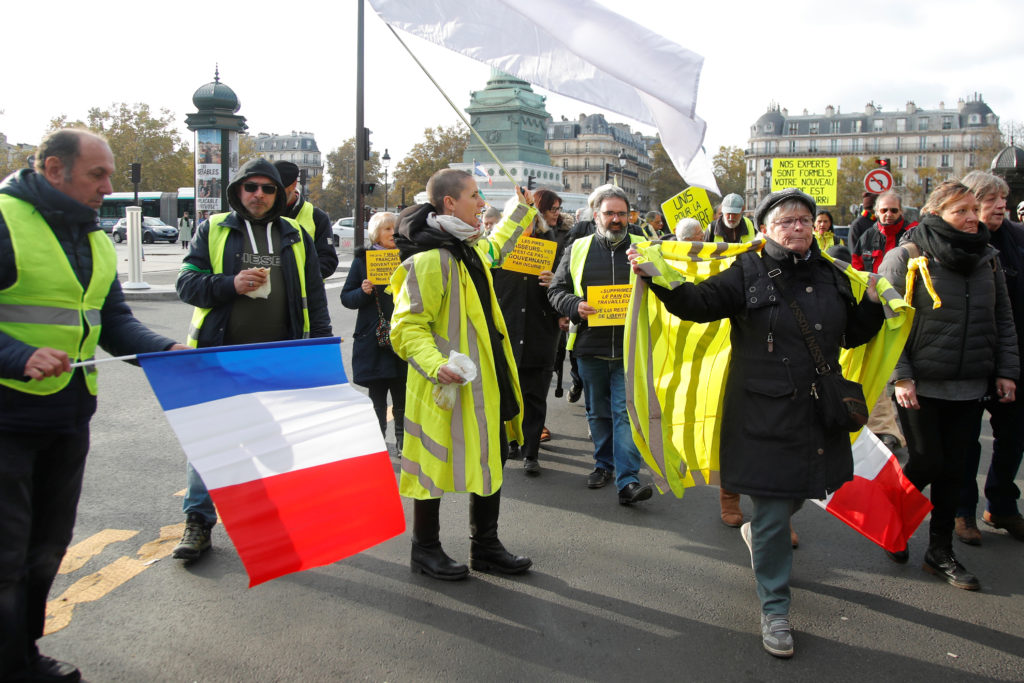 In a society accustomed to strikes and workers rights, many people have supported the labor action, though that sentiment is likely to fade if the transport shutdown continues through next week.

“I knew it was going to last … but I did not expect it to be that chaotic,” Ley Basaki, who lives in the Paris suburb of Villemomble and struggles to get to and from work in the capital, told The Associated Press on Saturday at the Gare de l’Est train station. “There is absolutely nothing here, nothing, nothing. There is no bus, nothing.”

Many travelers are using technology and social networks to find ways around the strike — working from home, using ride-sharing apps and riding shared bikes or electric scooters.

But some are using technology to support the strike: A group of activist gamers is raising money via a marathon session on game-streaming site Twitch. Their manifesto says: “In the face of powers-that-be who are hardening their line and economic insecurity that is intensifying in all layers of the population,” they are trying to “occupy other spaces for mobilization and invent other ways of joining the movement.”

Left: A protester wearing a yellow vest holds a placard reading "Let them come to take me" during the movement's 56th round of protests with a backdrop of social discontentment triggered by president Macron's pensions reform plan in Paris, France, December 7, 2019. Photo by Benoit Tessier/ Reuters.