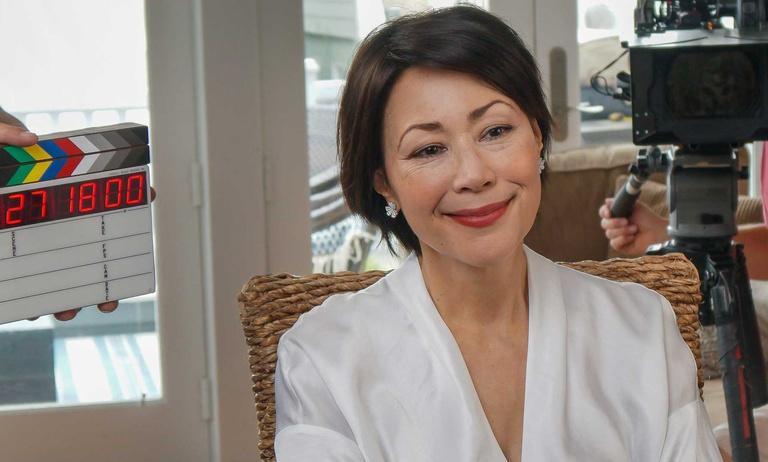 Join Ann Curry to witness reunions of those whose lives crossed at pivotal moments.

Join Ann Curry for a new series featuring dramatic reunions of people whose lives crossed at pivotal moments. View history through their eyes and hear stories of heroism, hope and the forging of unbreakable bonds.

Join Ann Curry for a new series featuring dramatic reunions of people whose lives crossed at pivotal moments. View history through their eyes and hear stories of heroism, hope and the forging of unbreakable bonds.

We’ll Meet Again is a documentary series reported and executive produced by Ann Curry. Each episode features emotional reunions between people who lived through momentous events in US modern history, with their experiences forging powerful bonds and shaping their lives across decades. We follow them on a journey of detection as they look for a special long-lost friend or stranger who helped them through those life changing events.

Children of WWII | A Japanese-American woman sent to an internment camp as a child hopes to find a friend, and a survivor from a Jewish ghetto searches for the child of the couple who befriended him.

Rescued From Mount St. Helens | Mindy searches for a scientist’s family to tell them how he saved her life, and Sue wants to find the helicopter pilot who rescued her from near-certain death.

Lost Children of Vietnam | Tina, born in Vietnam, searches for her American father. Nam hopes to find the Texas cowboy who saved him as a young boy and inspired him to come to America.

Heroes of 9/11 | Patrick searches for the stranger who comforted him after the disaster, and Tim hopes to thank the fellow chaplain who gave him the strength to carry on.

Freedom Summer | Fatima hopes to thank Thelma for her courage in the face of racism, and Sherie searches for the friend who inspired her commitment to social justice.

Coming Out | Tom wants to find the childhood friend who urged him to come out, while Paul seeks a fellow student who inspired him to stand up for his beliefs.

Saved in Vietnam | An Army officer searches for the helicopter pilot who rescued him, while another soldier wants to reconnect with the surgeon who saved his leg from amputation.

Surviving the Holocaust | One wants to find the friend he left behind when he didn’t move to Israel; the other hopes an old photo will reunite him with the girl who was his first friend.

Great Alaskan Earthquake | A woman wants to thank a friend and her mom for shielding her from harm, and a man searches for a former Little League teammate.

Escape from Cuba | Two men search for the people who helped them settle in the U.S. when they fled Castro’s Cuba