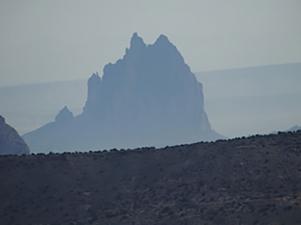 The Navajo/Diné traditional prayer is called “The Beauty Way.” Here it is in Diné—the Navajo name for their nation—and translated into English.

This past weekend, I was blessed to join eleven comrades on an expedition to Canyon de Chelly in Arizona, sponsored by the amazing Earthwalks, dedicated to a growing understanding, for us, of Native American ways, especially their spiritual traditions (the ones that can be shared), and to service—and to laughter and good food and cooperation and camping out under the stars.

Since I first moved to Santa Fe twenty-five years ago, I've longed to gain an authentic and appropriate understanding of the people among whom we live and who were here long before us, and will remain.

I’ve longed since I first moved to Santa Fe, twenty-five years ago, to gain an authentic and appropriate understanding of the people among whom we live and who were here long before us, and will remain.

I also longed for an authentic and appropriate connection to people we have so heavily abused—the Navajo Long Walk claimed seven thousand lives after Kit Carson and his raiders killed and dispersed the Diné living in Canyon de Chelly—that any approach must be delicate and careful, unassuming—and led by a skilled leader with long connections to the tribe.

Now I’ve at last found this group and this leader; Doug Conwell has maintained a thirty-year friendship with one of the Diné families that have made their home in the depths of Canyon de Chelly, at the end of dusty Jeep tracks or a perilous descent down a rocky 700-foot cliff.

The eleven of us, not all seasoned campers—I am not, by a long shot, and may never learn how to set up and take down my tent—gathered for the drive early in the morning of September 8th, loading boxes of provisions and camping gear into three cars and a truck for the seven hour drive west across New Mexico, then on into Arizona.

We arrived in time to trek down into the canyon (fortunately our gear went in the truck), made camp under a canopy of Cottonwoods with the soaring sunset-collared cliffs all around us, and, as night fell, saw a mass of stars such as we never see in cities.

Doug expertly divided us into teams to prep, prepare and clean up a hearty meal, eaten at picnic tables in the clearing. I found a new pleasure in washing dishes and pots in a kettle of steaming soapy water, although the prize for pot-cleaning has to go to George, who scrubbed woks with dirt and leaves.

We sat and talked later, around the camp fire, listening to drumming and fluting, and came to feel the special connection that unites disparate people alone in the outdoors. Who we were back at home didn’t matter; even our names were unimportant, and details of our personal biographies melted into the night. We were songs, we were the notes of a flute, we were the soft pounding of a drum, passed around the circle, we were Daniel, our Diné guide, singing a traditional song. And then we all went and scrambled into our tents and zipped ourselves up in our sleeping bags and went to dreamland under the stars—awakened before dawn for prayers, with Doug playing his flute.

Our prayers were the traditional Diné prayer, which connects at the root with all the religions, and in its simplicity provides an entrance to spiritual life we may never have found before.

Trekking up to Spider Woman Rock—the pinnacle at one end of the canyon—was a special treat; the legend of Spider Woman resonates for us moderns from our radically different tradition of plunder, competition, and despair. Spider Woman was the first to weave a web—the Diné are great weavers to this day–and to teach the people the Beauty Way.

All through the weekend, we were escorted by the extraordinary extended family of Diné who operate Beauty Way Tours, the only way to experience the canyon with the help of people who have always lived there. Their generosity and unfailing good spirits seemed to me to provide an important contrast to the negativity and failure of faith so familiar to all of us in the dominant white culture.

To cap it off, Daniel prepared a sweat lodge, a traditional rite of purification. A small dome-shaped structure, covered with tarps, holds in its center the purifying fire; Daniel added glowing rocks and water at the end of each of the four rounds. Sitting inside in the darkness, I felt the succeeding waves of heat not as unbearable but as a challenge. Each of us spoke, some hesitantly—we are not used to open confession in the dark, to a group of near-strangers—but Daniel again provided us with the model in his heart-felt words.

We crawled out at the end of the fourth round, completely drenched in sweat; in the ordinary world, there would have been a rush for showers and dry clothes, but since we had no showers and few dry clothes, we went on to eat supper and go to sleep without worrying much about it.

On our Jeep ride out of the canyon, we stopped to look at the White House ruin, one of many assemblages of habitations backed into a cranny in a cliff, which Wila Cather described as “little houses sleeping in the sun,” her recreation of the discovery of Mesa Verde.

We were able to repay a little of the Diné family’s generosity and kindness when we went to do a few hours of service at Esther’s farm, stripping corn stalks of their cobs, which she will use to feed her goats, and picking the abundant plums from her trees. She began right away to dry the plums for winter use.

Esther also sat at her loom, a sight familiar from the great Ansel Adams photo; there, the loom hangs from the limb of a tree, the tree under which we were sitting for our lunch. Esther uses a more modern device, but her patterns and her wool are the same; great hanks of the raw and root-dyed wools lay across George’s lap as he lapsed into a snooze in the noonday heat. Wasps circled around us and the food as we listened to Esther explain her weaving technique, which takes a great deal of time and experience; she is looking forward to the end of the growing season, when she can devote her whole day to her weaving. While she works, the canyon walls speak to her with the voices of her ancestors who lived and suffered there.

I understand her hunger for her work as I sit down again before this screen to add more words to the manuscript of my next book. I am blessed by that hunger, and by the time, energy and means to partially satisfy it—no writer is every completely satisfied with the results of long labor. I imagine that Esther, repeating the familiar patterns handed down to her by her ancestors, using the four colors of wool they used, may be more accepting of imperfection—but she then explained that if she makes a mistake, rows of weaving will have to be pulled out.

How lucky we were, how blessed to be together in Canyon de Chelly and to receive a bit of the wisdom of people who have survived so much and continue to flourish, surrounded by their canyon walls.