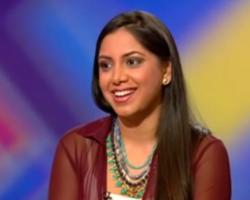 A strategic consultant, millennial entrepreneur, & media commentator based in Washington, DC for over a decade, Rina Shah has been nationally-recognized as an astute businesswoman with a strong streak of political activism. Prior to launching Rilax Strategies– a boutique practice specializing in government affairs, political consulting, and strategic communications –Shah served as a senior aide to two Republican Members of the U.S. House of Representatives. She is a now a partner in Red Fort Strategies, a K Street-based Government Relations and Public Affairs firm.

Her expertise is in building winning strategies for political and issue advocacy campaigns at every level as well as in offering strategic guidance to a wide-range of domestic and international corporations, including start-up ventures, which seek to navigate the legislative and executive branches of U.S. government.

Since completing studies at West Virginia University, the George Washington University and Cornell University’s Johnson School of Management, Rina has single-handedly or jointly formed nearly ten small businesses. Notable highlights in her consulting career include serving in the senior leadership of two U.S. Presidential campaigns; most recently, Shah was tapped as Chief Spokesperson and one of the top strategists for the 2016 campaign of Independent U.S. presidential candidate Evan McMullin. Her background also includes roles such as acting as the spokeswoman for NextGenGOP and serving on the Board of Directors fornRightNOW Women PAC.

She was recognized by BMW-USA as recipient of their 2016 “Pay It 4Ward” award for her diverse, high-impact work in various communities and for “lifting others up as [she] rise[s].” In 2014, DC Inno had this to say when they recognized her for their “50 on Fire” award: “If you’ve been in Washington, DC for any length of time, chances are you’ve heard of Shah.” Washington Life Magazine placed her among the city’s most influential young professionals in naming her to their 2018 “Young & the Guest List.” She currently serves as an adviser to VoteRunLead and The Spectrum Circle, and has held a role on RepresentWomen's Board of Directors since 2016. Shah is also the Co-Founder of the newly-launched non-profit, national organization known as Women Influencers Network (WIN). She is proud of her membership in the American Enterprise Institute's Leadership Network as well as in the Aspen Institute's Society of Fellows and on the Meridian International Center's Rising Leaders Council.

Shah is a Contributor to The Hill, a frequent guest on SiriusXM radio programs, and her opinion editorial pieces have been published by some of the world’s foremost publications such as The Washington Post. She and her work have been prominently profiled and quoted in major domestic and international media ranging from Marie Claire an Glamour magazines to News India Times and Süddeutsche Zeitung newspapers. Each week, Shah regularly appears as a guest offering analysis and commentary on networks such as PBS, MSNBC, FOX, Al Jazeera English and Arabic, BBC, Sky News, and CBC. She is a native of West Virginia who has resided in the Washington, DC metropolitan area since 2006 and continues to do so with her husband and their two young daughters.


Support for pbs.org provided by: