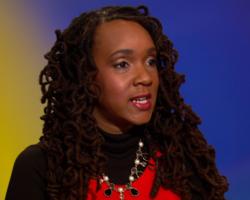 Danielle Moodie-Mills is a social entrepreneur and policy analyst with more than a decade of experience, from the classroom to Capitol Hill. She is currently an Advisor with the Fighting Injustice to Reach Equality, or FIRE, initiative that she launched with her wife, Aisha, at the Center for American Progress. She has been named one of The Root’s top 100 African American trailblazers, a “Forty Under 40” LGBT leader by The Advocate, and one of Washington’s most influential young leaders by Washington Life magazine.

Danielle’s policy analysis and cultural commentary have been published in a variety of media outlets including The Atlantic, Ebony, Essence, The Huffington Post, and countless others. She has also appeared on MSNBC’s “Melissa Harris-Perry,” Fox News, Current TV, and CBC.

Together she and Aisha produce and host “Politini,” a politics and pop culture show on blis.fm, and pen the lifestyle blog Living, Loving, and Laboring OUT Loud, or threeLOL, which covers politics, pop culture, and all the life that falls in between.

Danielle began her work building equitable and sustainable communities in the classroom as an educator specializing in early childhood and special education at a District of Columbia public charter school. She was previously the director of education advocacy at the National Wildlife Federation; legislative representative for the City of New York; and a Congressional Black Caucus fellow in the office of Rep. Yvette Clarke (D-NY). She holds an M.Ed. from George Mason University and a B.A. in politics from Marymount University.