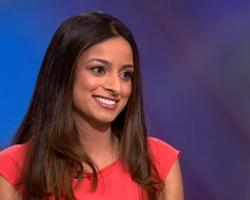 Hon. Jenifer Rajkumar is a Professor at CUNY, a civil rights lawyer and an elected district leader in Lower Manhattan's 65th Assembly, which encompasses Battery Park City, Wall Street, and the Lower East Side. She won her first race in 2011 at the age of 28 after defeating a longtime incumbent. Winning with 70% of the vote, she was labeled a surprising insurgent by The New York Daily News. As District Leader, she has established herself as a voice for tenants, workers, and small businesses. In 2012, she was named a "Rising Star" by City & State in its annual 40 Under 40 List, and has been awarded a Young Woman of Achievement Award by WIN.
As a civil rights lawyer at Sanford Heisler Kimpel LLP, Rajkumar litigates gender discrimination, tenants rights, and whistleblower cases. She was originating counsel on an amicus curiae brief filed in the United States Supreme Court on behalf of NOW, Legal Momentum, the National Women's Law Center, and Equal Rights Advocates in Mach Mining v. Equal Employment Opportunity Commission, presenting arguments in favor of equality for women in nontraditional fields of employment such as firefighting, construction and law enforcement. She was part of the legal team in Velez v. Novartis, one of the largest gender discrimination class actions ever to go to trial, which was named one of the top 10 cases in the world advancing women's rights by the U.N.  Rajkumar serves on the Legal Advisory Council of Sanctuary for Families, New York City's leading service provider and advocate for survivors of domestic violence, sex trafficking, and related forms of gender violence. She has spoken on public interest law and policy at Harvard Law School, Stanford Law School, and CUNY Law School.
Rajkumar was Co-Chair of the Ready for Hillary Millennial Council.  She also previously served on the national board of directors of the Women's Campaign Fund, which seeks to increase the number of women in elected office locally and nationally, and she currently serves on the Advisory Council of WIN.NYC.