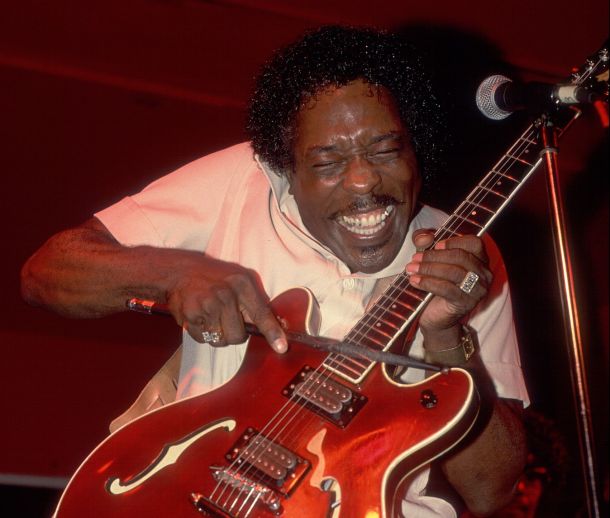 This much about Buddy Guy is well known: at 84, he’s the last living member of the blues’ Greatest Generation of electric guitarists (the group that includes Muddy Waters, B.B. King, Albert King, John Lee Hooker et al., and well, ok, spans a couple of generations). Other things are less well known.

“Most of our conversation is about food.”

That’s Shemekia Copeland’s reply when I ask her to describe her relationship with the legendary bluesman Buddy Guy. “I get recipes from him. I still use his collard green recipe to this day,” she says. “And if I need a recipe for gumbo or anything like that, I call him. Because if he was not a blues singer, he could have had a whole ‘nother career being a chef.”

Copeland, an award-winning blues singer herself, isn’t just talking about Guy’s culinary abilities. She’s talking about one of the things that make the blues the blues: the generosity of older artists toward younger ones. Turns out Buddy Guy is as giving with his musical mentorship as he is with his gastronomic secrets. Back in the ‘90s, when Copeland was still a teenager and just getting started in the business, he brought her onboard to open his shows. Not only that, he would ask her up on stage to sing with him. “Buddy was always incredibly kind to me,” she says. “He was always wanting to get me more attention.”

Copeland is far from alone in receiving Guy’s musical largesse. When another then-teenager, Christone “Kingfish” Ingram was trying to get a leg up a few years back, he didn’t have the means to make an album. Buddy not only put the young blues guitar whiz together with his own producer, Grammy-winning musician Tom Hambridge, but he actually provided the funds that allowed Kingfish to record his debut. The resulting record, “Kingfish,” garnered a Grammy nomination and a 2020 Blues Music Award for Album of the Year.

“It was such an awesome, awesome gesture,” Ingram told me. “And I will ever appreciate him for that, because he didn’t have to.”

What is it that makes an older artist take a younger one under his wing? In his autobiography, “When I Left Home,” Guy writes of his time as youngster fresh up from the South, new to Chicago and its burgeoning electric blues scene, broke, hungry, and looking for work:

Some of the guitar gunslingers wouldn’t help you if you was bleeding to death. They’d see that as one less competitor to worry ‘bout. But others, like B.B. King and Muddy (Waters) couldn’t do enough for you. God blessed them with a generous spirit. Those are the guys I was trying to be like.

Muddy Waters had heard about Guy’s ability on the guitar, and actually sought the young man out. On the first night of their long friendship, made his fellow Louisianan a salami sandwich and gave him what turned out to be invaluable advice about the younger man’s inability to read notation: “You don’t gotta worry none about reading music. Long as you can hear it in your head, you okay.”

B.B. King, too, went looking for young Buddy Guy because, as the older guitarist would tell him, “People been saying you sound like me, so I had to come here and listen for myself.” In a time and place where a man could get beaten up or worse for stealing another man’s guitar tone, it was an extraordinary gesture, and an acknowledgement of course that far from being a tone thief, Buddy Guy was the real deal. And when Buddy admitted he had copied King’s string-bending style, B.B. replied that he’d copied the style himself, from T-Bone Walker and Lonnie Johnson, “and all the others who got there before me. I wasn’t good enough to sound like them, so I stumbled on something that sounded like me.”

For Shemekia Copeland, who says she loves to hear Guy’s stories of the old days, his paying tribute to those who’ve gone before both of them is all part of his generous nature.  “I love the dude,” she says. “He’s a living legend. He’s Buddy Guy.”

There’s just one thing she’d still like him to accomplish, she says. “I’m always trying to pressure him to do a cookbook.”

Buddy Guy recorded a blistering guitar solo on this powerful Shemekia Copeland tune about domestic abuse written by John Hahn and Oliver Wood. Though she was in her early 30s and far more established than in her early days opening for him, she says the session never would have happened if she had had to invite him herself. She told me, “My balls would have never been big enough to say, ‘Buddy Guy, can you come and play on this record?’” Luckily for her fans, her management made the offer.  The result: “He came in and he was extremely professional. And he killed it.”

Guy chose this track, written by Hambridge and Richard Fleming, as the one he and Kingfish would duet on for Ingram’s debut album. “He felt like it would be a perfect fit for us to play together on,” says Kingfish, who took me through the track. “Mr. Guy takes the last solo (at 2:31), I take the first one (at 01:33). He’s got a more trebly sound.” he said. And what about that cool little ending lick at 3:40? “That’s him,” said Kingfish. It sure is. He killed this one, too.

Buddy played this one – a song Willie Dixon penned and Muddy Waters turned into a classic – on a live radio broadcast in 2014, introducing it saying, “I love Muddy Waters, I’ll give you a little sample of how Muddy did it.” The best thing about this video besides the performance itself is the rare side-view it gives of Buddy’s right-hand guitar technique, so simple yet expressive.

Stay Around A Little Longer – Buddy Guy and B.B. King

This duet is from Guy’s 2010 Grammy-winning album, “Living Proof,” and although he and King aren’t playing live on this video, their smiles are as live as can be, and the word “sublime” doesn’t do justice to what these two masters do on this lovely track.

SHARE
STREAM WITH PASSPORT
Buddy Guy: The Blues Chase The Blues Away
About the Master 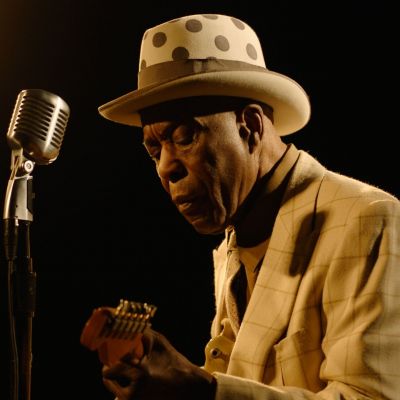 Clip | The two people Buddy Guy admires most as a musician
Clip | How blues legend Buddy Guy got his hands on his first guitar
Clip | Buddy Guy’s Grammys
Full Episode | Buddy Guy: The Blues Chase The Blues Away