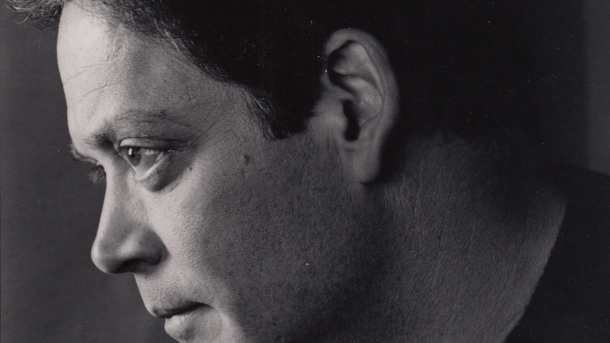 Written by Monica Castillo and originally published on PBS SoCal

Raúl Juliá wasn’t just an actor; he was also a singer, an activist, a loving father and he was always a consummate artist.

The man who would become Gomez Addams for millions of fans around the world enjoyed a storied career before putting on the pinstriped suit that would make him famous. Raúl Juliá wasn’t just an actor; he was also a singer, an activist, a loving father, and by the accounts of everyone interviewed in “Raúl Juliá: The World’s a Stage,” a special co-presentation of “VOCES” and “American Masters” on PBS, he was always a consummate artist.

If you only know Raúl Juliá as Gomez, here are a few more things to know about the legendary Puerto Rican actor here:


A preview of “Raúl Juliá: The World’s a Stage,” a special co-presentation of “VOCES” and “American Masters” on PBS.

1. Before he was an actor, Raúl Juliá was known as a singer.

Born in San Juan, Puerto Rico, Juliá caught the acting bug at a young age, and started taking theater classes in high school. As he was starting to get his acting career off the ground, he also started to sing in lounges and nightclubs. It was at one of these performances at a hotel that he was spotted by a visiting New York performer, Orson Bean, who invited him to pursue his dreams in the big city. Juliá took Bean up on his invitation and in 1964, he moved to New York in the middle of a blizzard.

2. Juliá’s road to Broadway and Hollywood was not an easy one.

As bad as things are now for Latinx actors in Hollywood, things were even worse in Juliá’s time. As his contemporaries like Al Pacino and Robert DeNiro landed history-making roles and even Juliá’s acting school classmate Christopher Walken was starting to get regular work, Juliá struggled to find bit parts that weren’t demeaning or wouldn’t be cast in roles that weren’t exclusively written for a Latino. The prejudice against his accent even extended to the press, as seen in one cringeworthy early interview when a reporter assumes he didn’t speak English when he first came to New York. Juliá’s face shows his frustration at having to explain — probably not for the first time — that he had learned English when he was in elementary school.

3. He got his big acting break by playing Shakespeare.

Joseph Papp, the man behind the New York Shakespeare Festival and the Public Theater, saw in Juliá what others couldn’t and first offered the avowed Shakespeare and Cervantes fan a chance to work as a house manager for his production of “Hamlet.” Just a few years later, Juliá would become one of the main stars in Papp’s productions of “The Taming of the Shrew,” where he shared the stage with Meryl Streep, and “Two Gentlemen of Verona,” a musical variation of the play. In an interview, Juliá said he soon noticed he could play these parts differently than have been traditionally staged. “I realized I could bring my own culture, my own Puerto Rican background, my own Spanish culture and rhythm to Shakespeare because Shakespeare is too big to be put into one way…” he said.  Raúl Juliá plays Petruchio and Meryl Streep plays Kate in Joseph Papp’s 1978 Shakespeare in the Park production of The Taming of the Shrew.

Watch this clip in “Raúl Juliá: The World’s a Stage,” a special co-presentation of “VOCES” and “American Masters” on PBS.

4. He kept an active spiritual and activist life.

In the true spirit of the late 60s, Juliá was curious about self-improvement and spiritual movements of the time. Juliá’s friends shared memories of their long talks with the actor about life, helping others and looking for something more. His search for spiritual fulfillment lead him to collaborate with Werner Erhard, one of the founders of The Hunger Project, which Juliá heavily advocated for and even included in his Playbill bio. As Anjelica Huston explains in the documentary, Juliá’s activism was not the norm for celebrities back then since many still preferred to keep their politics private. Juliá was somewhat of a trailblazer to take one of his causes public. He also took on projects about Latin American struggles like “Romero” and “The Burning Season” to shine a light on untold stories.

5. He displayed his incredible range throughout his Broadway career.

From Shakespeare, musicals and a musical based on a Shakespeare play, Juliá took on the challenges of theater with great enthusiasm. Juliá was so committed to his craft that he would rarely – if ever – miss a performance. During one of his productions, he told his understudy Kevin Klein that Klein would only fill in for Juliá if he was dead. Klein confirms, he never played the actor’s role during the show’s run. If you look closely at archival footage, you can see hints of the performance that would make Juliá a legend, Gomez Addams. You can see the intensity of his performance in “The Threepenny Opera,” the scary appeal of his interpretation of “Dracula,” and his endless charm as the lead in “Nine,” the musical adaptation of Federico Fellini’s “8 ½.”

6. Off the stage and screen, Juliá was devoted to his friends and family.

As a noted extrovert, Juliá loved hosting parties and having friends over until the early morning hours. His storybook romance with dancer Merel Poloway led them to a quiet life in the country, where they would raise their two boys. Many friends still fondly remember Juliá as a close friend and colleague 25 years after the actor died.

7. He was an outspoken advocate for diversity.

As we hear from actors like Rita Moreno, Jimmy Smits, Sônia Braga, Edward James Olmos, Rubén Blades, Benecio del Toro, Esai Morales and John Leguizamo, each share personal stories of what it meant to work with the charismatic actor and what it meant to see another Latino like them on posters, billboards and spotlight. Perhaps in response to the prejudice he faced throughout his career, Juliá supported Latino filmmakers and advocated for others to stop portraying the Latino community in a stereotypical light. “There’s a great ignorance in this country about what a Hispanic person is,” he said in an interview. “It translates into show business as an idea that people have that is a stereotype of the Hispanic. It’s a generality that doesn’t contribute to the human being that is the Hispanic.”


Rita Moreno and Edward James Olmos talk about the discrimination Raúl Juliá faced in this clip of “Raúl Juliá: The World’s a Stage,” a special co-presentation of “VOCES” and “American Masters” on PBS.
SHARE
About the Master