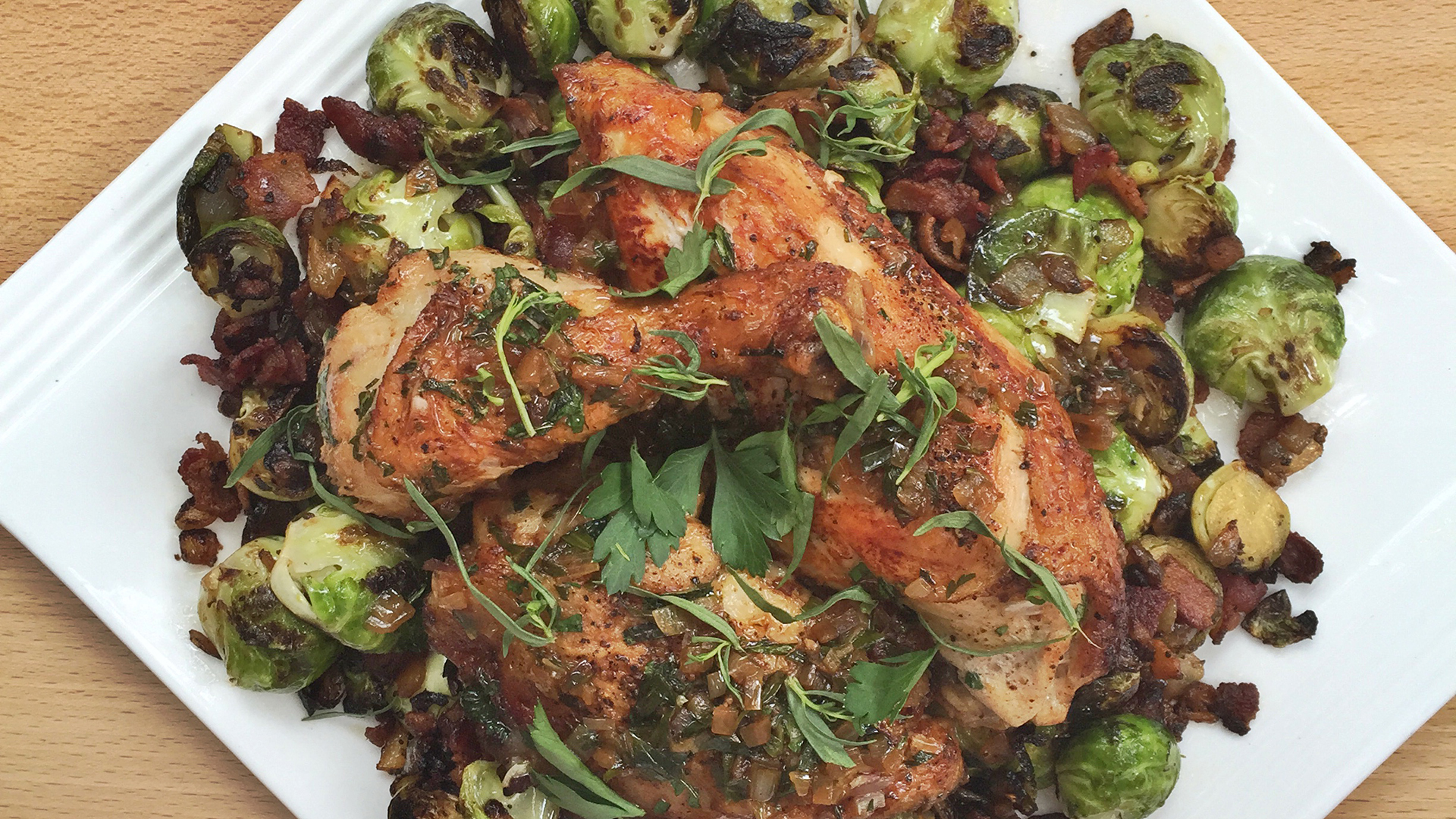 This simple dish was one of James Beard’s favorites because it highlighted one of his favorite herb: tarragon. Used in a wide variety of French dishes, tarragon can add a punch of flavor to sauces, sides and main courses. Try this dish in your own kitchen to bring a bit of Beard’s iconic flavors home. This recipe was originally published by the James Beard Foundation on their site.

“There really are not recipes, only millions of variations sparked by someone’s imagination and desire to be a little creative and different. American cooking is built, after all, on variations of old recipes from around the world.” – James Beard

METHOD
Melt butter and oil in a covered skillet large enough to hold all the chicken pieces. When the butter is hot, add the chicken pieces skin side down and brown. Turn them over and brown the other side. This will take about 10 minutes. Salt and pepper them well. If you don’t have a large enough skillet, after browning the pieces place them in a covered Dutch oven or casserole and continue cooking.

Add the shallots or scallions. Lower the heat, cover the pan, and simmer very, very slowly for 15 to 18 minutes, or 20 minutes if the chickens are on the large side.

Remove the cover, increase the heat slightly, and add the white wine, tarragon, and parsley, scraping up any bits that have stuck to the bottom of the pan. Turn the chicken pieces again, and cook briskly for 3 or 4 minutes to reduce the sauce a little.