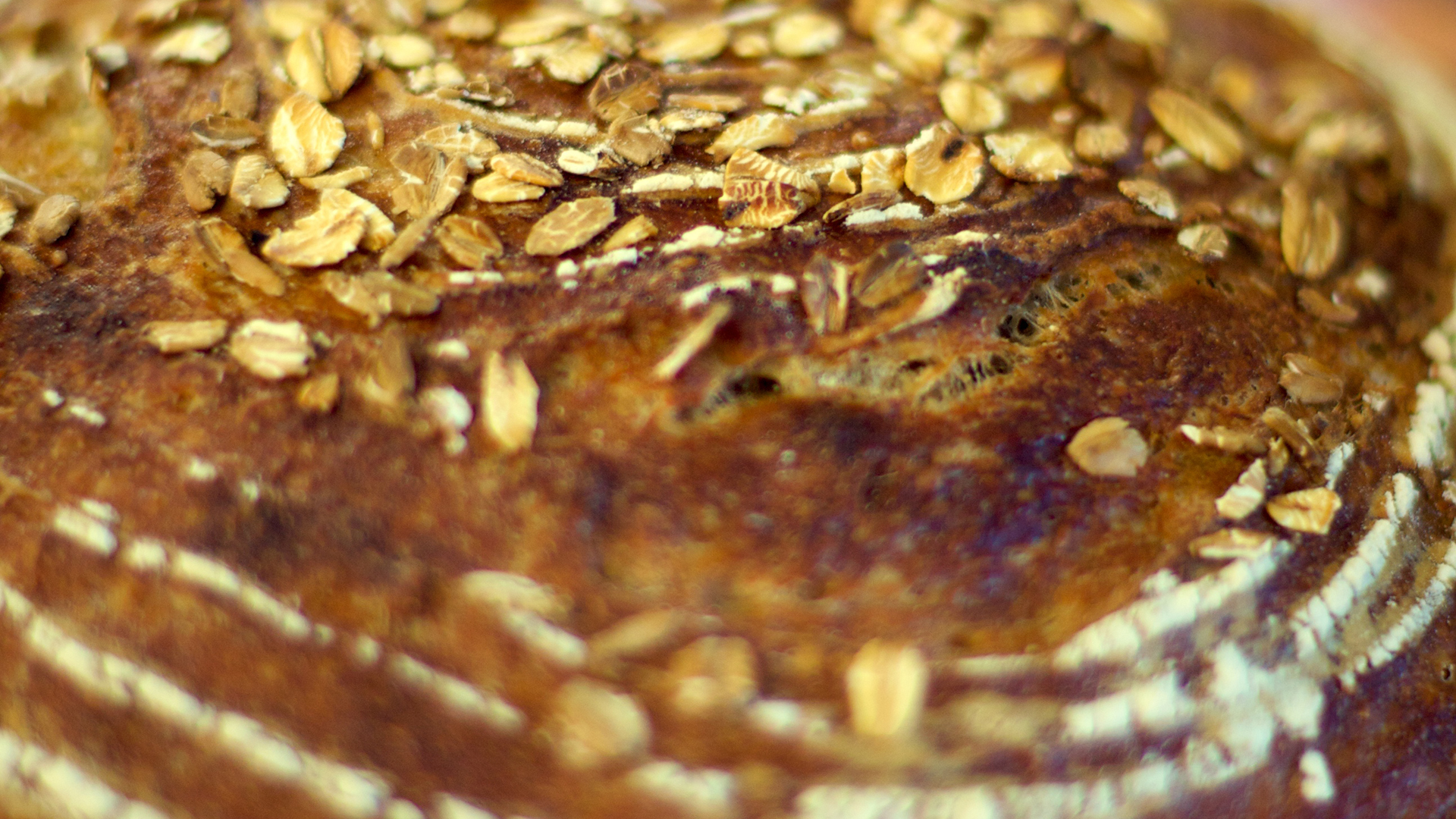 James Beard was known for putting American cuisine on the map – his simple, hearty food showed Americans that quality cuisine was within reach. This rustic, easy-to-make oatmeal bread is the perfect embodiment of Beard’s iconic style. This recipe was originally published by The James Beard Foundation.

“Some cookbooks are put together like paper dolls. There is no feeling of humanness in them. I write about things I like and the way I like them.” – James Beard

Put the dough in a buttered mixing bowl, turning it so it is well greased on all sides, then refrigerate for at least two hours—you can leave it for three or four hours. Turn out the chilled dough on a floured work surface and shape into two loaves. Place in well-buttered 9 x 5-inch loaf pans, and let rise in a warm, draft-free spot until doubled in bulk, about two hours.

Preheat oven to 350ºF. Bake bread for approximately one hour, or until the loaves are nicely browned and sound hollow when you rap the bottom with your knuckles. Remove from the pans and cool on a rack.