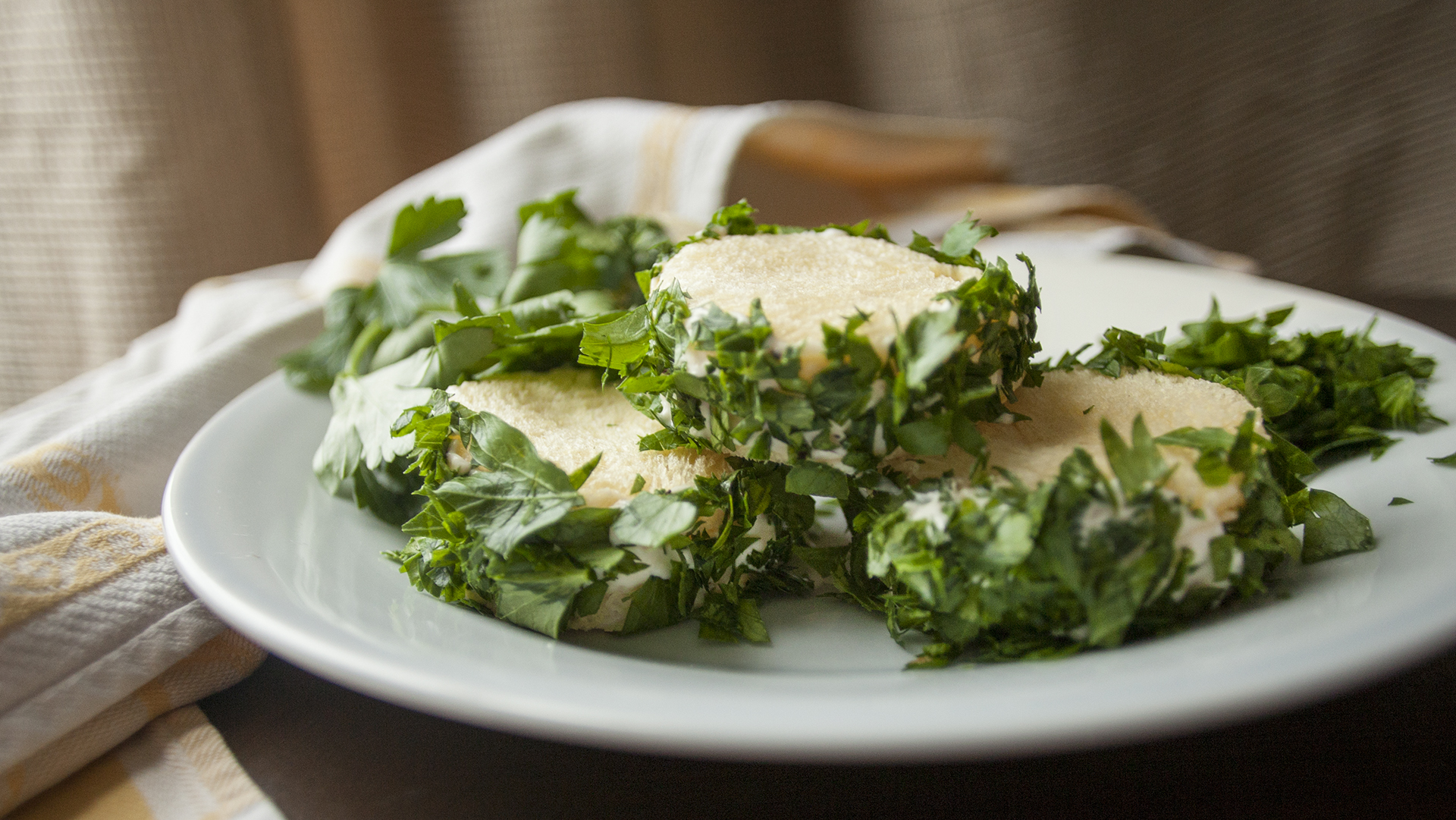 When James Beard entered the culinary scene, he found most hors d’oeuvres completely uninteresting and lacking in elegance. In order to spruce things up, he developed recipes like his famous onion sandwiches – light, flavorful palate pleasers that left his guests delighted. This recipe was originally published by the James Beard Foundation on their site.

“Designing hors d’oeuvres is not different from designing sets and costumes . . . Food is very much theater.” – James Beard

METHOD
Cut brioche or challah into thin slices, and cut these into rounds with a biscuit cutter. Spread the rounds of bread with mayonnaise, top half of them with slices of onion and salt well. Top these halves with the remaining rounds, and press them together firmly. Roll the edges in mayonnaise and then chopped parsley. Chill in the refrigerator several hours before serving.