James Andrews Beard is born in Portland, Oregon on May 5 to Mary Elizabeth Beard (nee Jones), owner of a boarding house called the Gladstone, and John Beard, a customs official.

James Beard graduates from Washington High School in Portland. In the same year he enrolls in Reed College, poised to graduate with the class of 1924.

James Beard is “asked to leave” Reed College on the grounds of homosexuality. Beard biographer Robert Clark wrote: “The matter was accomplished quickly, quietly and with no formal explanation, and every trace of his name was expunged from the college yearbook only a few weeks away from publication.”

James Beard arrives in London to study voice. He also studies voice in Paris, while enjoying the city’s gastronomic charms. The following year he returns to the States, performing with a theatrical troupe in New York City. 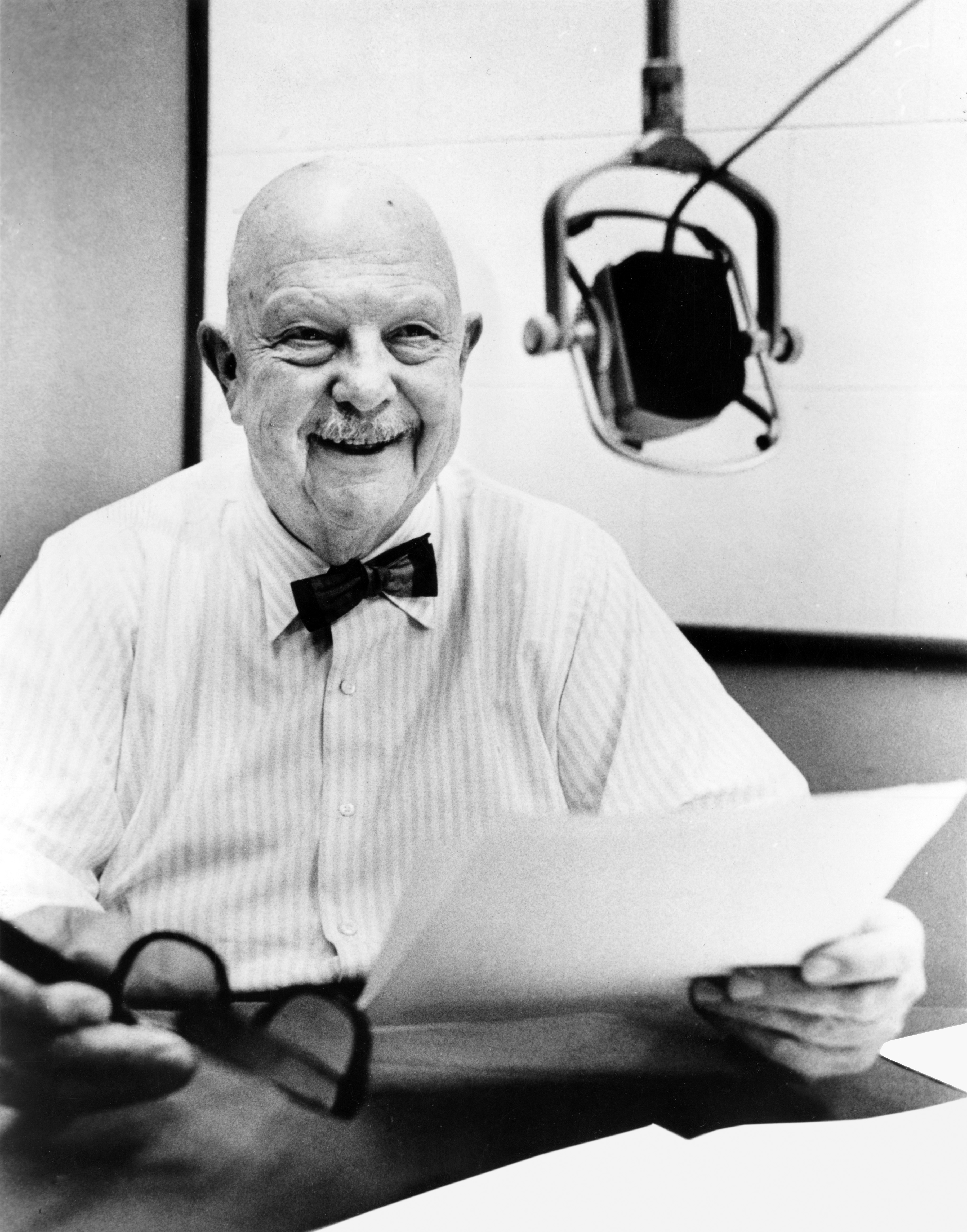 Beard returns home to Portland, where he joins a theater troupe and works as a radio announcer.

James Beard heads to Hollywood, where he receives bit parts in films such as Cecil B. DeMille’s King of Kings and Queen Kelly.

Beard moves to New York City to embark on an acting career.

Unsuccessful as an actor, Beard starts a catering company, Hors d’Oeuvre, Inc.,  with his friends Bill and Irma Rhode. The venture was a smash with the Manhattan elite, earning praise from publications such as the New York Daily News and New Yorker. The Daily News noted the debut of one of Beard’s signature dishes, saying “it is the brioche onion sandwich which gives the palate its great moment.”

Beard is drafted into the U.S. Army. He attends cryptography school and serves in the United Seamen’s Service, with stints in Puerto Rico, Brazil, France, and Panama.

On August 30, at 8:15pm, following the televised boxing matches, Beard’s television show, “I Love to Eat” premieres on NBC. It is the first national cooking show in television history.

The New York Times hails James Beard as the “Dean of American Cookery.”

The James Beard Cooking School is established in New York City. He would continue to teach until his death. 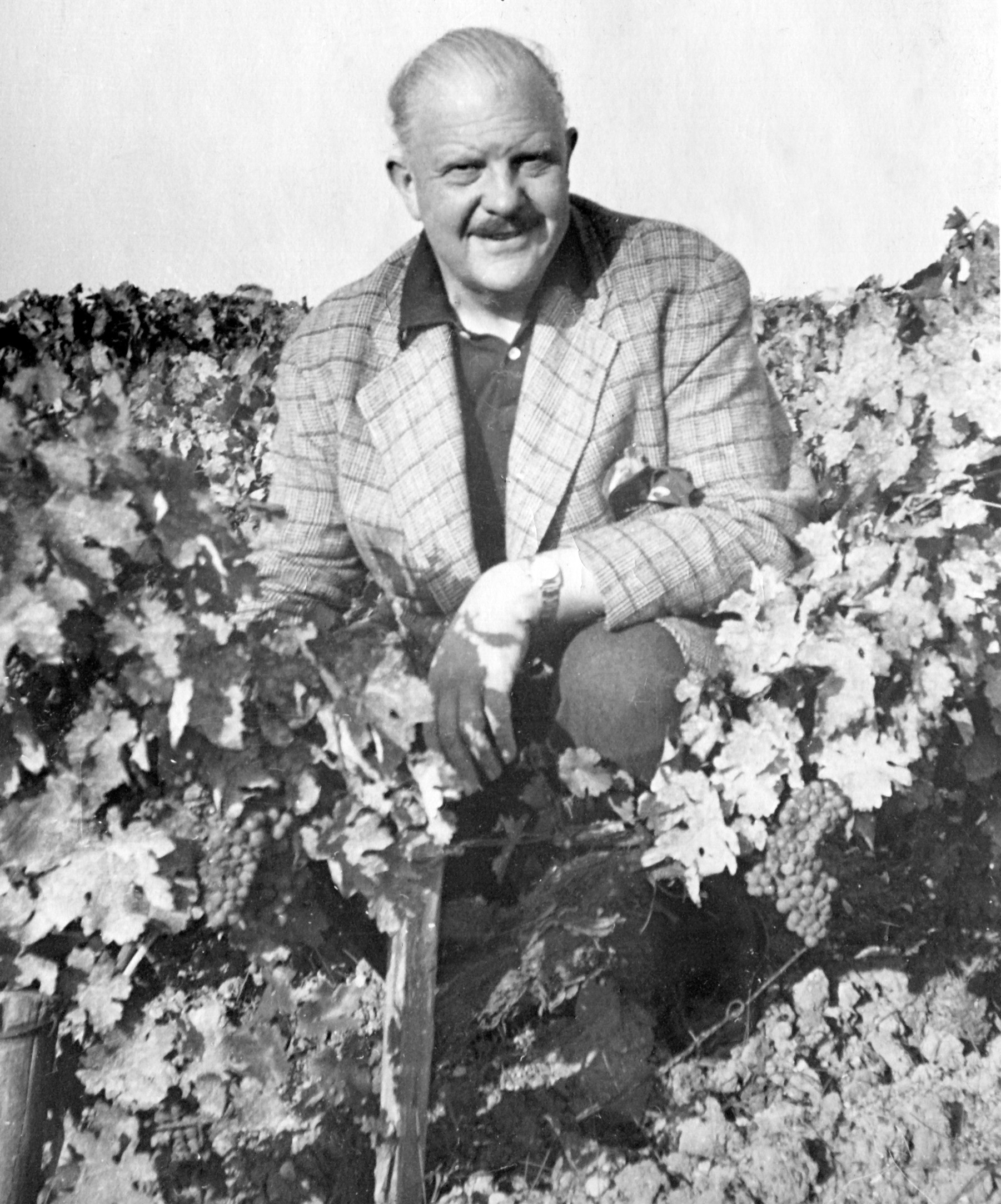 James Beard releases his memoir, Delights and Prejudices, which chronicles his early life in Oregon, his travels abroad, his early cooking classes and, his love of cooking and American cuisine. The chapters are punctuated with his recipes, of course.

On May 16, Reed College finally acknowledges Beard by awarding him an honorary degree.

James Beard and restaurant critic Gael Greene establish Citymeals-on-Wheels, which provides food for the homebound elderly. The charity has served over 50 million meals since.

On January 21, James Beard dies of heart failure. He was 81 years old. His ashes were scattered in Gearhart, Oregon, by his friends Mary Hamblet and Jerry Lamb. 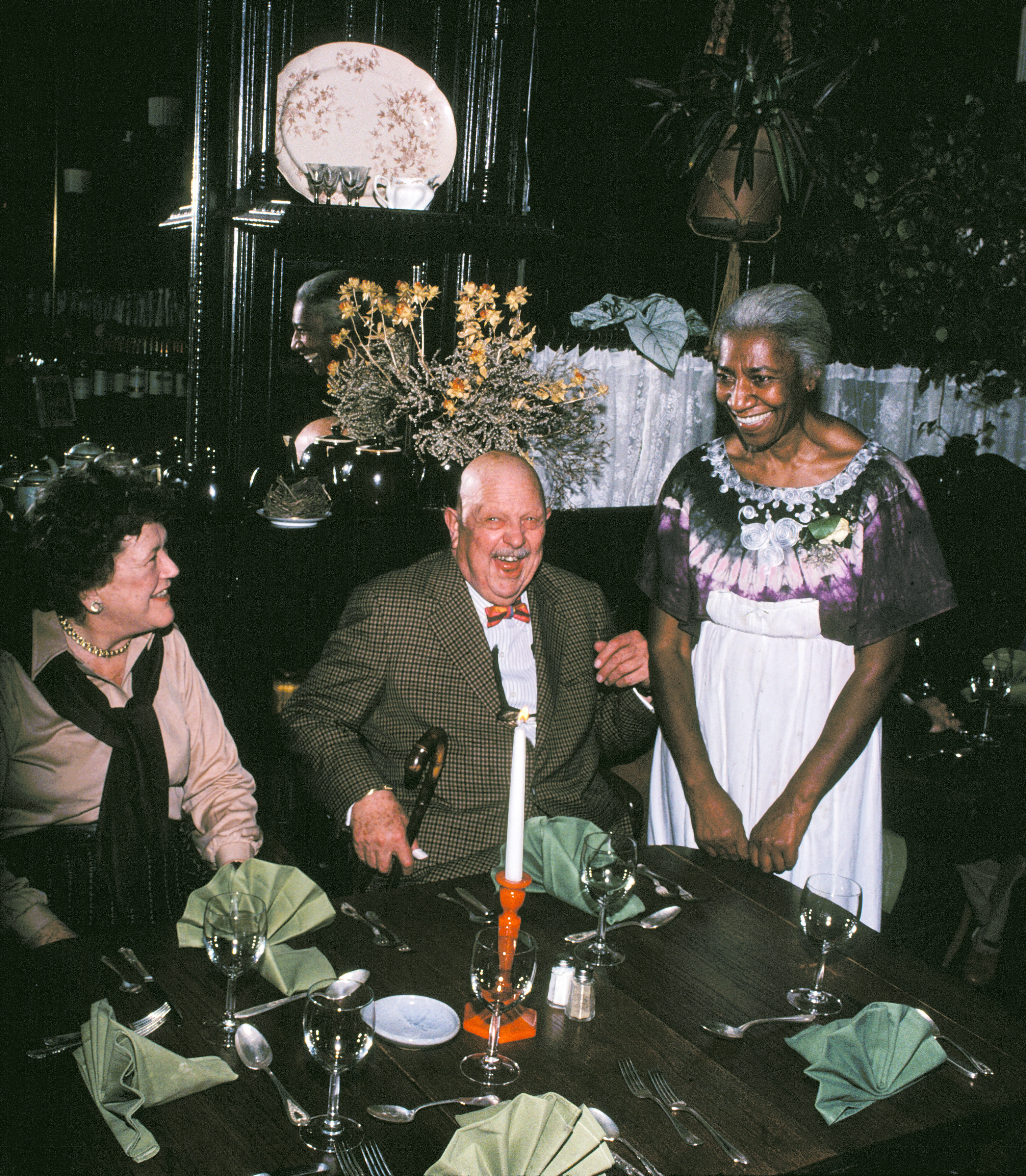 Peter Kump, Julia Child, and a group of chefs and friends of James Beard buy his townhouse and establish The James Beard Foundation with the mission “to provide a center for the culinary arts and to continue to foster the interest James Beard inspired in all aspects of food, its preparation presentation, and of course, enjoyment.”

The first James Beard Foundation Awards are given, honoring chefs and restaurants across the country. Known as the “Oscars of the food world,” Rick Bayless, Emeril Lagasse, Wolfgang Puck, Nancy Silverton, David Bouley and M.F.K. Fisher were among the first winners.

Ground will break on the James Beard Public Market in Portland, Oregon. 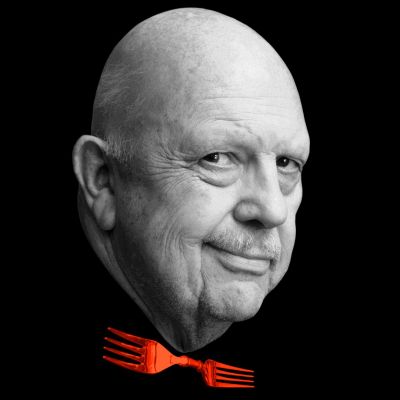 Here was a man who wrote columns for Gourmet and Bon Appetit and newspapers all over the world every day, and he was the first television chef to go on TV and teach America how to cook.

Good evening! Well here we are again and as usual, I'm left home to prepare the supper. Elsie presents James Beard, and 'I Love to Eat' began in 1946 on NBC and it was the first nationally televised cooking show. No one really had a television, so it was not really seen by many people. The televisions that existed for public consumption in those days were in department store windows, they were in bars, so a lot of his audience was men who were watching him before the Friday night fights. Today we're going to make chili con carne, and we're going to have a session of kitchen clinic and we're going to discuss sponge cakes. Tell me, do you ever use what they call a filler in your hamburger - either the large patties - What do you mean a filler?

When people talk - I'm not accusing you - but you know how people often put extra ingredients into hamburger - oh you mean cereal?

It wasn't really the right time for epicurean delights to be presented on television.

At least as he presented them, and I think he was a little bit early to the party - maybe a few decades early. And then Julia Child appears in 1963 on The French Chef - well of course she didn't intend to change the landscape. What's missing in this picture? The goose - and here it is. We're cooking a goose today on The French Chef. Julia Child was not only bringing in French food at the height of its popularity but also was a very charming entertainer, she just was her natural self and had a great personality. And here it is just sitting up, waving at you. When Julia Child came on the scene with this really wonderful book, I called Jim and I said I have a remarkable manuscript and I think you'll really be the person to appreciate it.

He called me back within two or three days - he'd looked at the whole thing and he just said, 'It's remarkable.' And then he said, 'I wish I'd written it.' When Julia Child wrote Mastering the Art of French Cooking and was coming to America, her editor, Judith Jones, who knew James Beard very well, asked who she wanted to meet when she came to New York and she said James Beard, and Beard threw a party to introduce her to the American experience.

Beard and Julia Child became the best buddies - they were both outsized figures.

They were both over six feet, they both had sort of funny voices, they both sort of commanded attention in the room and they found comfort in each other, sort of in this outside space. James and Julia loved each other they loved to cook together they gave themselves the nickname Jiji - for Julie and Jim. What a lovely feast it is. You know, Julia, when they had a collation like this they usually celebrated with a mulled beer drink that was and wassailed.

It was love and envy. I don't think to Julia was envious of Jim, but Jim was a little jealous of her. You know, Julia was great with an audience, and he knew he wasn't so hot. ...And the toast came from dipping toast into Wassail? That's right. Well, let's say 'wassail' to the spirit of '76.