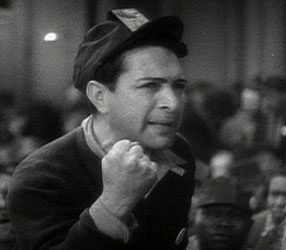 The Brothers Warner, an AMERICAN MASTERS presentation premiering nationally Thursday, September 25, 2008 on PBS (check local listings), is an intimate portrait and epic saga of the four film pioneers who founded and ran the Warner Bros. studio for over 50 years.

Narrated by family member Cass Warner Sperling (Harry Warner’s granddaughter), the 60-minute film gives an insider look at these original Hollywood independent filmmakers and their varied personalities and business sense: the little-known major player, Harry Warner; Albert or “Honest Abe”; visionary Sam; and volatile Jack. Rare archival footage, family photos, and documents trace their scrappy rise from nothing, along with the personal tragedies and professional battles they overcame along the way.

From opening their first storefront theater by hanging a sheet on the wall and borrowing chairs from a funeral parlor to creating one of the top studios in America, these four brothers built an empire on a dream and revolutionized Hollywood, and were the first to use mass media to “educate, entertain, and enlighten.”