In this interview from 2010, Tony Bennett gave this advice to singers just starting out. 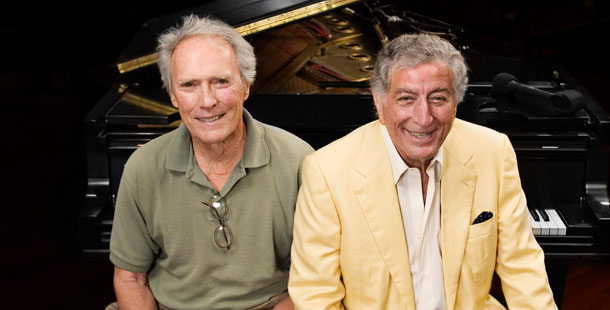 Anthony Dominick Benedetto started out in the 1940s as a singing waiter in his native New York. Discovered (and renamed) by Bob Hope while performing with Pearl Bailey, Tony Bennett went on to sell more than 50 million records worldwide. He’s featured in American Masters – Tony Bennett: The Music Never Ends. Below, the renowned entertainer answered some questions about his life and career:

Q: Since the 1950s, you’ve consistently recorded one album after another. You keep a rigorous tour schedule. In August, you celebrated your 81st birthday. Where do you find your ongoing energy and inspiration?

A: I think if you have a passion for what you do then there are no limitations on how long or how much you can accomplish. I have been very fortunate to have been able to make a living from what I love to do best – performing and singing for people. I am very much inspired by the great masters of entertainment: Bob Hope, George Burns, Jimmy Durante – who never thought about retiring. When people ask me if I plan to retire, I say, “Retire to what? I am doing what I love best right now!”

Q: Your recent album, Duets: An American Classic, earned you yet another Grammy Award. What was the motivation for collaborating with those artists?

A: My son Danny, who is my manager and a brilliant guy, approached me about doing a duets CD of my songs in honor of my 80th birthday. I was a bit apprehensive about the idea at first but a few weeks later he called me up and said, “We have Barbra Streisand, Stevie Wonder, Paul McCartney, Sting, James Taylor…” I stopped worrying and had a terrific time in the studio with all these artists recording it.

Q: Frank Sinatra called you “the best singer in the business.” What do you think has contributed to your vocal longevity?

A: I was very fortunate after I came home from WWII to be able to study at the American Theatre Wing under the GI Bill of Rights. It was there that I studied bel canto and it has been an excellent discipline that has kept my voice in shape all along.

Q: What does it mean to you to be designated an American Master?

A: I happen to be a big fan of PBS and love American Masters so it is truly a thrill to have a program being aired on the series. But I have to say I owe my career to the master composers of the Great American Songbook who have written such high-quality songs – the best popular music ever composed.

Q: Jazz has infused your work since the start. How much influence does it have on your work today?

A: I have always loved jazz music and as a teen growing up in New York City and then later on as an adult have great memories of the jazz clubs that were all located on 52nd Street. I still catch as many jazz shows as I can when I am in New York. And when I perform, I have my jazz quartet by my side. Jazz musicians keep things spontaneous and very “live,” which is the way I like to perform.

Q: What brought you and Clint Eastwood, the film’s executive producer, together?

A: I have always admired Clint Eastwood’s films and he came out to see me perform at the Monterey Jazz Festival a few years ago. We got together while I was at the festival and had a wonderful conversation for a few hours, talking about everything, and the idea of doing a documentary grew from that day.

Q: You’re an Italian from Queens who participated in the Civil Rights marches in the 1960s and who refused to perform in apartheid South Africa. Where does your commitment to such principles come from?

A: Regardless of religion or race or ethnic background we are all human and we are all on this planet together. So what better reason do you need to not tolerate any form of violence against another human being?

Q: Your career is a family affair these days, and you work closely with your son Danny. How has he influenced your career?

A: Several years ago I went to Danny for advice and he knew that I just wanted to concentrate on my singing and my painting and he said “You do that, and I will handle the business side.” It has been a wonderful partnership ever since and given me the time and freedom to just concentrate on the creative.

Q: You’re a gifted painter. Have you had any formal training? Were you ever tempted to forgo music for art full time?

A: I attended the High School of Industrial Arts and studied with many great artists as painting is something that you never stop learning about. Actually, in high school there was a time that I was thinking about just concentrating on painting and I asked my music teacher, Mr. Sondberg, for advice and he encouraged me to stick with the music as well. So all my life I have been singing and painting.

Q: The internet has changed the musical landscape dramatically. What advice do you give to new singers today?

A: The best advice I can give them is to be true to themselves – don’t try to be just like some other singer hitting it big – find your own style and be honest in your performances. And never underestimate your audience.

A: I have so many ideas of new projects that I hope I have the time to get them all accomplished, but I’m looking forward to an art book of my paintings to come out in October and a new CD of my favorite songs from the Great American Songbook at the end of September. 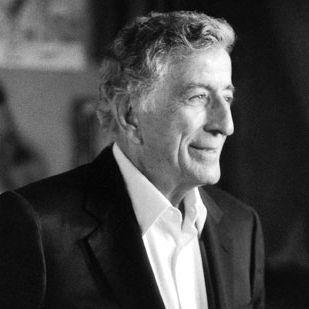