The Worst Fires in Recent History

The Australian mega-fires that occurred between July 2019 and February 2020 were unprecedented in their severity and the area they covered. Almost 100,000 square kilometers of southern Australian forest, woodlands, heathlands, grasslands, and farmlands burned. 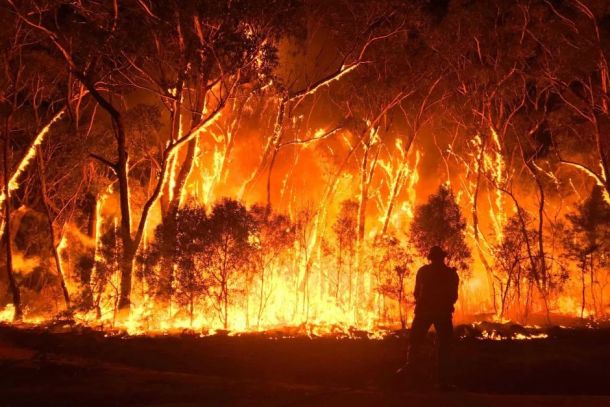 At least 832 species have had their habitat hit by fires. Photo credit: Gena Dray.

These fires were horrific at a global scale—at least 50 times more extensive than California’s worst wildfires prior to the current year and five times the size of the 2019 fires in the Amazon. They were also exceptionally severe, burning Australian ecosystems that are critical to protect, including the World Heritage-listed Gondwanan rainforest.

While fire is common in large parts of the Australian landscape, many animal species depend on long unburnt vegetation for food resources (e.g., nectar and fruits), refuge from predation, and tree hollows for nesting and roosting. 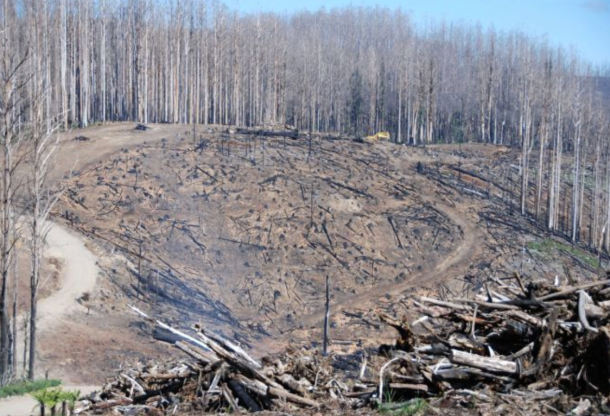 The enormous footprint of the fires meant that more than three billion birds, mammals, reptiles and amphibians across eastern Australia were estimated to have been incinerated or suffocated by smoke and ash. Sadly, many others may have escaped the blaze only to die of starvation, or be picked off by introduced predators like cats and foxes. 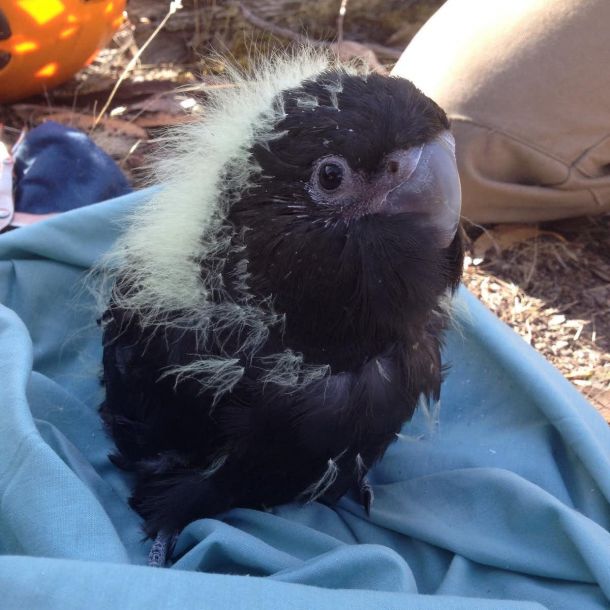 The Kangaroo Island glossy black cockatoo has had more than 50% its habitat impacted by fire. Photo credit: Mike Barth.

In the long-term, the loss of key resources such as tree hollows, nectar-bearing trees, and deep pools, will likely impact species populations for decades or centuries. And this is on top of the fact many impacted animals are in a pre-existing state of decline caused by drought, disease, habitat destruction, and invasive species.

To understand the fires’ conservation impact more deeply, we used publicly available satellite imagery to look at affected areas to analyse how they overlapped with the approximate distributions of all known Australian animal species that existed in the regions where the fires occurred. In total, 378 birds, 254 reptiles, 102 frogs, 83 mammals, and 15 freshwater fish have habitats that were affected by these fires.

Crucially, many species affected by the fires were already in a state of decline, compounding the fire impact. For example, three endangered species had more than 80 percent of habitat impacted by these fires. Two of those species—the Endangered Kangaroo Island dunnart and the Endangered Long-footed potoroo—were already threatened with extinction and will require a re-evaluation of their threat status. 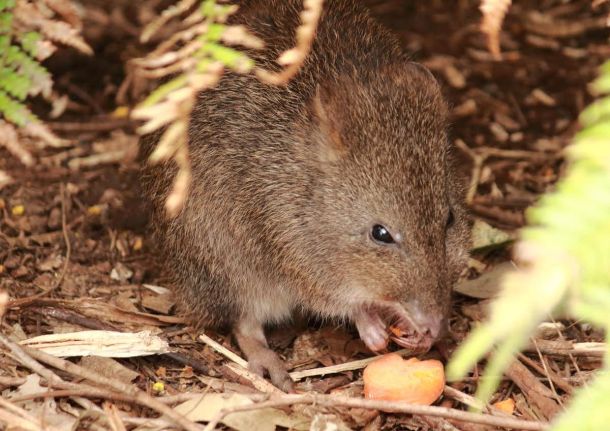 The endangered long-footed potoroo has had more than 50% of its potential habitat impacted by fire. Photo credit: George Bayliss.

Four Vulnerable taxa, including South Australian Bassian thrush and Littlejohn’s tree frog, as well as seven currently non-threatened species that include Pugh’s frog and short-eared possum, had more than 50 percent of their habitat impacted, suggesting they may now meet the Endangered criteria if fire impacts translate commensurately into reductions in population size.

Forty-one species that are not currently listed as threatened, such as the Long-nosed bandicoot and Pilotbird, had more than 30 percent of their habitat impacted, warranting assessment for listing as threatened. Rapid extinction risk assessment of non-threatened species is urgent, as without listing, there is no trigger for dedicated monitoring and recovery efforts. 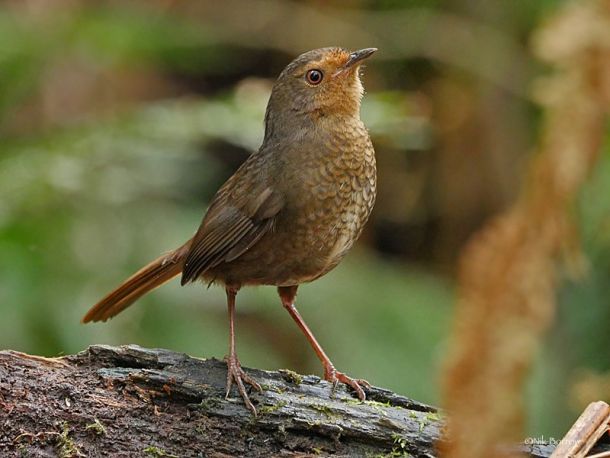 Pilotbird had more than 30 percent of their habitat impacted by the recent fires. Photo credit: Nik Borrow.

Australia’s 2019–2020 fires highlight the need for better information on species’ response to fire, and show that threatened species research is not immune to these events. These fires provide an opportunity to closely examine species’ responses to landscape-scale fires that will almost certainly become more frequent in the future. It also highlights the need for common-sense approaches to conservation. 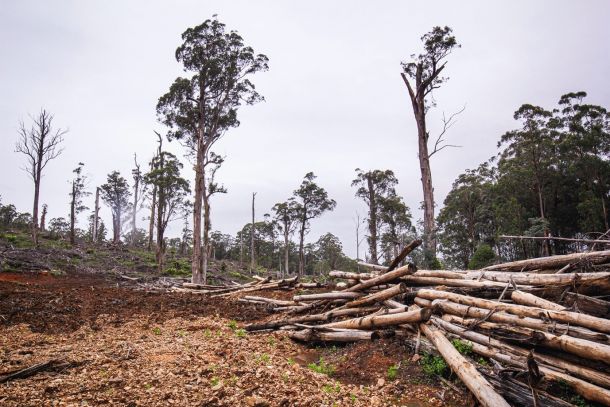 Protection and conservation-focussed management of those intact forest areas that have not burned is the single most important action if animals are to have any chance of persistence and eventual recovery.

Reducing threats (such as weeds, feral predators, introduced herbivores, and habitat loss through logging or thinning) must occur not just at key sites, but across the landscapes they sit in. Maintaining only small pockets of habitat in a landscape of destruction will lock many species on the pathway to extinction.

In some cases, rigorous post-fire restoration will be necessary to allow species to re-colonize burnt areas. This may include assisted regeneration of threatened plants and specific food sources for animals, installing nest boxes and artificial cover, or even targeted supplementary feeding. Unconventional recovery actions will be needed because this unique situation calls for outside-the-box thinking. 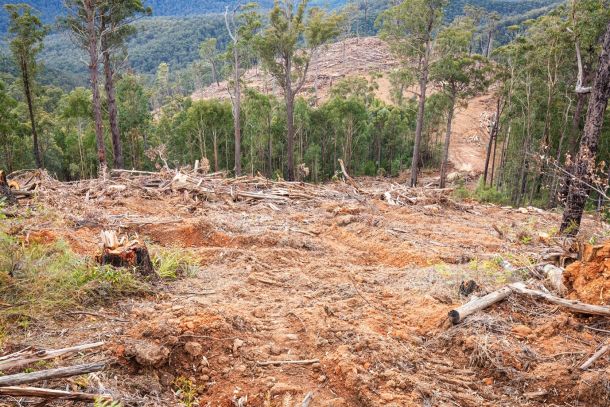 Australia has one of the worst extinction rates in the world, including the highest mammal extinction rate. Species declines have showed no sign of slowing, even prior to the 2019–2020 fires. This extinction crisis is the result of major changes in land management (e.g., land clearing, logging, and extensive grazing), combined with the impacts of introduced species across the continent, transforming many Australian ecosystems.