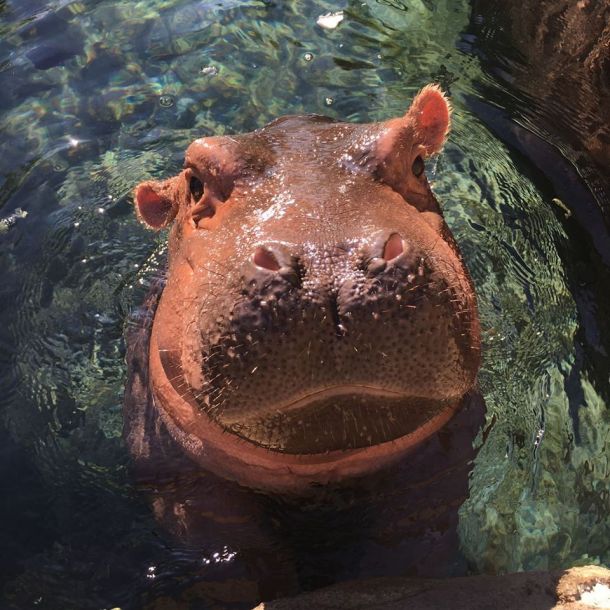 In Hippos: Africa’s River Giants, we learn a lot about the elusive hippo, from their family dynamics to their sensitive personalities to how they stake their claim in the Okavango’s animal kingdom. These majestic giants have been misunderstood for a long time, though that’s beginning to change due to research, observation and some very important emissaries.

In recent years, hippos have experienced a surge of interest thanks to one mighty ambassador, Fiona from the Cincinnati Zoo. Born six weeks premature in 2017, her story of survival captured the nation’s heart. Three years later, Fiona continues to be a phenomenon, with around 2 million fans who follow her every move on social media. She even has her own web series and her own dedicated ice cream flavor!

To learn more about Fiona and the love of hippos she has inspired, Nature spoke with Jenna Wingate, Senior Keeper of the Africa Department at the Cincinnati Zoo. Wingate has been one of Fiona’s caretakers since her birth and has been able to glean new insights into hippo behavior by observing her. 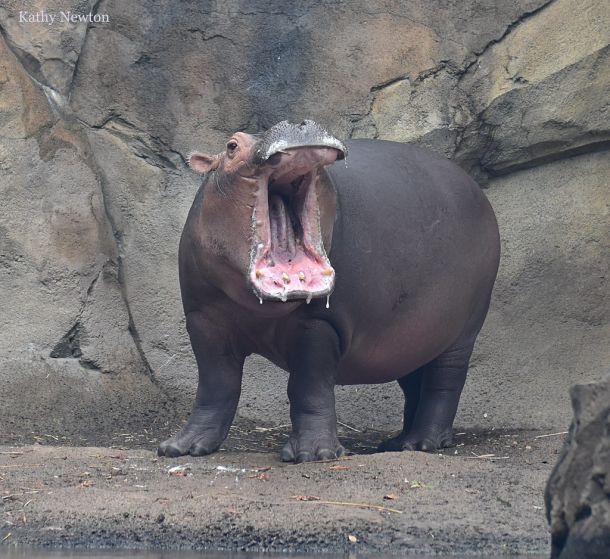 In the wild, newborn hippos form a tight bond with their mothers automatically, as they rely on them for protection from predators and even fellow pod members. Fiona’s situation was unusual, as she was born six weeks premature and had to be separated from her mother, Bibi, to be cared for around the clock by a team of vets, nursery and keeper care teams. She is the smallest hippo to ever survive thanks to her care team and additional help from neighbors at the Cincinnati Children’s Hospital. When it came time to be reunited with Bibi three months later, the keepers were scared that Bibi wouldn’t recognize her and that it could go horribly wrong. But mother and daughter didn’t skip a beat. “Bibi knew right away it was her daughter. They got together right away, and Fiona even went right into Bibi’s mouth to investigate,” said Wingate.

While wild hippos display anxious tendencies, especially around loud noises, Fiona and Bibi are a little more calm than normal, having grown up in an environment surrounded by strange sensory experiences. “However, they do get spooked if we come up to them unexpectedly, and Fiona really hates bubbles,” said Wingate. “To test her cognition and play skills we blew bubbles to see how she would react, and she really did not care for it.”

Fiona has a playful personality, and Wingate believes that she is aware of her star power. “She’ll notice the cameras and isn’t afraid to go up to the glass where the people are. She’s been a celebrity since birth, so I think part of her does love the attention.” 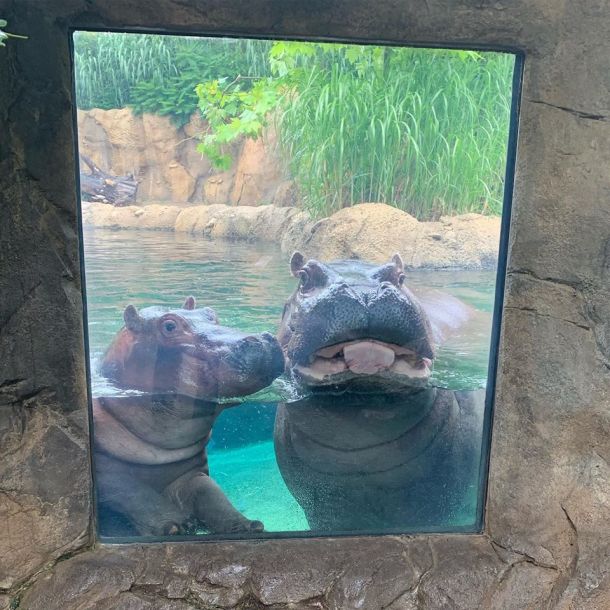 Fiona and her mother, courtesy of Cincinnati Zoo & Botanical Garden

What other hippo behaviors have they observed from watching Fiona? “She sometimes gets the ‘zoomies’ like dogs do, which I find really fascinating,” said Wingate. “I’ve also noticed that hippos sit whenever they are acting submissive, which for Fiona is whenever she is being disciplined by Bibi.”

Fiona’s incredible story has been a huge inspiration to many. “People are fascinated by hippos because they seem so contradictory. They’re these huge creatures that mainly eat grass; they’re cute but in a non-typical way,” said Wingate. “And people can relate to Fiona’s struggles. It’s been incredible to see her become an ambassador for her species. There’s still so much we don’t know about hippos, and Fiona is helping us answer these questions, as well as raising awareness about the importance of hippo conservation in the wild.”

Fiona now weighs more than 1,200 pounds and will celebrate her third birthday on January 24. What’s to come for Fiona this year? “I just want her to continue to be healthy and enjoy life,” said Wingate. 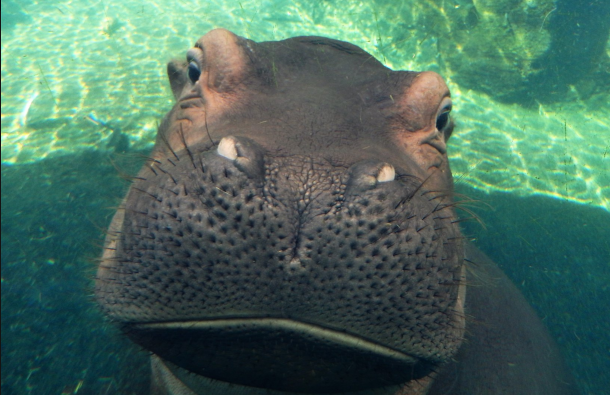