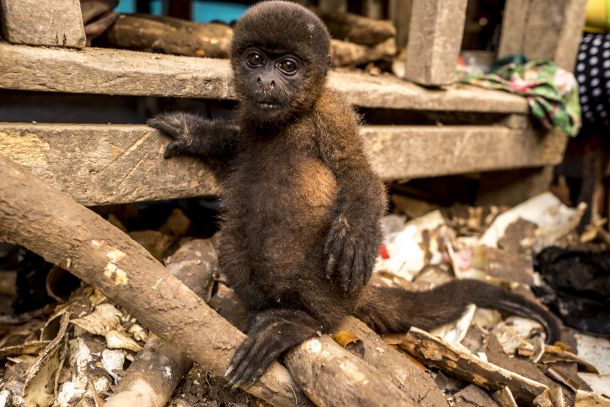 To capture baby primates, traffickers shoot the mother. She is used for meat and the offspring is sold as a pet. ©Musuk Nolte/WCS Peru

The COVID-19 pandemic has led wildlife health professionals like me to focus increasingly on “zoonotic” diseases. Those are diseases that pass between animals and people and for which too often we have no natural immunity. Greater contact and closer proximity between people and wild animals has created many more opportunities for the spillover and transmission of such diseases into human populations.

Indeed, zoonotic pathogens account for 60 percent of existing infectious diseases and may be responsible for 75 percent of emerging infectious diseases. It is therefore necessary to identify the pathways responsible for such illnesses and eliminate potentially harmful interactions of wildlife with both people and intermediary hosts like domestic animals. 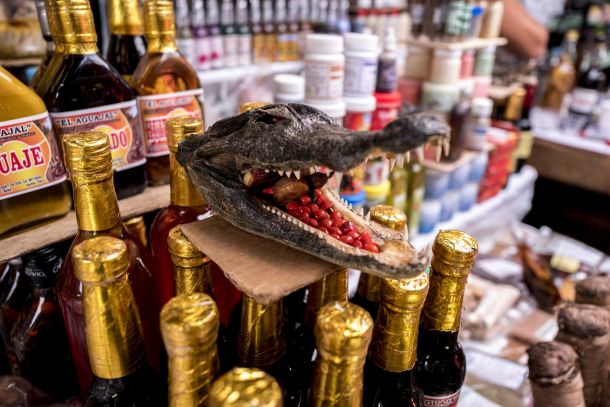 Wild animals traded worldwide as pets, for consumption, and use in traditional medicine pose a growing threat to public health. ©Musuk Nolte/WCS Peru

As a veterinarian, I am more convinced than ever that we must pursue a One Health approach to combatting these emerging disease threats. The One Health model acknowledges the inseparability of human, animal, and environmental health. To achieve optimal health outcomes for all requires a collaborative approach across multiple disciplines at all levels.

I live in Peru and work in the Andean Amazon, encompassing the countries of Bolivia, Brazil, Peru, Ecuador, and Colombia. If we do not act and change the direct and indirect ways in which we interact with wildlife in this region, we will continue to put ourselves at risk from the emergence of a devastating zoonotic disease. 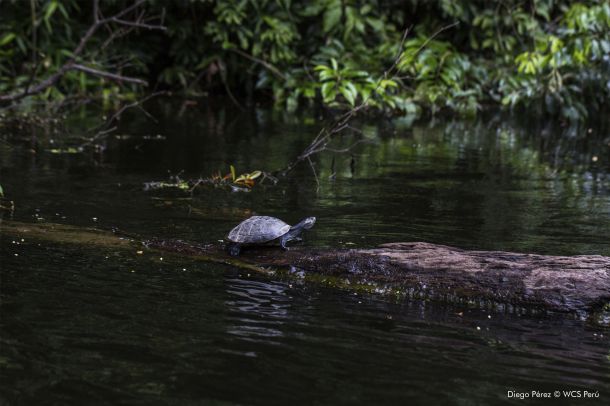 The pressure from the international demand for wildlife highlights the need to implement urgent preventive and control measures in the region. ©Diego Perez/WCS Peru

The Amazon is the largest tropical forest globally, home to a quarter of the planet’s terrestrial species, and therefore a major source of concern for the emergence of zoonoses. In this region, there are deep historical and cultural relationships between humans and wildlife—from the stories we tell, to the art we create, to the food we consume.

Yet, different unsustainable human activities in the Amazon, such as indiscriminate natural resource extraction, wildlife exploitation for commercial trade, deforestation and forest degradation, all contribute to reducing species’ populations and diversity, while increasing the interactions between humans, wildlife, and domestic animals. 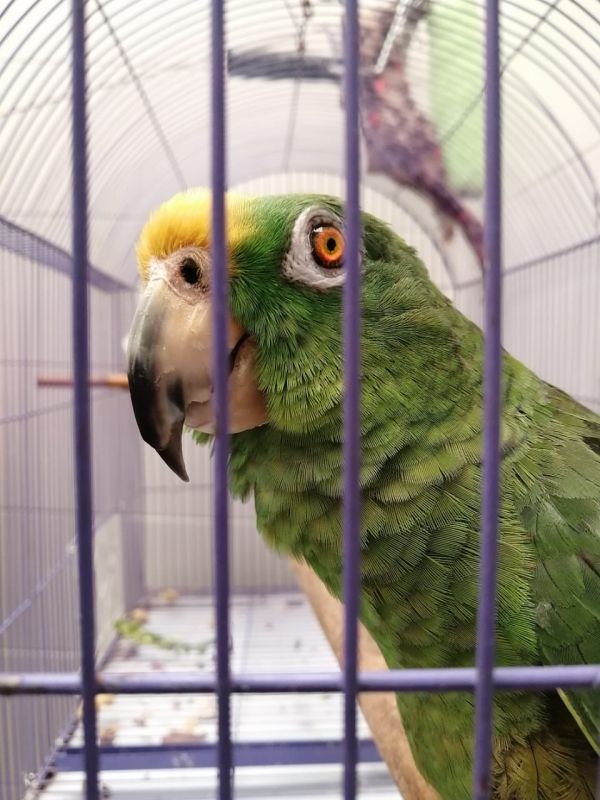 Climate change exacerbates it all by disturbing the ecology of species and in the process contributing to the spread of diseases previously separated from human populations. One of the most worrisome areas where wildlife and humans connect is via the commercial trade of live wildlife. Wild animals are traded legally and illegally as pets, food, and for use in traditional medicine, among other purposes.

As part of their overall wildlife management, the countries of the Amazon allow some legal trade in some species to supply the international demand for live animals—mainly birds and reptiles as pets—and their parts or by-products (for instance, reptile leather or vicuña wool).

Selling live animals, parts, or products as meat in rural and urban areas is largely prohibited in all Amazon countries, with very few exceptions allowed in cases where appropriate management can be demonstrated. The animals offered in these illegal markets are known to carry zoonotic bacteria such as E. coli and Salmonella as well as other unknown pathogens. The trade in wildlife too often occurs without effective controls, increasing the risk of disease spread. 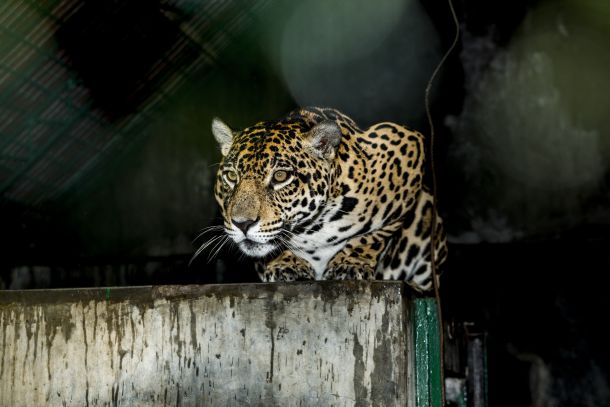 In 2019, Governments from the Americas declared the jaguar a symbol of the fight against the illegal wildlife trade. ©Musuk Nolte/WCS Peru

The Convention on International Trade in Endangered Species of Wild Fauna and Flora, or CITES, prohibits the international trade of species that are threatened with extinction, and regulates trade in more than 30,000 species that are potentially threatened by trade. The convention is essential to the protection of biodiversity, but zoonotic pathogens don’t particularly care if a potential host is endangered or not. They just want to survive and reproduce to infect new hosts.

Such pathogens will spread wherever there are reservoirs and the opportunity for spillover to people—directly or through intermediary hosts, including domestic animals. Commercial trade in live wild animals—particularly birds and mammals, with which we are more closely related and have a higher pathogen presence— poses a great risk of zoonotic spillover that could lead to outbreaks, epidemics, or even pandemics causing hundreds of thousands of deaths and costing the global economy USD trillions, as we’ve seen with COVID-19.

In recent years, authorities in the Amazon have worked to counter the illegal wildlife trade, in some cases implementing national and regional strategies. Yet, until recently, they have neglected the specific health risks associated with this trade. 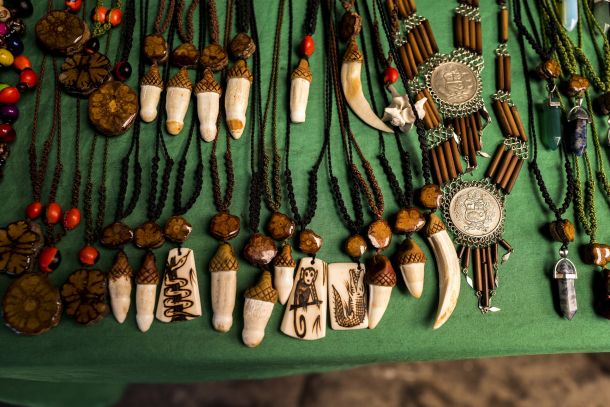 In one seven-month period, Bolivian authorities confiscated illegal shipments to China that included the teeth of more than 50 jaguars. ©Musuk Nolte/WCS Peru

In the past decade, the US Agency for International Development (USAID) helped to build capacity in the region to survey some areas where people and wildlife more frequently come into contact. This capacity needs to be scaled up to prevent pathogen spillover along the path followed by wildlife as it moves from capture to a market. Governments should consider closing commercial wildlife trade and markets in live animals for food, particularly birds and mammals.

It’s time governments and citizens recognized the interconnectedness of human and animal health and ecosystem integrity. When we protect wildlife, we protect ourselves.

All stakeholders must work to stop destroying the habitats of species in the Amazon and work to retain and protect these highly intact ecosystems. Only if we embrace and embark upon a One Health approach through public policy in the region in tandem with global policy frameworks can we minimize the risk of another, perhaps more lethal, pandemic.