This piece comes to us from Dale Miquelle, Country Director for the Russia Program at WCS (Wildlife Conservation Society). Dale is working with NATURE producers, filmmakers, researchers and experts on a short film about tiger conservation work.

During the COVID-19 pandemic, I’m relieved to be with my family in the little village of Terney in Primorskii Province in the Russian Far East. This is as close to the end of the road as you can get, and where I’ve had my home for the last 18 years. Terney is on the edge of human civilization and surrounded by forests, the Sea of Japan, and wildlife. 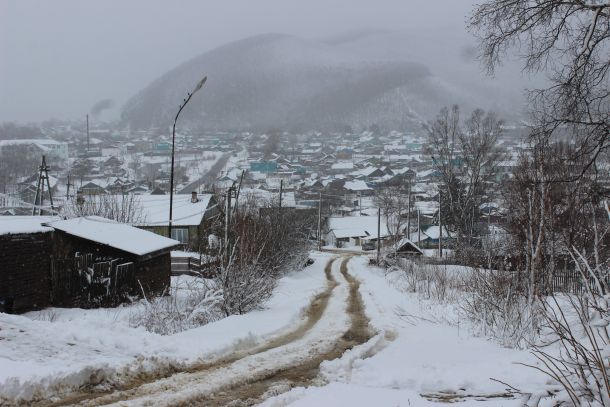 Villagers here are by nature a resilient bunch; like in many remote villages across Russia, they have been largely left behind as Russia climbed out of the recession of the 1990s created by the collapse of the Soviet Union. They have learned how to survive with a minimum of needs and a crafty resourcefulness.  If anyone knows how to hunker down during adversity, it’s the people here.

However, while the chances of becoming exposed to the virus are much less than in the busy city of Vladivostok, the regional capital 650 km to the south, if you get seriously ill here there are limited (if any) options for good treatment.  So my family and I are striving for no exposure, relying on extreme social distancing, and something very close to complete seclusion.

But isolation here is a lot easier to deal with than in a metropolis like New York or London. In between Skype calls and answering emails I collect jars of birch and maple sap flowing from trees I have tapped in our yard (we don’t boil it down to make syrup, just drink the fluids, which are slightly sweet and filled with vitamins). 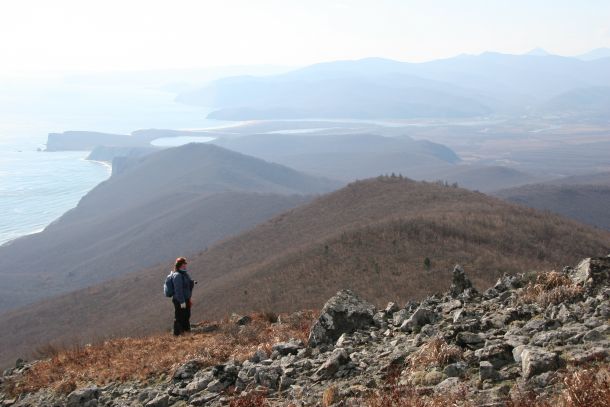 My wife Marina and I on the coastal Mount Abreck, looking back towards Terney along the banks of the Serebryanka River. Credit: Dale Miquelle/WCS.

On the hill beyond our backyard I walk my dogs along a ridge overlooking the village and the Sea of Japan that leads directly to the Sikhote-Alin Reserve: some of the best Amur tiger habitat in the world.

I can get in my truck and drive to the coast to monitor the spring migration of white egrets, watch the courtship of spectacular Mandarin ducks, and observe thin lines of Bean geese, tundra swans, and other waterfowl making their way north. In the evening I split and stack wood, which has become a kind of meditation for me: Hold. Whack. Stack…..Hold. Whack. Stack. 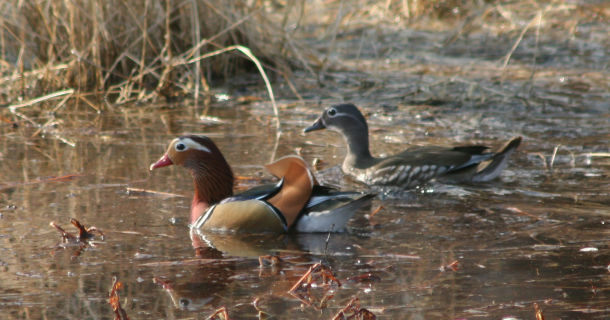 Coronavirus snuck into Russia undetected, but there is now no denying that it is here. In the first week of April President Putin made a national address, stating that the next week would be a “national holiday” in which nobody should go to work, and all should stay home. Since then, social distancing, closure of schools and restaurants, and a host of other restrictions were implemented in Moscow.

On April 10, Primorski Province announced it was shutting its borders with the neighboring province, and then announced that no one was allowed to leave their homes except to go to buy groceries or other essential activities. Today the police are stopping vehicles in our little village, checking on the necessity of every movement.

So now, we are trying to understand if we can continue our work. Camera traps need to be monitored, GPS-collared wild boar need to be tracked, and graduate student projects need to continue. 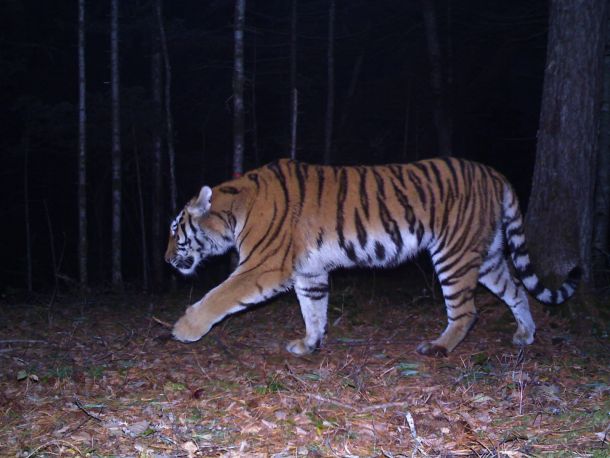 Or do they?  In late February, our US-based Fulbright student was called back by Fulbright, which stated that funding would be lost to students who decided to stay abroad.  And then, when airlines started closing down flights to the US, our other American graduate student decided it was time to abandon ship while he could still get home.

Our staff are trying to carry on.  It seems like there could be nothing safer (at least in terms of the virus) than walking in a forest dozens of kilometers from anybody else except your field partner (we always travel in pairs for safety concerns). But it may be that even traveling out of the village is a breach of the quarantine laws.

So, even here at the end of the road, it may be time to hang our coats by the door, put our boots by the wood-burning stove to dry out, and wait this one out.