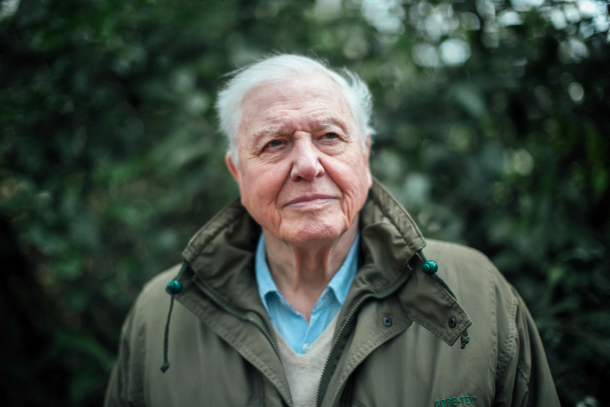 This Earth Day, Sir David Attenborough hosts a compelling documentary on PBS, “Climate Change – The Facts.” The new film dives into one of the globe’s most pressing issues, our changing climate. Leading climate scientists come together to discuss what may happen if global warming increases by 1.5 degrees. While that figure might not seem drastic, the impacts of this rise in temperature are significant both in terms of scale and scope, especially with regards to animals and their ecosystems. Experts examine the consequences of rising temperatures on ice sheets, fragile ecosystems, developing communities and extreme weather events.

Extreme weather events have an impact on ecosystems. For example, an extreme heatwave engulfed Cairns, Australia, in November 2019, with temperatures hitting 42 degrees Celsius (about 108 degrees Fahrenheit). Even animals that are specifically adapted to extreme heat were unable to survive, including flying foxes. Like all species, flying foxes have ways of dealing with the conditions of their environment. But their cooling methods proved to not be enough for the extreme heat. While conservationists work to save about 350 animals, over 11,000 flying foxes died as a result.

“I’ve seen for myself that in addition to the many other threats they face, animals of all kinds are now struggling to adapt to rapidly changing conditions,” Attenborough said in the film.

Certain locations, including those around the equator, are becoming increasingly uninhabitable as temperatures rise, University of Exeter Professor Catherin Mitchell explains in the film. With global temperatures rising at an increasing rate, animals are not able to keep up with the changing climate. Scientists believe that 8% of animals are at risk of extinction solely due to climate change. The loss of even the smallest organism destabilizes and increases the risk of a potential collapse of the world’s ecosystem, which holds together life on Earth.

In recent years, record-breaking hurricanes, extreme coastal flooding and devastating wildfires, such as in California and Australia, have left irreversible damage on the affected areas. As extreme weather events like these continue to increase across the globe, many wonder if these events are caused by climate change. Scientists are unable to definitively answer whether the increase in these extreme weather events is caused by climate change, but evidence suggests a connection. In the film, scientists discuss the relationship between climate change and the increase in extreme weather, hinting it may at least exacerbate the tumultuous situation with rising temperatures and sea levels.

“In the 20 years since I first started talking about the impact of climate change on our world, conditions have changed far faster than I ever imagined,” said Sir David Attenborough in the new documentary. “It may sound frightening, but the scientific evidence is that if we have not taken dramatic action within the next decade, we could face irreversible damage to the natural world and the collapse of our societies. We’re running out of time, but there is still hope.”

While these scenarios are discouraging, individuals can take action and make a difference. Changes can be made in the next decade to reduce CO2 emissions and limit further damage, experts explain in the film. These include increased advocacy, advances in alternative energy technologies and innovative solutions to capture existing carbon dioxide.