Do monogamous animals ever split up? Certainly, but a recent study on Canada geese offers some new insight into why it happens among this particular species. 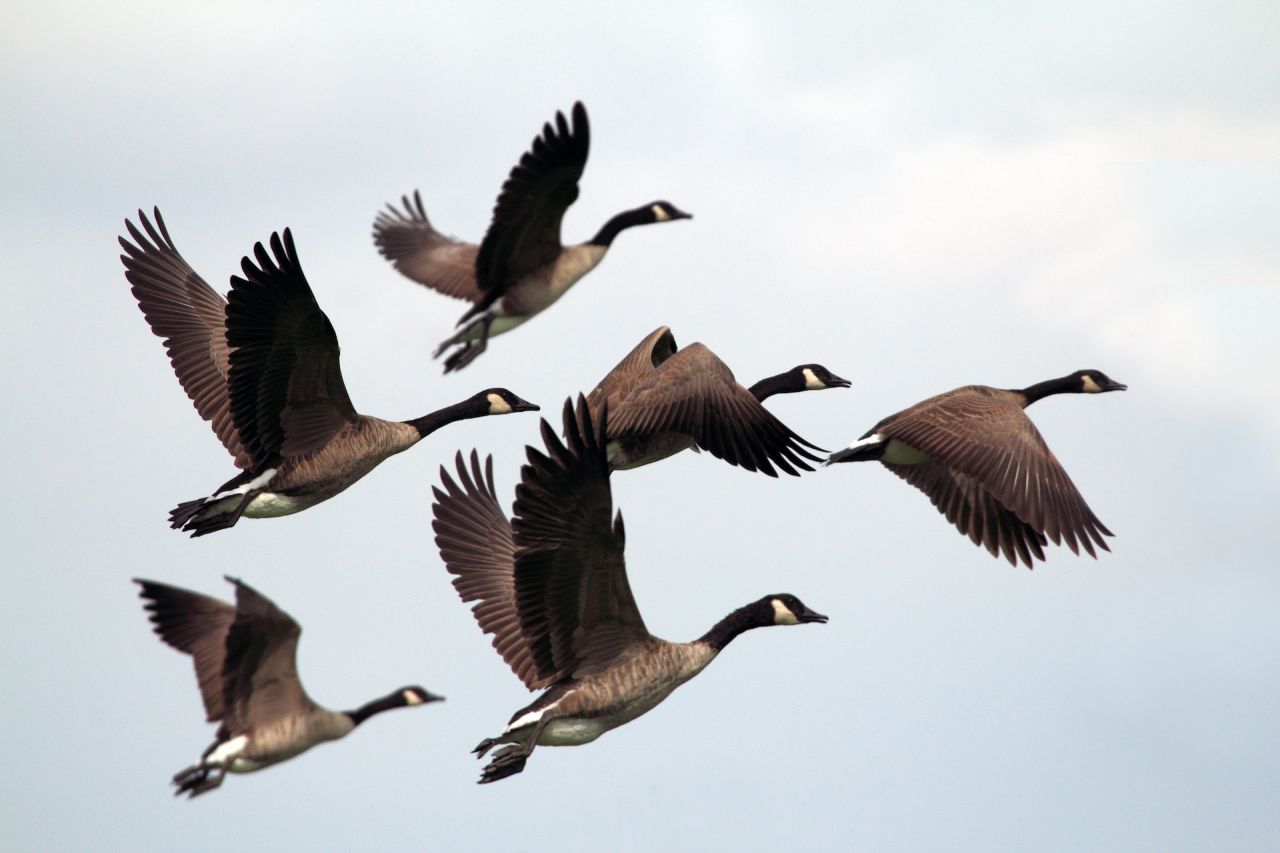 Being a parent takes a lot of energy, just ask Canada geese. After their goslings hatch, both parents stick around for nine months to help their young survive the winter — a long time by some birds’ standards. Lengthy care of the young is one of the benefits of having parents that mate for life, which for geese can mean well over a decade together. But this kind of intensive parenting is also tiring, and sometimes a goose will opt for a year off from breeding to recuperate energy. This leaves their mate in a tough spot if they want to stay on the mating train. According to a recent study on a population of Canada geese that live year-round in New Haven County, Connecticut, sometimes this mating standoff is grounds for divorce.

Based on an analysis of 25 years of data, ecologists Michael Conover of Utah State University and Jonathan Dinkins of Oregon State University concluded that “divorce in Canada geese is caused when one of the partners in the pair is willing and able to reproduce in a particular year, but its mate is not,” says Conover. About 15% of females and 18% of the male geese in the study divorced during their lifetime. In 22 of 23 divorced couples with a partner that moved on to a new mate, their old partner skipped a breeding year.

Though monogamous bird breakups are nothing new — Eurasian blue tits, mallard ducks and European oystercatchers have all been known to call it quits — the study authors found that previous theories about bird divorce didn’t quite explain their observations. For example, research on barnacle geese suggests that divorce occurs when birds become separated after spending their winters apart in other locations, but in this case, the birds lived together year round. Studies on a number of other species suggest that sometimes monogamous birds will leave their mates for birds with better territories, but when the researchers tested this on eight divorced geese with known territories, only one left their territory for another. And while failure to reproduce has long been associated with divorce in birds, this study helps explain what kind of failure to reproduce causes the split. It wasn’t that the couples bred unsuccessfully, or that their eggs were compromised somehow, but that one of the pair was unwilling to mate at all.

“It’s a pretty compelling conclusion,” says behavioral ecologist Colleen Cassady St. Clair at the University of Alberta. “The implications for what maintains pair bonds are interesting and new.”

Given the emotion that the term “divorce” conjures in a human context, one could feel bad for the goose that suddenly finds itself mate-less when opting for a year off from breeding. However, a break from reproducing is “a very common phenomenon in long-lived birds,” says St. Clair, adding that a break might be necessary for that individual’s long-term survival. Conover agrees, and says that the birds that move on to other mates “are just trying to make the best of a bad situation.”