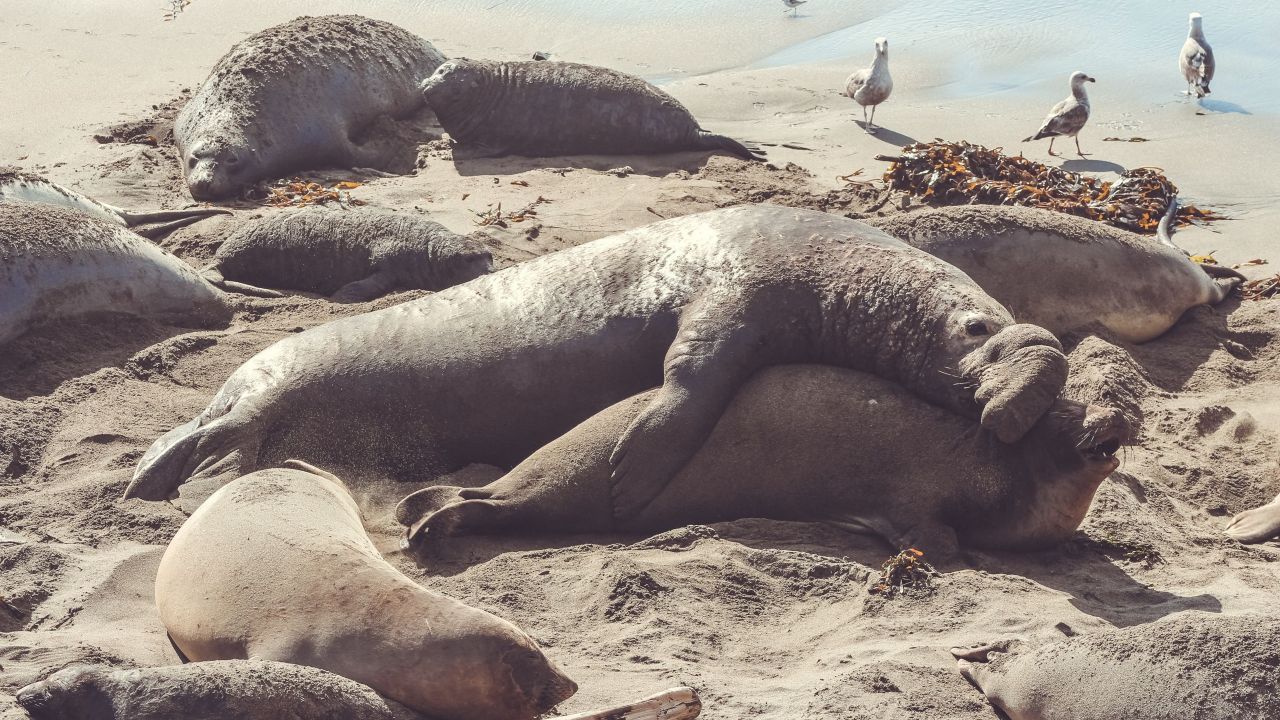 Elephant seals are the largest extant carnivorans, weighing up to 8,800 pounds. They can reach up to 20 feet in length. The northern elephant seal is slightly smaller than its southern relative. In both species, male elephant seals can weigh up to 10 times more than females.

Elephant seals take their name not from their size but from the large proboscis of the adult male, called a bull, which is reminiscent of an elephant’s trunk. The proboscis is considered a secondary sexual characteristic. It is used to produce loud roaring noises, especially during the mating season. Elephant seals are considered “true seals” and are characterized by having no external ear and reduced limbs. They have a more streamlined body and move easily in the water. Because of their reduced limbs, they have a more difficult time moving on land. Their body is covered in blubber, which helps them keep warm and reduce drag while they are swimming. 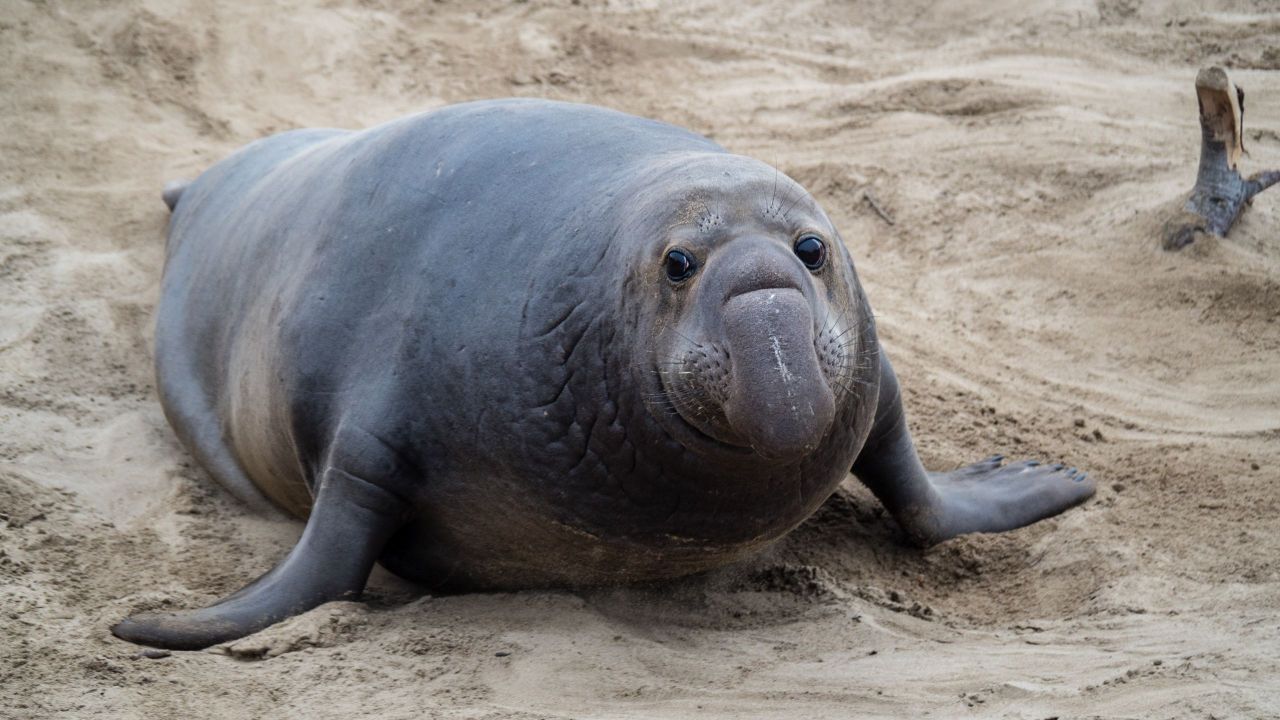 Elephant seals are carnivores. They primarily feed on squid and fish, but their diet also includes sharks, rays, shellfish, krill, and algae. Elephant seals spend months at sea in search of food. Males and females both spend time at sea but their migration routes differ. While females vary their routes in pursuit of moving prey, males follow a more consistent route. 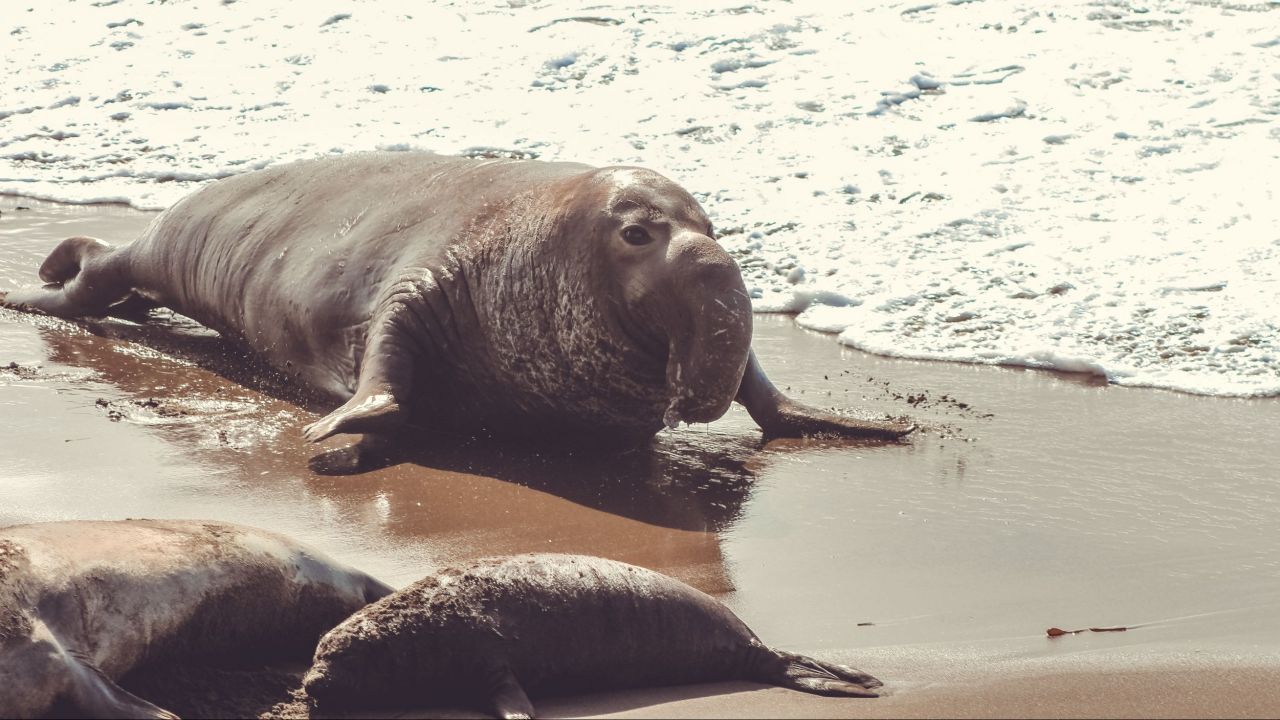 When breeding season arrives, males gather on land to define and defend their breeding territory. As females arrive, males collect a harem of 40 to 50 females. They battle other males for mating dominance. Some encounters end with roaring and aggressive posturing, but many others turn into violent and bloody battles.

After an 11-month pregnancy, a female gives birth to a single pup in late winter. When elephant seals are born, they can weigh up to 79 pounds and reach lengths up to 4 feet. The mother nurses the pup for approximately a month. During this time, she does not eat. Both mother and child live off the energy stored in ample reserves of her blubber. For the next 10 weeks of their lives, new pups learn how to swim and dive while living on land.

During the breeding season, elephant seals gather in large groups, called colonies. They tend to remain loyal to their colony, returning to their established breeding area each year. In their breeding area, males collect a harem of 40 to 50 females. Males battle to define and defend their territory. 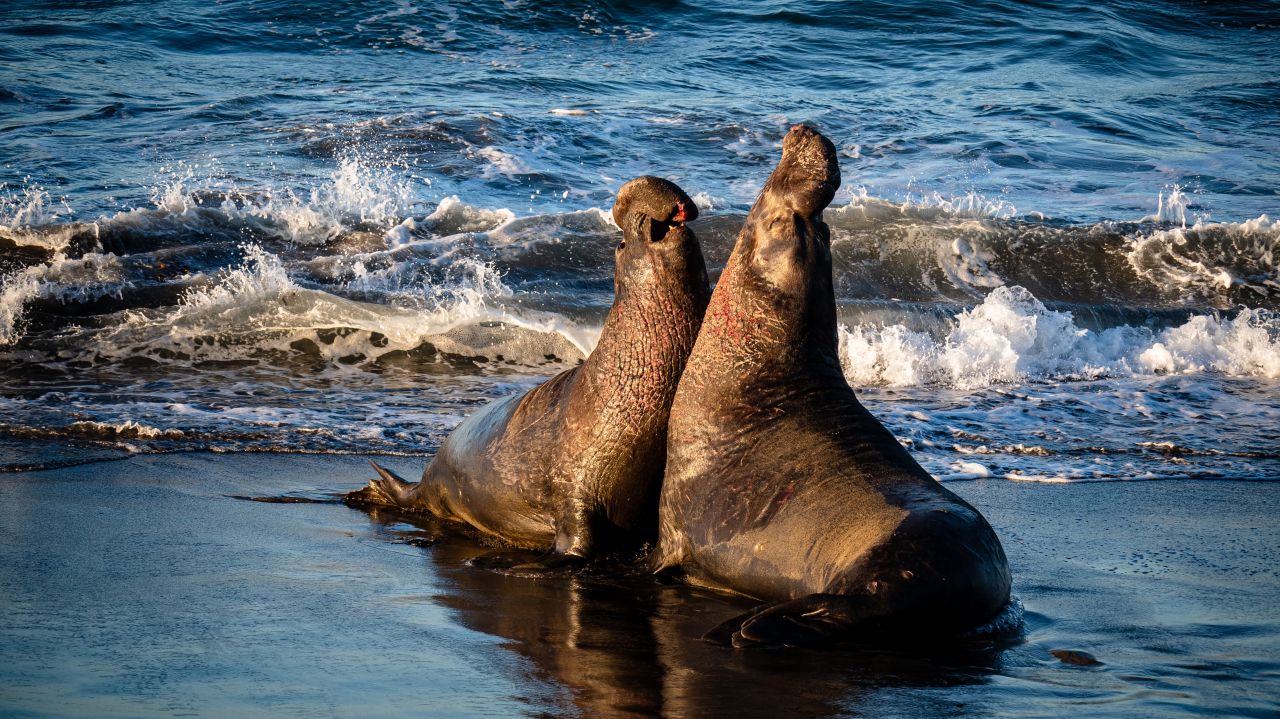 Elephant seals were once hunted for their oil to the point where they were pushed to the brink of extinction. Under legal protection, their numbers have rebounded. Other threats to elephant seals include entanglement in fishing gear and collisions with boats. Human activities like pollution, habitat degradation, and climate change also threaten both species. 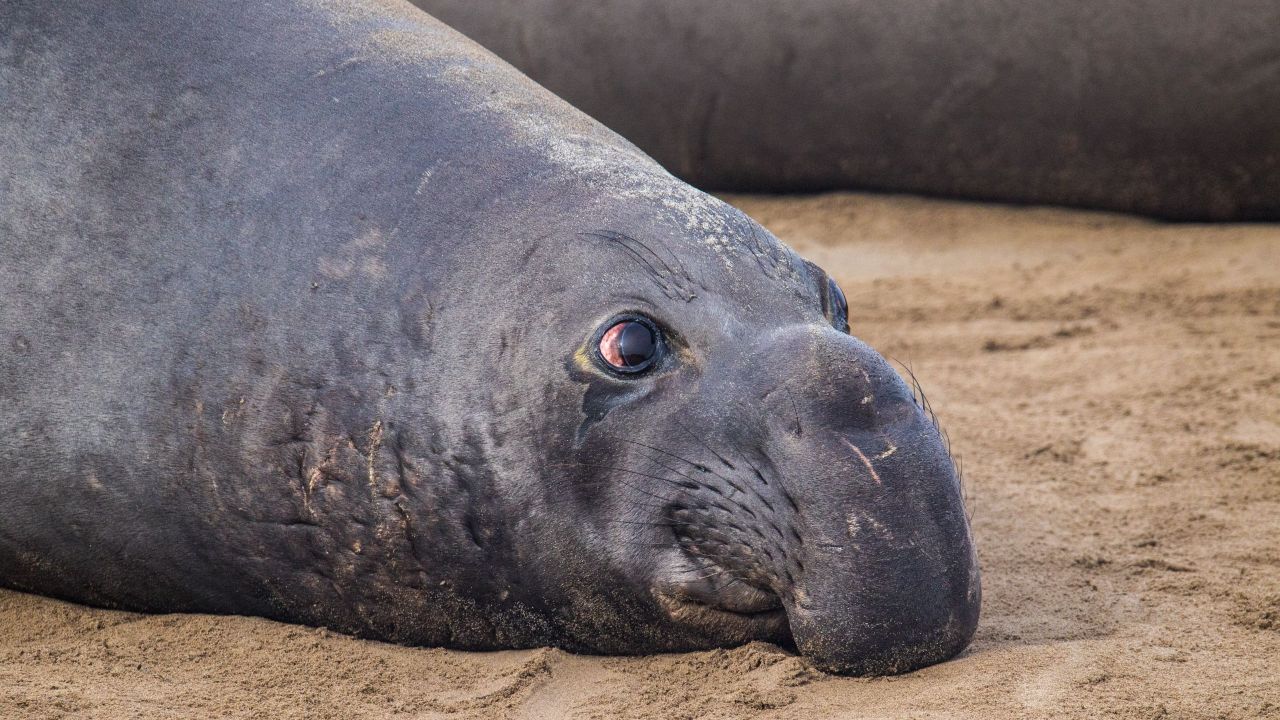 Both species are listed as of “Least Concern” by IUCN’s Red List.

Northern elephant seals are protected throughout their range under the Marine Mammal Protection Act. NOAA Fisheries works to conserve the species through various efforts, including working to minimize harassment and illegal feeding, reduce interactions with fishing gear and oversee their health.