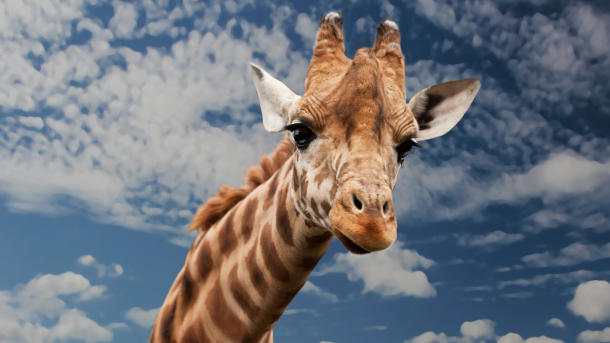 Giraffe (Giraffa camelopardalis): The giraffe is an African mammal and is the tallest living land animal. 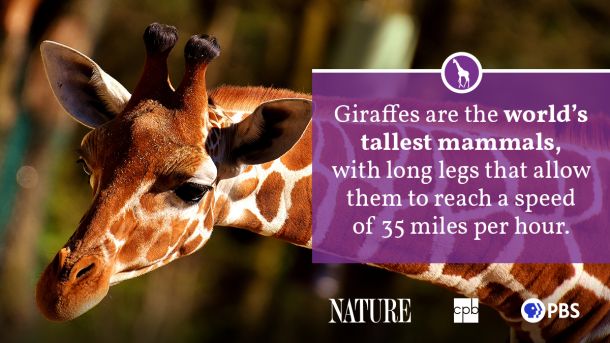 Their neck alone can be 6 feet long, which is taller than the average man and can weigh up to 600 pounds. A giraffe’s legs are also about 6 feet long, allowing them to run quickly. The record running speed of a giraffe is 34.7 miles per hour. A giraffe’s heart is 2 feet long and weighs about 25 pounds. And a giraffe’s lungs can hold 12 gallons of air. A giraffe’s eyes are the size of golf balls. 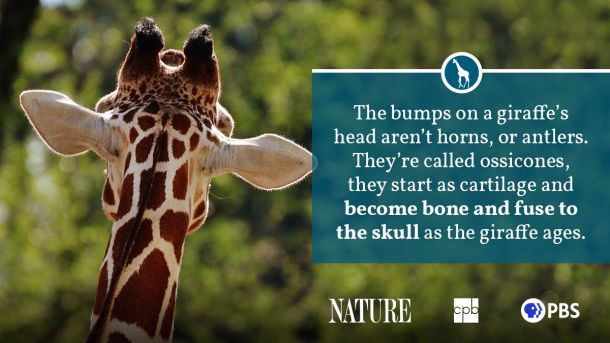 Giraffes are known for their long, tall appearance. They have a small hump on their back like a camel and have a spotted pattern similar to that of a leopard. Because of the combination of these features, some people called the giraffe a “camel-leopard.” That’s where the giraffe’s species name “camelopardalis” comes from.

These nine subspecies of giraffe vary in coat patterns and live in different parts of Africa. A giraffe’s coat color can range from light tan to nearly black, depending on what the giraffe eats and where it lives. Giraffe coat colors vary from light tan to practically black. Each giraffe’s markings are as individual as human fingerprints.

For example, the reticulated giraffe, found only in northern Kenya, has a fark coat with a web of narrow white lines, while the Masai giraffe, also found in Kenya, has a pattern that looks similar to oak leaves.

Giraffes have two horns on the top of their head called ossicones. Both males and females have ossicones. Ossicones are covered in skin and fur like the rest of the giraffe’s body. Ossicones start as cartilage and later fuse to the skull as the giraffe ages.

Giraffes are herbivores, feasting on hundreds of pounds of leaves a week and traveling miles in search of food. Their height gives them an advantage over other African herbivores, as they can reach the high branches for young leaves. Their 18-inch tongue helps them reach some of the tougher leaves. It takes a lot to fuel such a large mammal, and a giraffe may eat up to 75 pounds of food per day. A giraffe will spend most of its day eating. Giraffes only need to drink once every several days because they get most of their water from the luscious plants they eat.

Acacia trees host their favorite leaves. While these trees have long thorns, which prevent most animals from eating them, giraffes use their long tongues and prehensile lips to reach around the thorns. The dark color of their tongue is believed to prevent sunburn while reaching for leaves. Giraffes have thick, sticky saliva, which coats any thorns they might swallow. 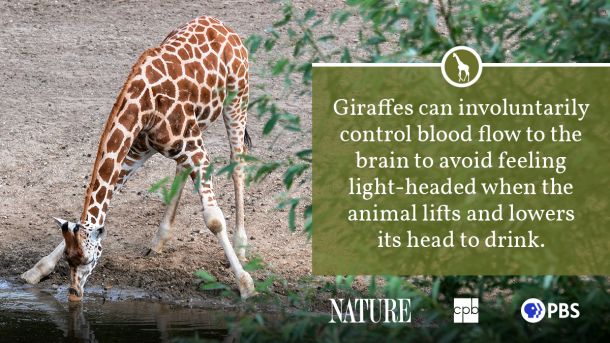 Giraffes can be found in African savannas, grasslands and woodlands.

Giraffes can be found throughout sub-Saharan Africa. They are native to many African countries, such as Kenya, Cameroon, Chad, Niger, Uganda, Namibia, Botswana, Zimbabwe, Zambia, Tanzania, Angola, and South Africa. 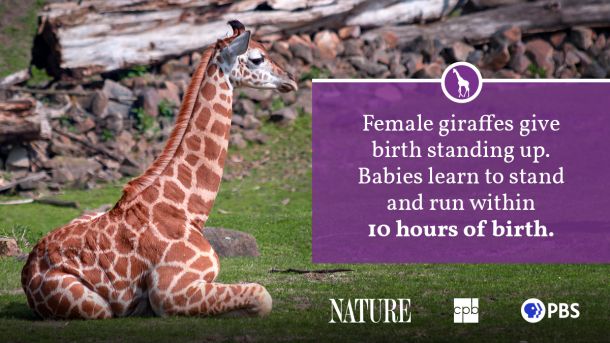 The giraffe gestation period is about 14 months, and an adult female giraffe typically gives birth to one newborn, called a calf, at a time. When a calf is born, it is born feet first, followed by the head, neck, and shoulders. Female giraffes give birth standing up, so the young giraffe starts its life by falling more than 5 feet to the ground. About an hour after birth, the calf can already start to stand up and walk. Within a week, it starts to sample vegetation.

When a calf gets older, the mother leaves her youngster together with other calves in a “nursery.” One of the moms stays to babysit while the others go out to eat and socialize. In the nursery, the calves develop physical and social skills through play. The young giraffes can eat leaves at the age of four months, but continue to nurse until they are six to nine months old. Giraffes hit sexual maturity between 3 and 5 years old. 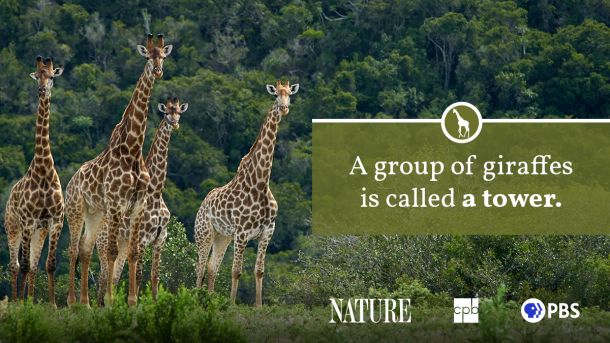 Giraffes are social animals. They live in herds of about 10 to 20 individuals and they can be up to 50 members. Groups of giraffes are called “towers.” Giraffes do not have strong social ties like other animal species, except the mothers with their offspring. Each member of the herd can leave the group at will.

Aside from humans, crocodiles and lions are giraffe’s only predators. However, due to their size, giraffes do not hide from these predators. They are able to protect themselves from predators by staying in groups, as it makes it more challenging for the predator. If they need to defend themselves, giraffes have a deadly, karate-style kick. Giraffes can also run very fast, around 35 mph, for short distances.

Giraffes typically live between 15 and 20 years in the wild. 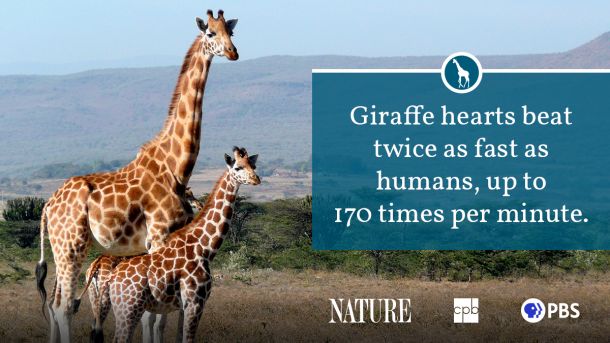 In many African countries, giraffe populations are slowly decreasing. Habitat loss and the overgrazing of resources by livestock are among the largest threats. The future of giraffes is largely dependent on the quality of the habitat that remains. Another major threat is poaching. Giraffes are shot or snared for their meat, hide, bone marrow, and tail hair.

Giraffes are classified as Vulnerable on the IUCN’s Red List. Their population size has been declining in recent years. 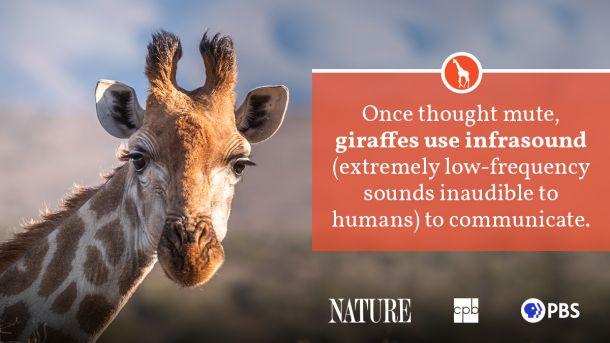 Earthday.org provides a list of ways to help protect giraffes:

Support giraffe conservation efforts, such as those with WWF and the San Diego Zoo.