This piece comes to us from Tim R.B. Davenport, Director of Species Conservation for Africa at WCS (Wildlife Conservation Society). 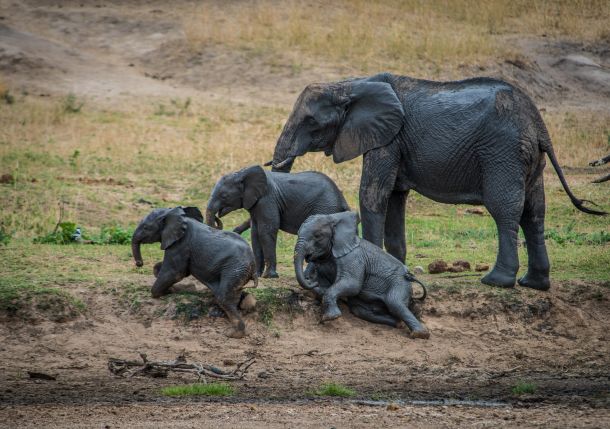 An elephant mother with her twins and their cousin in Tanzania’s Tarangire National Park. Credit: ©Tim Davenport/WCS

I have spent the last four months at home in Arusha, northern Tanzania, isolating as much as possible from the health risks of COVID-19. As Director of Species Conservation for Africa at the Wildlife Conservation Society (WCS), my role is to advise programs across the continent on the best ways to study, monitor and protect some of Africa’s most iconic species. These include great apes and other primates, as well as large carnivores and elephants.

This unique period in human history has shown just how challenging conservation truly is.

Back in early April, journalists frequently sought out my opinion on the impact the virus might have on conservation in Africa. At the time, I predicted that COVID-19 may push a general shift in poaching activity from wildlife “trophies” to meat; from commercial to subsistence, as jobs would be lost in the towns and cities, resulting in a temporary urban to rural migration. 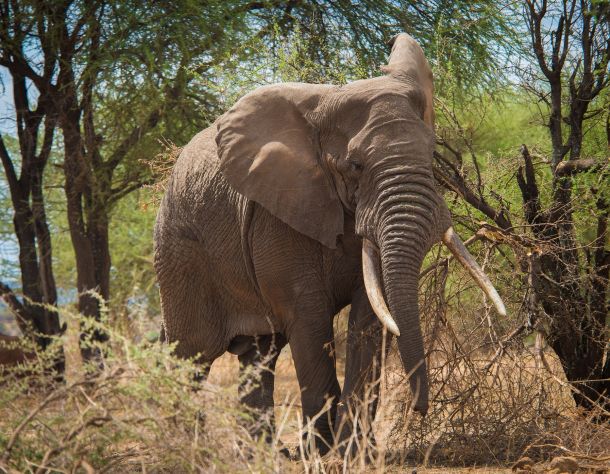 However, the situation may prove to be far more complex. At the time, I speculated about the huge impact that the abrupt closure of tourism might have—both through the loss of revenue to parks and wildlife institutions and from the sudden absence of tourists, whose presence as a deterrent to illegal activities is matched only by the toil and bravery of rangers.

But that was conjecture. Since then I have been keenly monitoring the impact of the COVID-19 pandemic. I have been particularly focused on whether increased poaching for the global ivory market might be having an impact on elephant numbers.

In Tanzania there have been reports of poaching in areas not previously known for illegal activities but now bereft of tourists. Across Eastern Africa there has been evidence of a change in tactics from export of ivory via plane or ship to storage, not least as there were more arrests initially due to greater border security and more recently because of air travel restrictions. 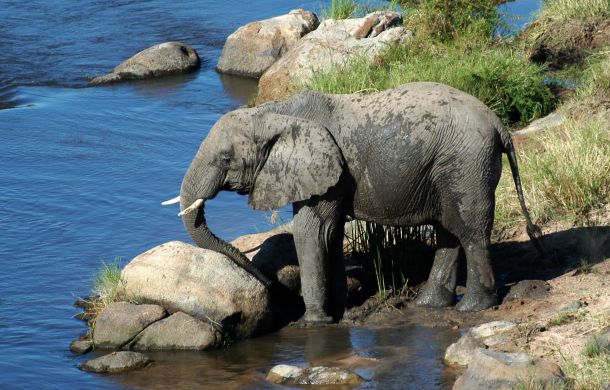 A look at poaching activities across Africa in the last two months suggests that may be the case. In May alone, based on limited published information, ivory seizures and arrests were made in Angola, Benin, Botswana, Cameroon, Ethiopia, Ghana, Kenya, Malawi, Mozambique, Namibia, South Africa, Tanzania, Uganda and Zimbabwe.

These enforcement actions included the arrest of a Zimbabwean soccer star with 8 tusks, 14 Chinese nationals charged with possession of ivory and 10 elephant penises in Uganda, and reports that in Cameroon “ivory poaching appears in full swing” despite intense awareness-raising by government and NGOs.

Clearly ivory poaching remains a growing concern across Africa, though some of the ivory seizures could have been from elephants killed before COVID-19. But is this apparent uptick a result of the coronavirus? While that would appear to be the case, any definitive answer would need to account for larger global trends in the illicit ivory trade due to demand in Japan, China, Europe and elsewhere.

We know that in Kenya, there were at least three ivory arrests in the Laikipia region in May, as well as reports of poaching gangs being set up in other parts of the country by people left unemployed through the collapse of the $1.5 billion tourism industry. Poachers arrested with tusks in Tete Province, Mozambique, said they had been pushed into poaching because of financial difficulties brought about by sudden unemployment. 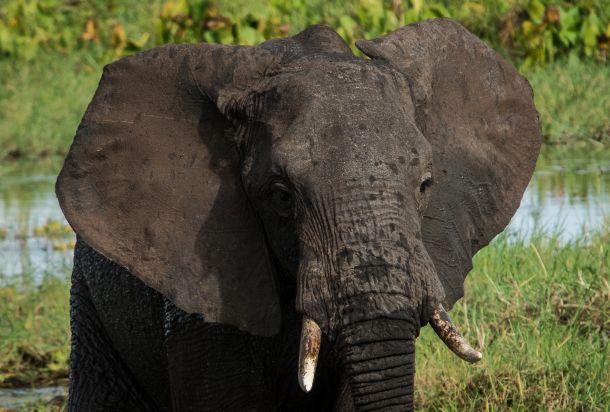 Here in East Africa we are emerging from one of the longest and wettest rainy seasons on record. While elephant hunting can focus on dry season water sources, it tends to occur more in the rains, as elephant groups spread out and remote areas become even harder to patrol. We will wait to see what is revealed once the vegetation has died back and patrols are re-energized.

The pandemic has laid bare the extraordinary fragility of our relationship with nature. While our track record on environmental protection has been imperfect, we know more clearly than ever that there is opportunity for improvement with more sustainable financing mechanisms and a better understanding through science of how people are disrupting nature.

While it is still too early to claim categorically that ivory poaching has risen due to COVID-19, incidents in at least 14 African countries in May show the trade has clearly not gone away. To a list that includes trade enforcement, habitat loss, hunting, and conflict with humans must now be added global pandemic among the conservation challenges to the protection of elephants and other species in Africa.