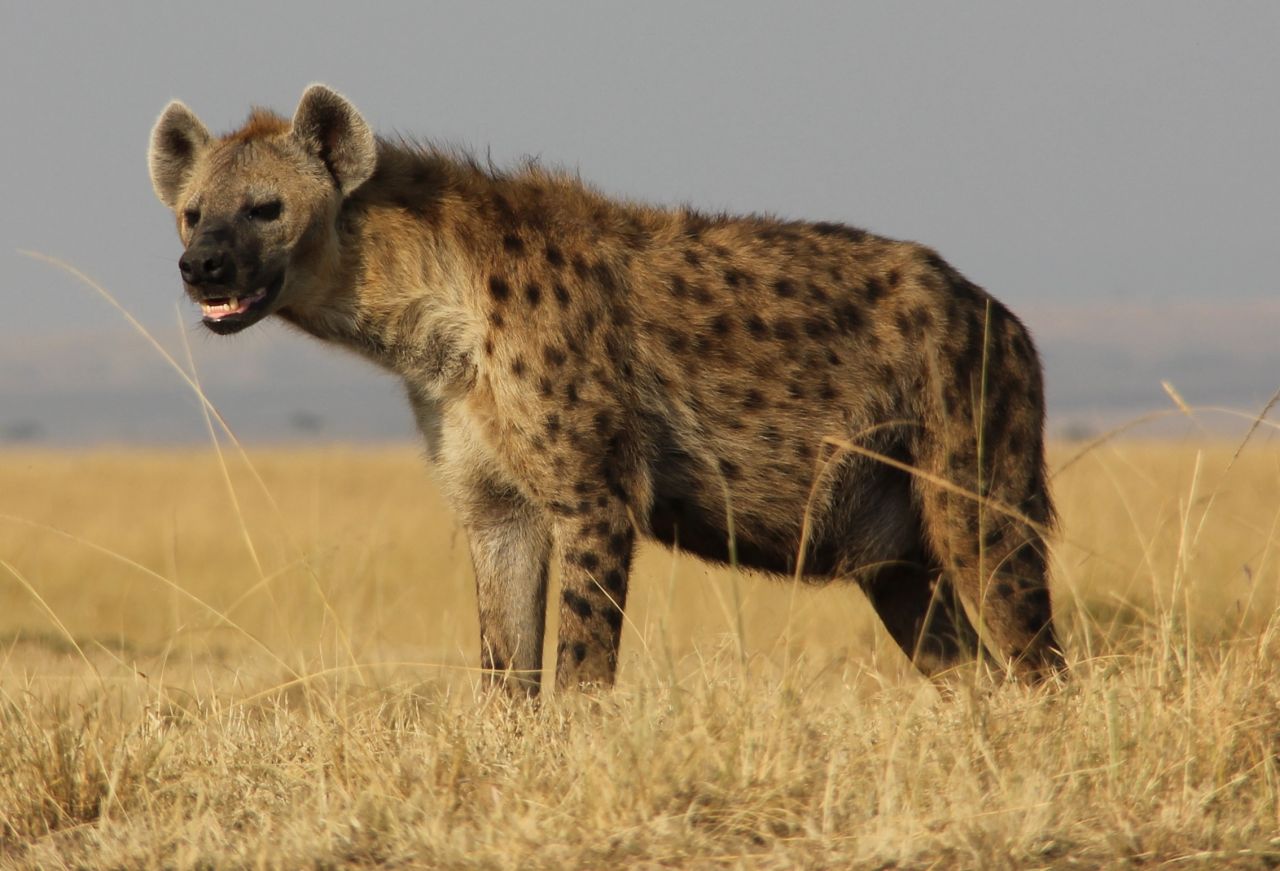 Editor’s note: The following is an excerpt from Wild Sex: The Science Behind Mating in the Animal Kingdom, by biologist, author and broadcaster Carin Bondar. Those curious about the fascinating sex lives of animals…read on.

Did you know that human females have penises?

The clitoris is assumed to be the female’s version of male genitalia, a vestigial structure that that remains in the female body because of its immense importance in males. The mere evolutionary byproduct that is the clitoris is a source of pleasure for orgasmic females everywhere. Despite this evolutionary homology (i.e. the structures are from a common origin but have since diverged), human genitalia between the sexes are morphologically distinct. There are girl bits, and boy bits, and they are easily identifiable.

This isn’t the case for all mammalian females. In some truly astonishing twists of evolutionary oddness, ladies in several mammalian orders have evolved external genitalia resembling that of their male counterparts. The penile-clitoris is the name given to these structures, which are essentially hypertrophied clitorises that resemble the phallus. Pseudopenises are most well known for their presence in elephants (family Elephantidae) and spotted hyenas (Crocuta crocuta), and they make it nearly impossible to differentiate between the sexes using mere external morphology.

In elephants, males and females have an identical anogenital distance, which means that the amount of physical space between the anus and the penis (or penile-clitoris) is exactly the same. Moreover, males have no scrotum, which is usually a handy way to determine maleness in mammals that have retractable penises. However, social context in elephants does provide fairly reliable information about the sex of individuals. Adult female elephants are never without a group, whereas adult males are never part of one (unless a male is copulating with a female). Females live together with other females and offspring, and when males reach sexual maturity, they are evicted and forced to live as solitary individuals or as part of small bachelor pods. When a female is in oestrus (which is rare, approximately two to three days every four years), an adult male is permitted entry into the group for copulation purposes only. 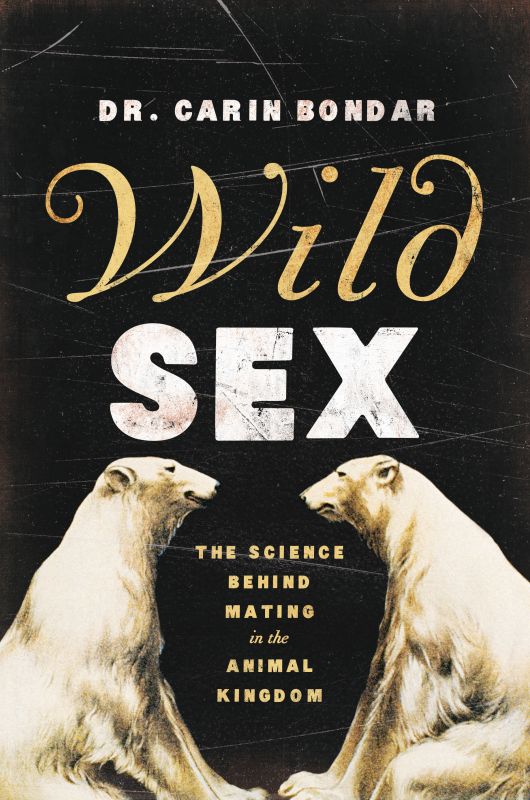 Which male, you ask? A delightful physiological and behavioral process called musth determines the identity of the lucky suitor. Males that are ‘in musth” experience a five-fold increase in circulating testosterone levels and are extremely aggressive towards other males. If a different (non-musth) male attempts to copulate with an oestrus female, chances are he will be killed by the one in musth, who will be making strange vocalizations and emitting discharges from sweat glands and his penis.

As you can imagine, the astonishing genital structure of female elephants means that the act of copulation is not simple. Actually, it is physically impossible for a male to have sex with a female unless she is completely willing, and this is because she must first retract her penile-clitoris into her own body (think about turning a sock inside out). Only once it is safely tucked inside the female’s body can the male insert his penis into her vagina. To put it another way: it’s physically impossible to rape a female elephant. Females will only ever allow males to have sex with them during the brief period of ovulation, and each act of copulation acts less than one minute (though there will be several throughout the day). So not only can male elephants not copulate with a female whenever he wants, but when a male elephant finally does get to copulate, it lasts for an extremely short period of time. When it comes to sex, it’s not much fun to be a male elephant.

As I mentioned earlier, the other lady who is most famous for her boy bits is the spotted hyena. These females have extremely complex penile-clitorises, and their external labia are fused together to form a pseudoscrotum. So if you thought you’d be able to determine the sex of a hyena by looking for testicles, you’d be wrong. The genital structures of female spotted hyenas win them the distinction of being the only mammalian females to copulate, urinate, and give birth through the penile-like canal. It’s even possible for females to achieve erections. There are some slight differences between the genital structure of males and females, namely that the male penis is longer and thinner with an angular head. These characteristics make it easier for him to insert it into the female’s genital opening (once she’s retracted her penile-clitoris).

Although the external genitalia are morphologically similar to those of males, the internal urogenital system of females is more traditionally feminine. She gestates offspring in her uterus; however, as I mentioned above, she also give birth to 1.0-1.5 kg babies through the penile-clitoris. The birth canal is approximately 2.5 cm in diameter, and females often experience severe tearing. The rate of female mortality during childbirth is abnormally high for first-time mothers. The news isn’t all that much better for he babies, who often separate from the placenta, get caught in the birth canal, and die from anoxia.

What are the evolutionary origins of such structures? In what possible circumstances would it be advantageous for females to evolve such highly masculinized genitalia? There are other mammalian females that possess hypertrophied and masculinized genitalia, such as moles and lemurs, but none possess the remarkable structures of the spotted hyena. Of the four species in the family Hyaenidae — spotted (Crocuta crocuta), striped (Parahyaena brunnea) and brown (Hyaena hyaena) hyenas, and aardwolves (Proteles cristata) — only the spotted hyenas have acquired the penile-clitoris.

There are a few schools of thought with respect to the evolutionary origins of this remarkable structure. Hormones called the androgens have always been present in the systems of female spotted hyenas, and these substances are associated with dominance and social status. In addition, testosterone levels in spotted hyena females are as high as those in males, unlike female striped or brown hyenas (who are also not socially dominant to their male counterparts). It’s thought that high levels of testosterone are transferred to male and female offspring through the placenta, exposing both sexes to a high level of maleness during gestation. These steroids in adult females make them extremely aggressive, much more so than their male counterparts, despite being of a similar physical size.

A clear advantage for females to be dominant is illustrated in the feeding system of spotted hyenas, which converge on freshly killed prey and eat as a group. This is quite unlike the solitary foraging tactics employed by striped and brown hyenas. Over twenty individuals may be vying for a piece of a kill, so competition is high. It’s been noted that a group of spotted hyenas can transform a wildebeest to mere stains on the grass in a matter of minutes. High-ranking females are the first to indulge in a kill, along with their offspring. Low-ranking females and their offspring are next on the list, finally followed by adult males.

Without question, females are socially dominant to males, so there are clear ecological advantages to having high levels of androgens and testosterone, and the ‘nonadaptive’ hypothesis suggests that the extremely masculinized genitalia of these ladies is an evolutionary by-product resulting from possession of these steroids. There is some merit to this hypothesis, but thinking back to giving birth through a penis (a massive biological trade-off) makes me wonder if there is another hypothesis that explains the existence of the penile-clitoris.

An alternative school of thought behind the existence of the highly masculinized genitalia of the female spotted hyena is that the structure evolved at least partly in a social context. As I’ve stated above, high-ranking females are extremely aggressive towards both males and lower-ranking females. They realize a higher level of nutrition and reproductive success than subordinates, and they have even been observed to attack lower-ranking females and their offspring. It would seem, then, that existence of a ritualistic behavior that reiterates social status may be advantageous for high- and low-ranking females, to maintain dominance in the former and to reiterate submissiveness in the latter. When females greet each other, they stand in a parallel position, facing in opposite directions. They then lift their hind legs and display their fully erect penises to each other. They will lick and smell each other’s penises, but there is a suite of behaviors that are performed only by the more submissive individual. Asymmetries in these greeting displays are greatest between highest- and lowest-ranking females, suggesting that this could represent some kind of mutual communication about social status. It would make sense for a low-ranking female to engage in whatever submissive postures she can because this leaves her most delicate bits completely vulnerable. Although this “submission signal” hypothesis explains the existence of these gestures, I’m doubtful that it’s enough to drive the evolution of the female penis. Remember: these females are giving birth through a 2.5-centimeter canal!

A third hypothesis for the evolution of the penile-clitoris has to do with the notion of sexual monomorphism (both sexes look the same). There are widespread species in which males and females closely resemble each other for different ecological reasons. It’s thought that sexual monomorphism in spotted hyenas could be advantageous for a few reasons. First, there is intense aggression between newborn hyenas. These are not your average “cute baby animals.” Newborn hyenas are located in underground dens that are not easily reached by their mother (or any other adult). They have functional incisors, large canines, and muscular necks and jaws. In addition, they are extremely aggressive, often attacking anything that moves. Interestingly, female newborns experience a greater level of siblicide than males.

Why would this be the case? In hyena societies, males are essentially the lowest rank on the totem pole, whereas there is intense aggression between females of various rank (see above). A male newborn is therefore a much lesser threat to any other newborn in the litter than is a female. Furthermore, high-ranking females have been observed to kill the female offspring of low-ranking females, again substantiating a biological desire to keep the pool of competitors low. When spotted hyena pups are born, they are virtually identical. Their sex can only be determined through molecular means; male and female genitalia are indistinguishable. The physical resemblance between male and females decreases from infancy onwards — in fact, it’s easy to determine the sex of a post-reproductive adult female through her torn penile-clitoris and pulled nipples.

This suggests that pressure for females to appear as males is greatest at early stages of a female’s life. This idea for the evolution of the penile-clitoris makes the most sense to me. It’s a structure that comes with both immense benefits (social dominance, sexual dominance) and immense costs (I’ll say it one more time: they have to give birth through a penis), and I feel like it is just unlikely to have evolved as a byproduct of some other structure or behavior. The sexual mimicry hypothesis, where females have evolved genitalia that is indistinguishable from males — especially at infancy, when they are most likely to experience higher level of siblicide or infanticide based solely on their female identity — seems the most plausible candidate.

Reprinted by arrangement with Pegasus Books. All rights reserved.