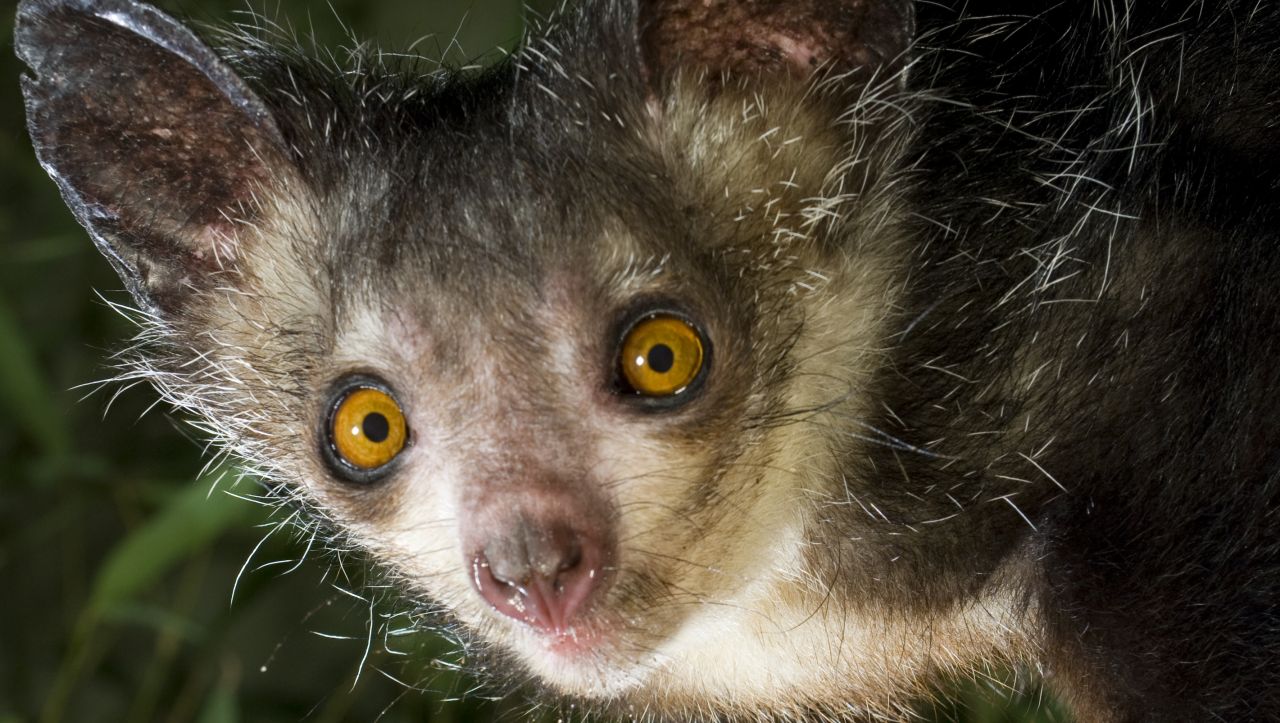 The aye-aye (Daubentonia madagascariensis) is the largest nocturnal primate. It is native to the island of Madagascar and known for its weird morphological features. 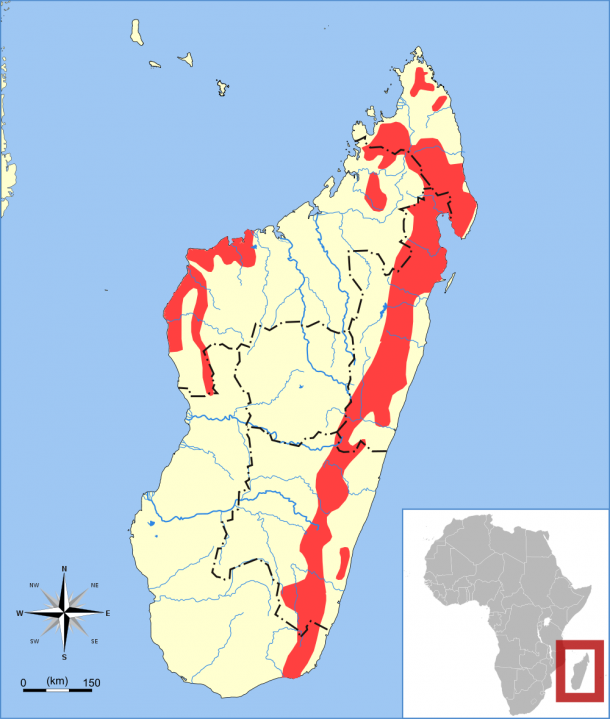 Appearing to be half bat, half monkey, and with the continuously growing incisors of a rodent, these are some of the most unusual creatures on earth. Each hand has one long finger used to dig deep into trees and find insects and grubs that no other predator can reach. They also feed on fruits, nuts, nectar, seeds, and fungi. 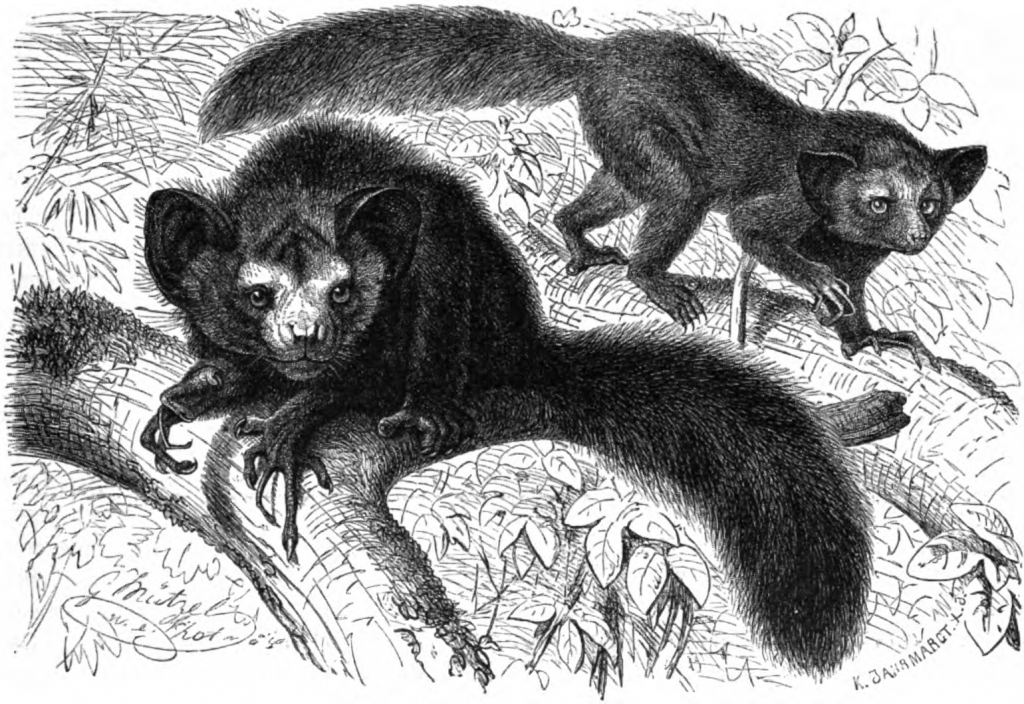 Aye-ayes are the only primates thought to use echolocation to find prey. They tap on trees with their long middle finger and listen for wood-boring insect larvae moving under the bark. They then employ the same middle finger to fish them out. This method of finding food is called percussive foraging and is also used by woodpeckers. Because woodpeckers aren’t native to Madagascar, the aye-aye is able to fill this ecological niche. 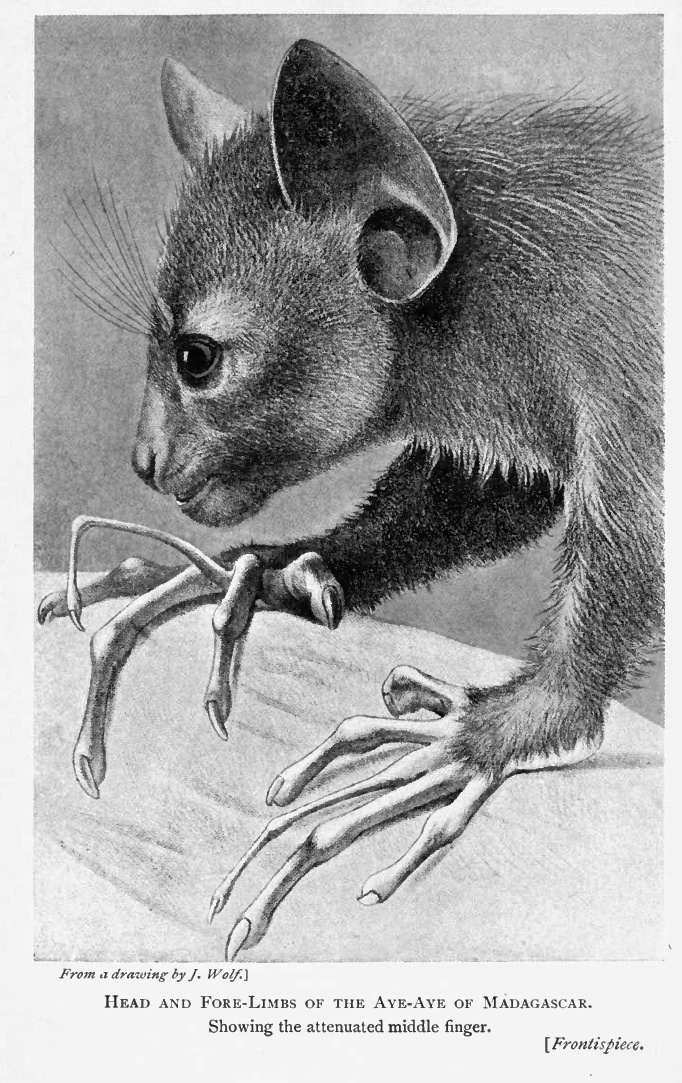 The aye-aye was once thought to be extinct, but miraculously returned in 1957. However, they are now considered critically endangered for a number of reasons. For one, some Malagasy natives believe them to be a symbol of death and kill them on sight. Aye-ayes are also a menace to crops, so many farmers will do away with the creatures to protect their farms. Habitat destruction also impacts aye-ayes, as does the fact that they are a source of food and money for many people. 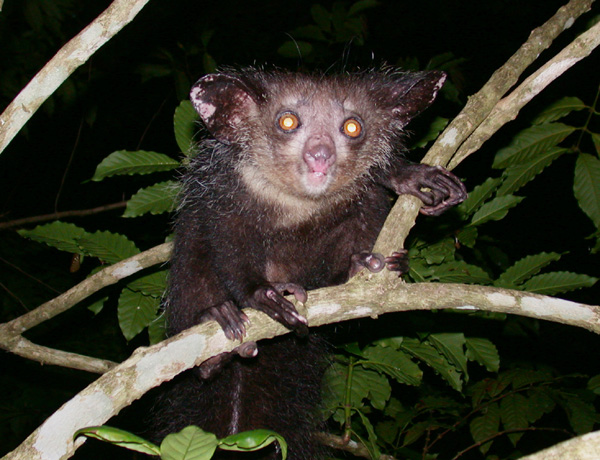 Aye-ayes can now be found in 16 different protected areas in Madagascar and there are efforts to understand and breed these unique animals in captivity. 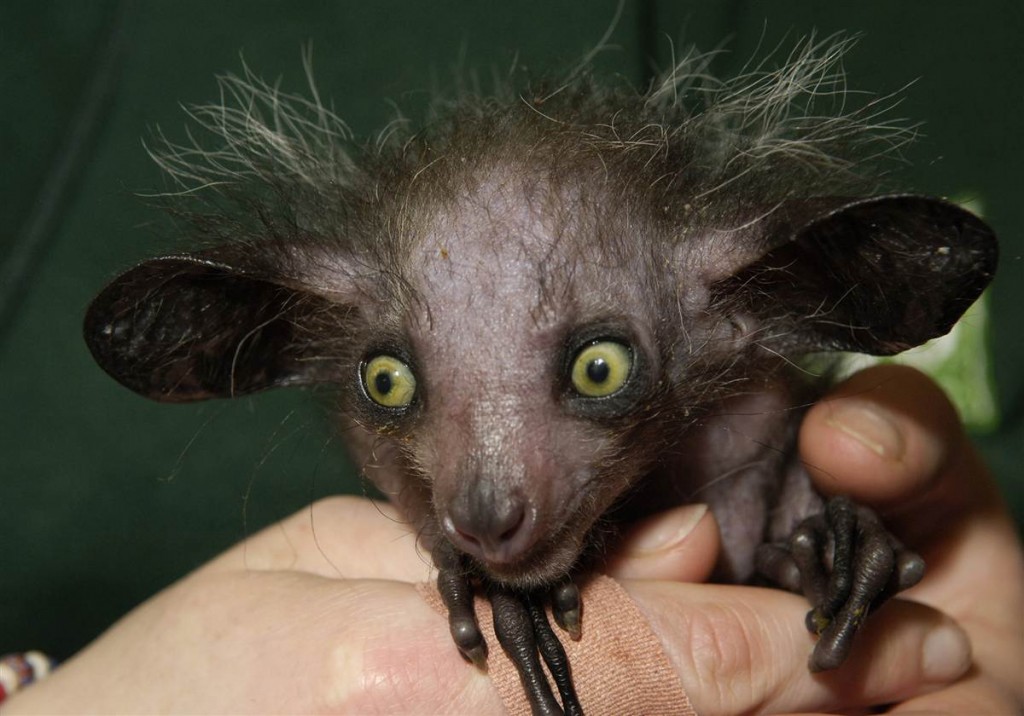 A juvenile aye-aye at the Bristol Zoo