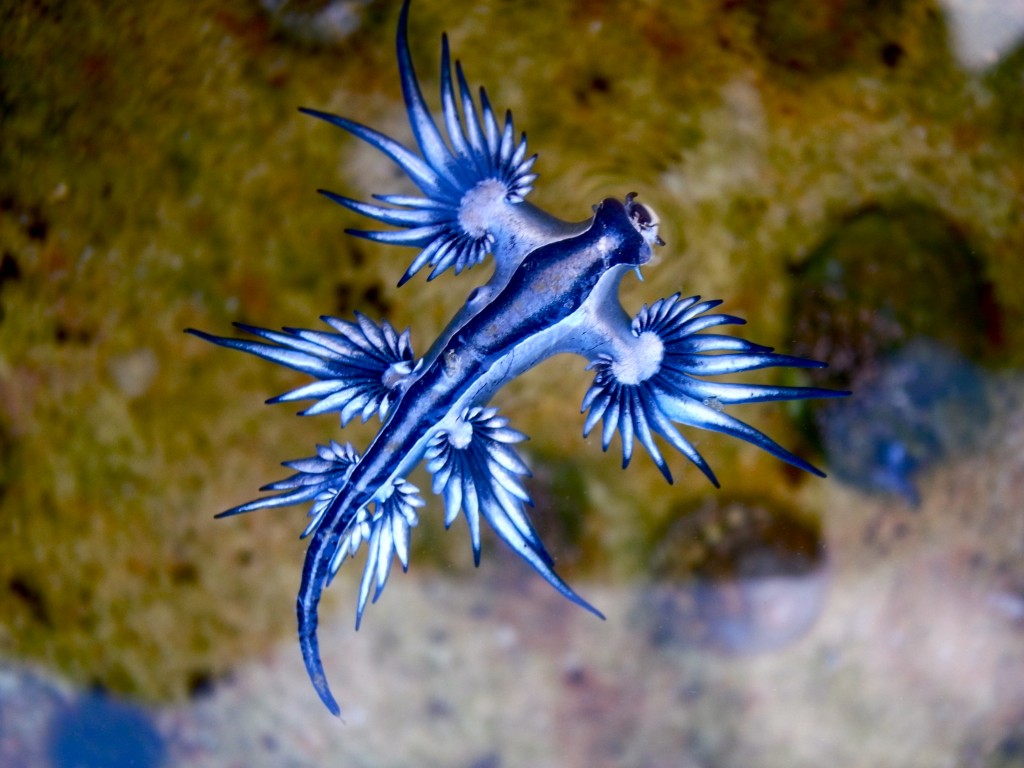 The blue dragon (Glaucus atlanticus) is a type of mollusk known as a nudibranch. Despite its impressive appearance, it rarely grows larger than three centimeters long. 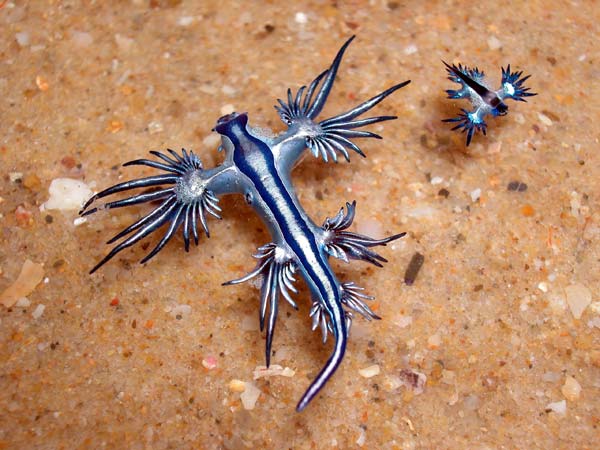 It can be found drifting on the surface of the Atlantic, Pacific and Indian oceans in temperate and tropical waters. An air bubble stored in its stomach keeps the blue dragon afloat. 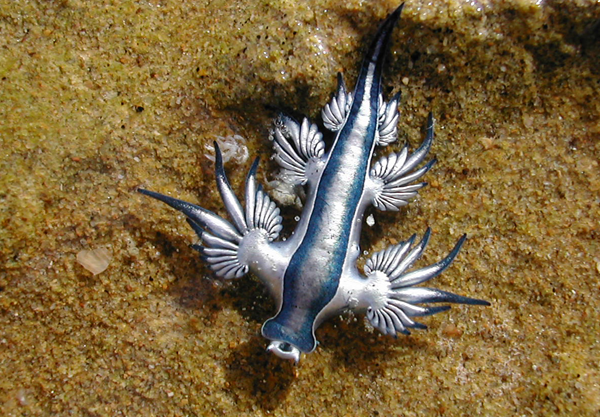 This delicate creature floats on its back, exposing its brightly colored underbelly to airborne predators. The vibrant blue color acts as camouflage against the backdrop of ocean waves. Its dull-colored backside blends with the bright sea surface, hiding it from predators below. 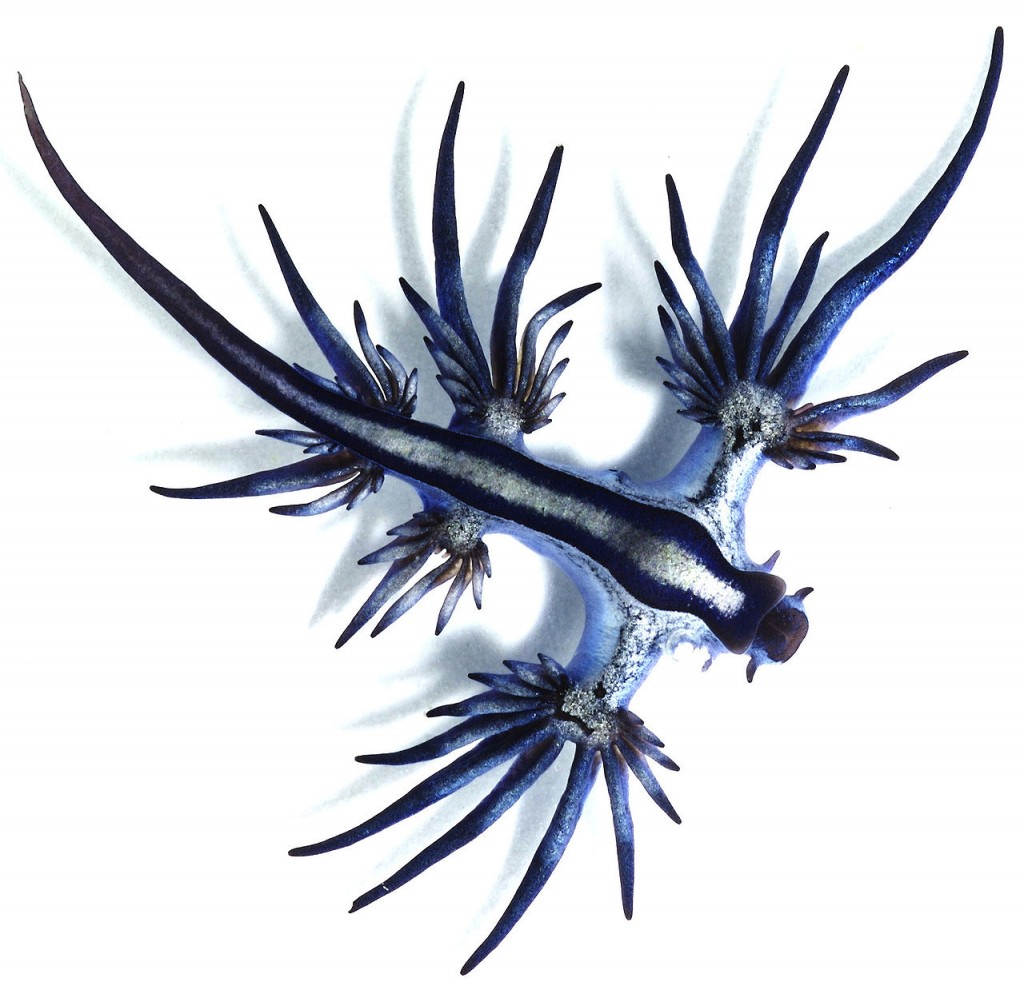 The blue dragon’s favorite snack is the Portuguese Man O’ War (Physalia physalis), a venomous ocean drifter that resembles a jellyfish. Once ingested, it siphons off the Man O’ War’s stinging cells–called nematocysts–and concentrates them in its own finger-like appendages. It can amass a large number of these cells which makes it a greater threat to humans than the Man O’ War.

For more details on how Atlanticus steals the Man O’War’s sting, watch this short video from filmmaker Lauren Cheng: