Saving Otter 501 is a “Broadcast TV Program” finalist in the 2014 BLUE Ocean Film Festival. The festival will be held from November 3rd to 9th in St. Petersburg, Florida, and honors the best in ocean filmmaking. The festival is part of a week-long conference that invites ocean leaders, filmmakers, photographers, scientists, entertainment executives and the general public to learn more about the issues facing the oceans and to collaborate on improving the oceans and humanity.

Saving Otter 501 follows the story of the Monterey Bay Aquarium’s 501st attempt to save an orphan otter. From her discovery as a stranded newborn pup crying on the beach through her rehabilitation in secret roof tanks atop the Aquarium, NATURE follows as Otter 501 learns how to dive, hunt, eat, and fend for herself in the wild, where survival is a long shot at best. 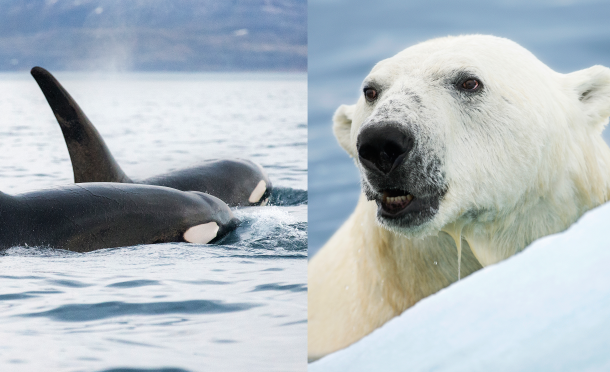 Premiering November 19th on PBS (check local listings), Invasion of the Killer Whales tells a remarkable new story that is unfolding in the Arctic. In the last few years scientists have started noting an ever-growing number of killer whales in Arctic waters in the summer months. More and more have been attracted to these hunting grounds by the shrinking ice cover and growing expanses of open water. And they are attacking exactly the same prey animals as the polar bears: seals, narwhal, belugas and bowhead whales. Although classified as a marine mammal, the polar bear is not adapted to hunting in the water despite being able to swim huge distances. And they are certainly no match for the world’s greatest aquatic hunter – the killer whale.