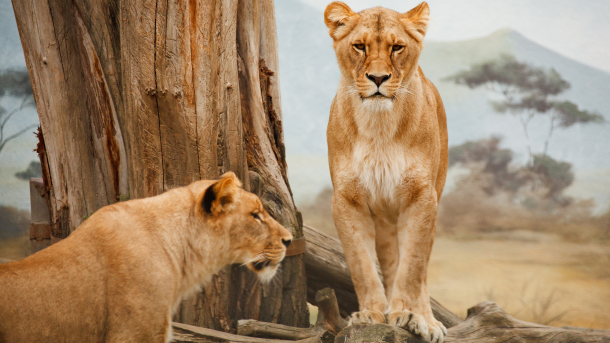 Lions are at the top of the food chain, with no natural predators. They are often depicted in stories and films as majestic and strong. Simba, the Swahili word for lion, means “king,” “strong,” and “aggressive.” Similarly, in English, to describe someone as “lionhearted” means that they are courageous and brave.

While lions are large, powerful cats, their numbers have declined dramatically in recent years. African lion numbers have plummeted by over 40% in the last three generations, largely as a result of habitat loss and conflicts with humans. 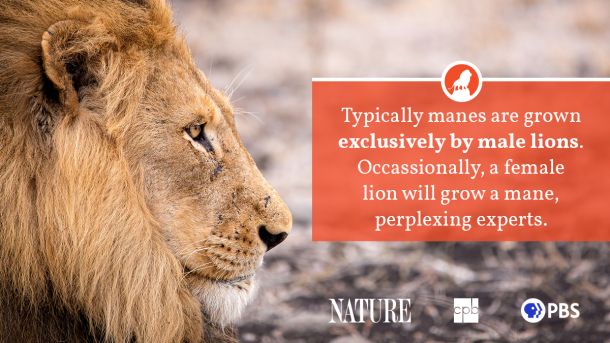 Lions are known for muscular, deep-chested bodies. They have short, rounded heads, round ears, and hairy tufts at the end of their tails. Their appearance differs from that of other large cats, such as tigers, leopards and jaguars.

Notably, male lions have a mane of hair around their neck. The mane’s color, size and abundance depend on the individual and its age. The mane not only helps the lion look more impressive to females but also more intimidating to other males. The lion’s mane may also protect the lion’s neck during a battle, typically with other males over territory and breeding rights. 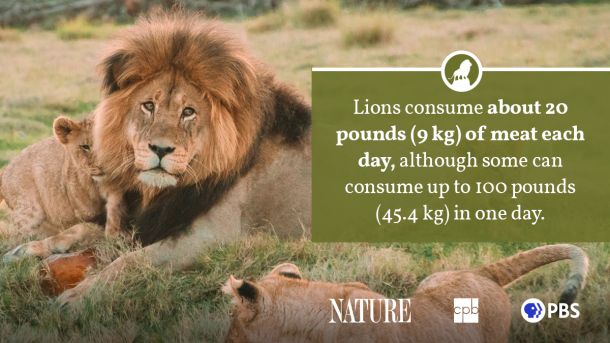 Lions are carnivores. They are apex predators, meaning that they are at the top of the food chain with no natural predators. They hunt animals in their surrounding habitat, which typically includes antelopes and other hoofed animals. They may also hunt elephants, rhinos, rodents, reptiles, insects and even crocodiles. They also scavenge or steal prey from leopards, cheetahs, hyenas, or wild dogs.

Lions typically hunt at night at dusk or dawn. Female lions, or lionesses, often do much of the hunting. When chasing prey, a lion can run the length of a football field in six seconds. 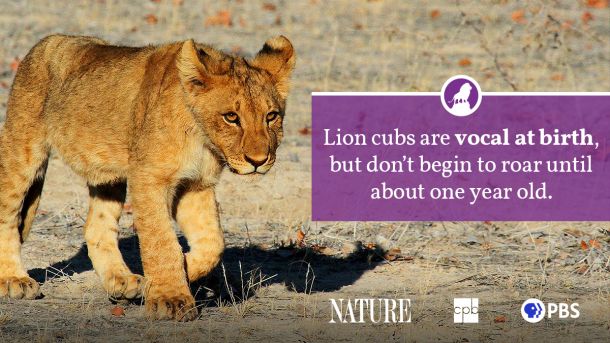 Lions’ habitats include open woodlands, thick grassland, and brush habitat, where there is enough cover for hunting and denning.

Lions can be found throughout African grasslands. There is also the subspecies of Asian lions, which used to be found from the Middle East across to India. However, there are now only about 400 to 460 of this lion subspecies left, with more than half living in a reserve called the Gir Forest. This area is now under national protection by the Indian government. 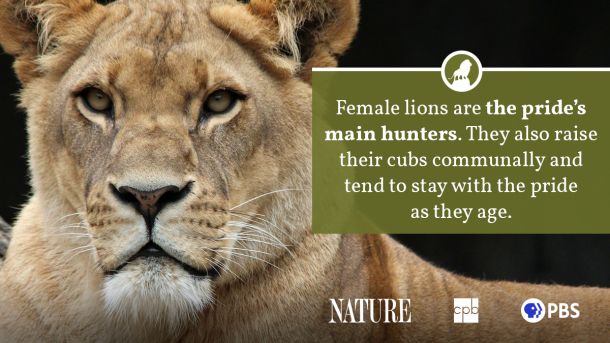 After a four-month gestation period, a lioness will sneak away from the pride to give birth to a litter of two to six cubs. The cubs are about 3 pounds at birth with a yellowish-brown coat and distinct spots or stripes. Cubs remain hidden from the pride for the first four to six weeks while they gain strength. Cubs born in a pride are twice as likely to survive than a lioness on her own. 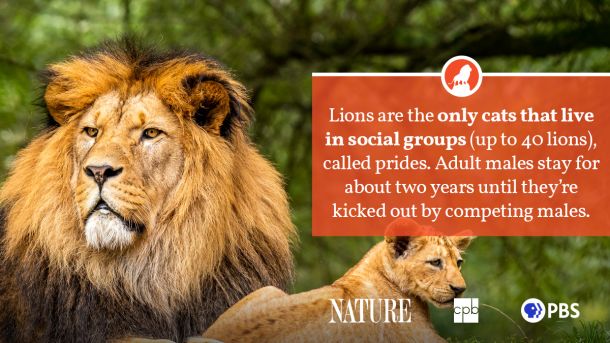 Lions are the most social of large cats and live in large groups called “prides.” Prides consist of 3 to 30 lions, depending on the location. Areas with greater food availability will likely have larger prides. Prides are made up of lionesses, their cubs and a few unrelated males. The members of the pride have close social bonds, and they are unlikely to accept a stranger. Both males and females scent mark to define their territory.

The pride participates in activities together, including hunting, raising the cubs and grooming. Males and females have different roles in the pride. While females work together to hunt and care for the cubs, males mark and guard the pride’s territory. Males will guard the cubs while the lionesses are out hunting. When a new male tries to join a pride, he has to fight the existing males. The new male is either driven off or succeeds in pushing out the existing males.

Lions spend a great deal of their time resting and sleeping. Lions have short bursts of intense activity followed by hours of lounging, which can total up to 21 hours. They are good climbers and will often rest in trees.

Lions live about 15 years in the wild and up to 30 years in zoos. 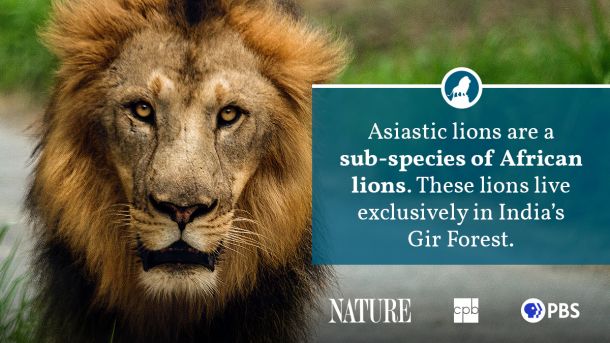 Habitat loss, conflicts with humans and the illegal wildlife trade are the largest threats to lions. As a result of human expansion, African lions are now living on only 8% of the land they once occupied. This loss of habitat has led to small and isolated prides that have a more challenging time breeding. It has also reduced the amount of available prey.

As human activity expands into lion territory, there has become an increase in lion-human conflict. Lions will eat human livestock when their typical prey is no longer available, resulting in farmer retaliation. Farmers may kill a lion to protect their livestock. The illegal wildlife trade is another major threat to lions. Lion bones are increasing in demand, as they may be used to replace tiger bones in traditional Asian medicine.

Three-quarters of African lion populations are in decline. With only around 20,000 in the wild, lions are listed as Vulnerable by IUCN’s Red List. 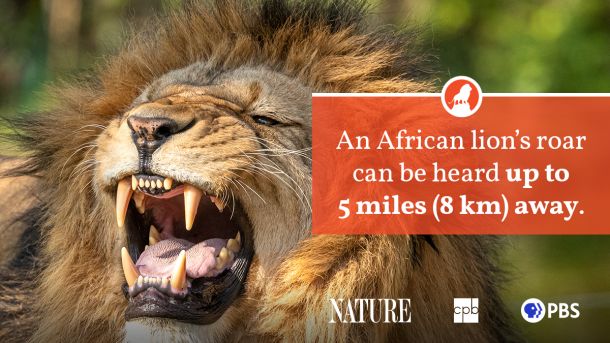 Conservation groups are working to protect lions. San Diego Zoo Global supports lion conservation by providing funds to two organizations in Africa that work to help lions and other wildlife: the Northern Rangelands Trust (NRT) and the Grevy’s Zebra Trust.

Adopt a Lion: Adopt the Eneiskiria pride of lions with the World Wildlife Foundation (WWF) and become a part of the solution to help protect lions in the Mara.

Support conservation groups like WWF and San Diego Zoo Global with their efforts to protect lions.