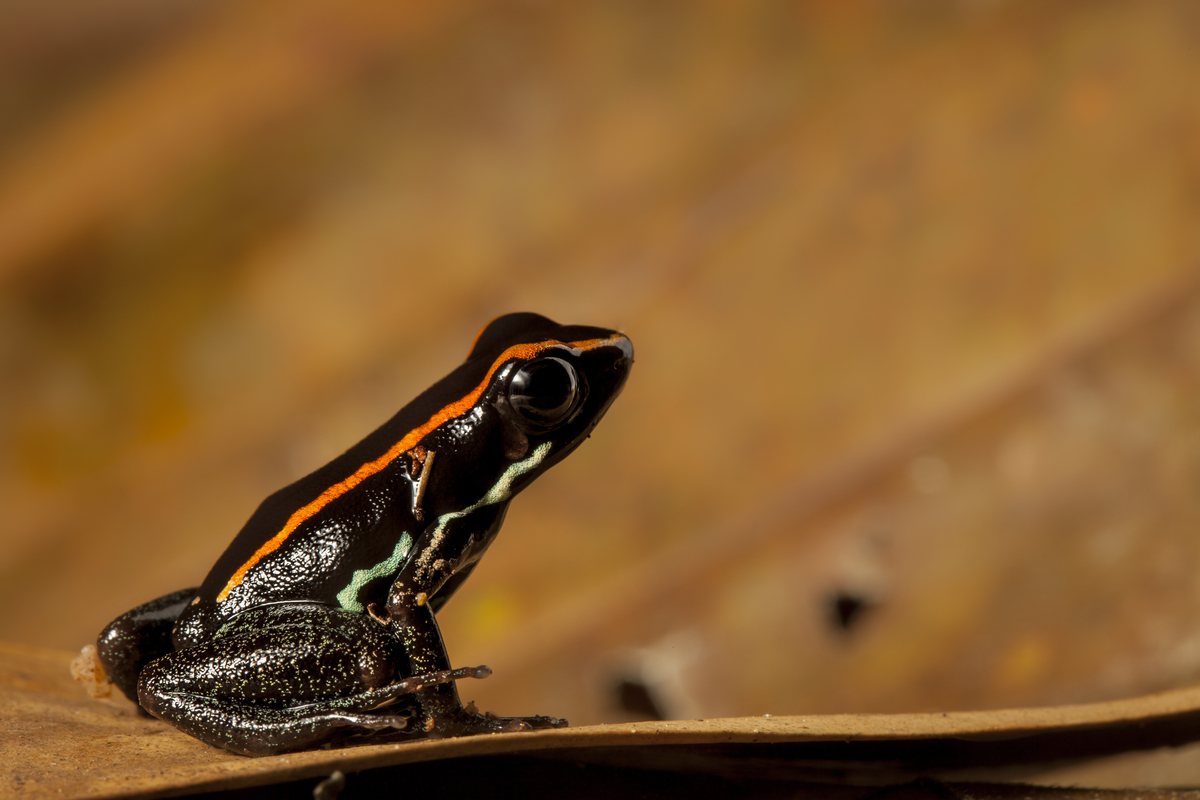 Editors Note: The following excerpt is from In Search of Lost Frogs: A Quest to Find the World’s Rarest Amphibians by conservationist, photographer and author Robin Moore. The book chronicles a “global treasure hunt” to find 100 frog species not seen in over a decade.

My Cessna plane lands on a small strip in Puerto Jimenez, the largest town on the southern tip of the Osa Peninsula. As I step onto the hot tarmac I am welcomed by the moist kiss of tropical air. I spend the first days in the Osa getting accustomed to the heat – and a humidity that dampens the bedsheets – at the idyllic Iguana Lodge, where lush forest meets roaring sea. Days and nights are filled with the crashing of waves as they pound charcoal-grey volcanic sands that stretch for mile upon deserted mile, absorbing the heat of the tropical sun like exposed metal and burning bare skin on contact. The sound of the waves is joined occasionally by the screech of scarlet macaws as they pass overhead, ruby red flashes against a sapphire sky, or by the rumble and crack of thunder followed by the clatter of raindrops on iron roofs. Once in a while the sound of thrashing branches overhead signals the arrival of White-faced Monkeys in search of fruit, sending Jesus Christ Lizards skittering into the undergrowth on lanky hind legs. On some mornings howler monkeys deliver a guttural wake-up call that would rouse the dead; if I didn’t know better I would think that they were in the room with me. 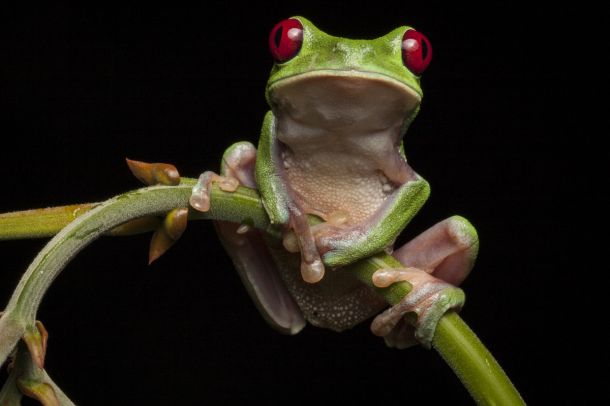 After dark a whole new soundscape takes over, as male Red-eyed Treefrogs court females with melodic whoops from large leaves overhanging an old fountain, producing gelatinous egg masses to develop and plop tadpoles into the waters below. It is in the grounds of the lodge, by this old fountain, that I cast my headlamp on my first ever Red-eyed Treefrog in the wild, and savour my rich introduction to the Osa Peninsula and to Costa Rica.

From Iguana Lodge I move on to spend a few days in the nearby Piro Biological Research Station, a well-equipped outpost in a forest clearing operated by Osa Conservation. I arrive to find spider monkeys cavorting in the trees next to the main station. Manuel Sanchez, an employee of Osa Conservation who grew up wandering these forests, welcomes me with a tantalising question: “What would you like to see?” I reply that I would love to see the Golfo Dulce Poison Dart Frog, Phyllobates vittatus, an endangered, beautiful and highly toxic frog that lives here and only here. And also on my list, since he is asking, are the Green-and-black Poison Dart Frog, Dendrobates auratus and the Gliding Treefrog, Agalychnis spurrelli. Manuel smiles at my optimism, for the Gliding Treefrog only appears after heavy rains and on a full moon – and replies “Well OK, we will see. First things first. This afternoon, we will try to find the Golfo Dulce Poison Dart Frog.”

Unlike most frogs, the poison dart frogs are active during the day; being toxic, they can afford to be so bold. But they do tend to prefer the cooler hours, and so we wait until the heat of the day subsides before heading out along a well-kept trail through the forest, past large buttress roots that snake into the leaf litter and past Halloween Crabs with bright red pincers scuttling across the forest floor. “We have been looking for the poison dart frogs these past days,” Manuel tells me as we walk, “but we didn’t find them. We could hear them, but they were calling from holes in the ground so we couldn’t see them. It is not easy. Hopefully we will have better luck today.” 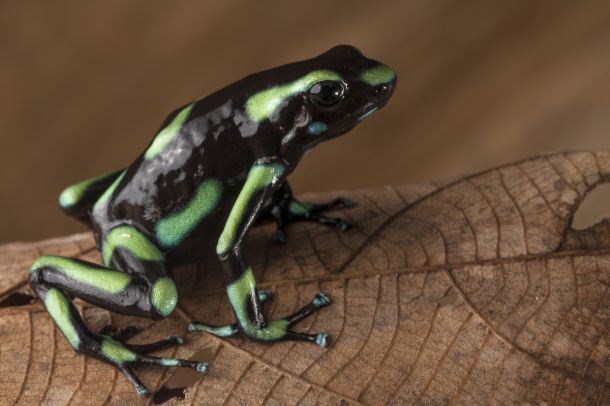 We walk until the forest is turning grey in the draining light. And then Manuel stops and cocks his head. “You hear that?” he says as he turns to me. I tilt my ear towards the forest and listen. And then I hear it, a faint, repeated whistle. “That’s the Golfo Dulce Poison Dart Frog,” he says with a wide grin, before turning and making his way into the dense understory of the forest and towards the sound. I follow, squeezing through tangled vines and trying to resist the urge to grasp palm trunks adorned with long, black spines. As we move closer, the frog stops calling. “This is what they do,” explains Marcelo, a passionate and knowledgeable Costa Rican herpetologist who has accompanied us for the search. “This is why they are so hard to find. They stop calling as soon as you get close.” We stand in silence, hoping that the frog will call again. Sweat stings my eyes. After some minutes the frog calls once more and Manuel moves stealthily towards it, before announcing in a loud whisper “I see it!” I pick my way to see the tiny frog bouncing from leaf to leaf across the forest floor.

I swing my camera bag off my back and assemble my equipment to face the next challenge: photographing something the size of my fingernail that won’t stop moving, and which is dangerously toxic to the touch. With the assistance of Manuel and Marcelo, who direct the frog and stop it from disappearing down a hole using leaves and a ziplock bag, I lay on the forest floor and position myself to photograph it. In the dark understory I position two flashes with diffusers to soften the light on either side of the frog to bring out the detail. Up-close I can see and appreciate the beauty of the frog; two red stripes the length of the body and flashes of aqua blue are set off against a black background. The frog refuses to sit still, and as I writhe on the ground to find the right angle a large ant decides to sink its large mandibles into the tender flesh on the underside of my arm. Several failed attempts and many expletives later I get the shot I’m looking for – my record of a frog I may only see once in my life. I sit up, stretch my back, rub my arm and watch the frog hop into the darkness. As we make our way back to the station I feel a wave of grubby contentment. My first endangered Costa Rican frog.

© 2014 by Robin Moore. Excerpt posted with the permission of the publisher.