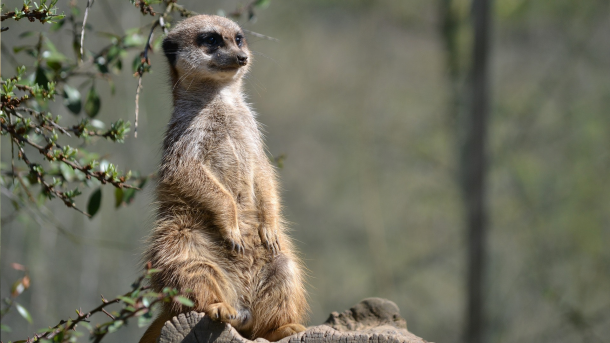 Despite what its name may suggest, a meerkat is not a member of the cat family. Meerkats are weasel-like animals that are members of the mongoose family. The mongoose family Herpestidae includes small terrestrial carnivorous mammals. Perhaps the most recognizable meerkat is the character Timon in Disney’s The Lion King. 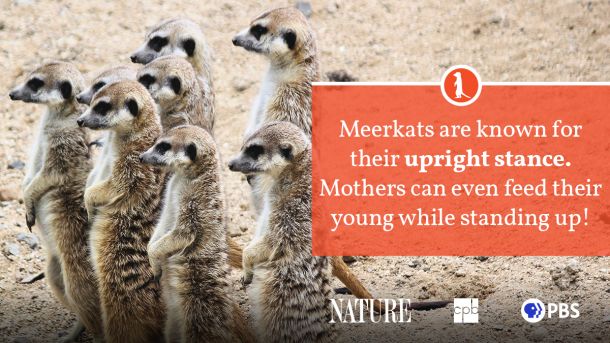 Meerkats are a member of the mongoose family with a weasel-like appearance. They are small mammals with grizzled gray and brown fur. They have dark patches around their eyes to protect their eyes from the sun, as well as a dark tip on their tail.

Meerkats are known for their upright stance. Mothers can even feed their young while standing up. They have strong foreclaws, which help them dig. They also have a pointed snout, which enables them to excavate prey from narrow trenches. 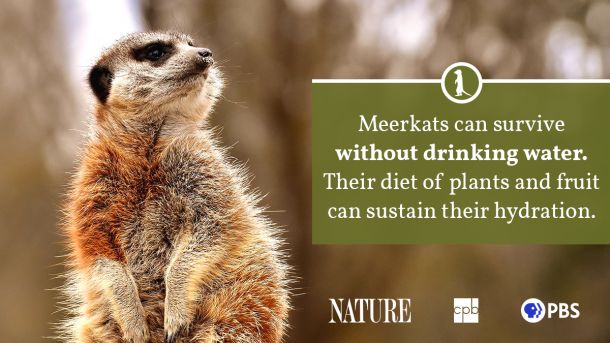 Meerkats are carnivores. Their diet consists mostly of insects. They dig in the ground to find their prey of insects, as well as siders, snails, rodents, eggs, lizards and scorpions. They use their keen sense of smell and quick digging skills to capture their prey. They have a home territory of about 4 square miles or more and hunt in a different section each day, returning to the first area after a week. While each meerkat must find its own food, they may work together to capture larger prey, such as a large lizard. 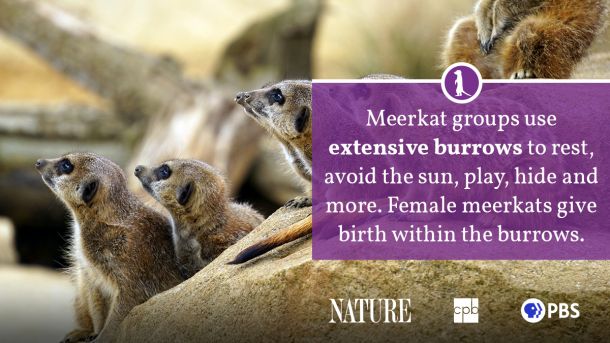 Meerkats live in the desert. They have many adaptations that help them survive in the dry, arid climate, including dark patches around their eyes to cut down the sun’s glare. Meerkats have certain traits that help them to dig, such as a special membrane that can cover their eyes while burrowing. Their ears can also close while they dig.

Meerkats can be found throughout southern Africa, including Botswana, Zimbabwe and Mozambique. They are often found in southern Africa’s Kalahari Desert. 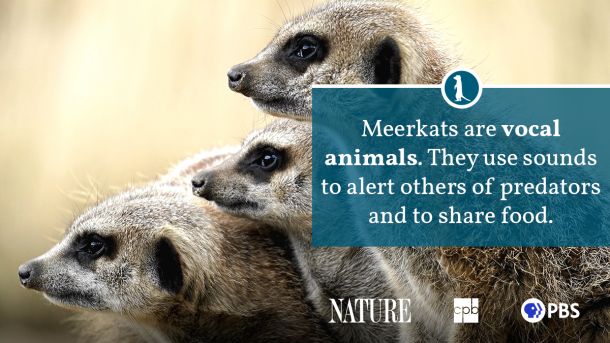 Female meerkats have a gestation of ten weeks. A female can give birth from 1 to 8 babies, called pups, at a time, usually 3 to 4. She can have several litters in one year. She typically gives birth during the rainy season, when there is plenty of food, between November and March. At birth, the pups are 0.9 to 1.3 ounces. They are born with their eyes and ears shut and are mostly hairless.

The pups grow quickly. Their eyes open after two weeks, they start eating food other than milk at three weeks. By four weeks, the pups first venture out of their den. And by nine weeks, they are weaned. Meerkats reach sexual maturity by 1.5 years of age. 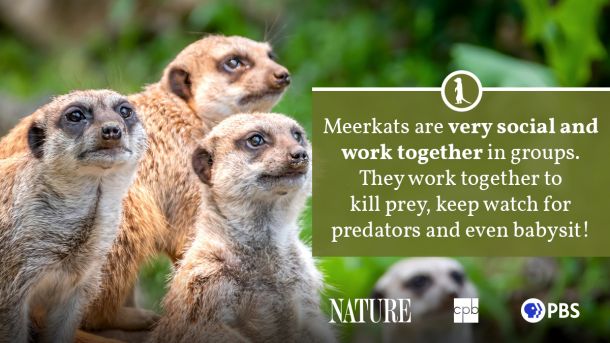 Meerkats are social animals that live in large groups of up to 40 individuals, called a gang or mob. The mob is made up of several family groups. There is typically one dominant pair that produces most of the offspring. These mobs spend their time playing together and grooming each other. They also hunt and guard the young as a unit, helping their survival. Most meerkat mobs live underground in burrows.

Meerkats have a matriarchal society, where adult females are generally slightly larger than the males. The mother needs to spend time foraging to supply her pups with milk. When the mother is away, other females and males stay behind to care for and protect her young. The more “babysitters” there are, the greater the survival rate for the pups.

Meerkats live about 8 years in the wild and up to 13 years in zoos. 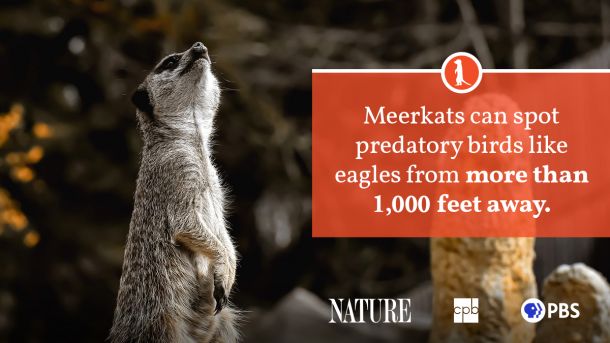 There are currently no major threats to meerkat populations. The biggest threat to meerkats are Birds of Prey, including hawks and eagles, and ground-dwelling predators, such as Snakes, that hunt them on the ground. 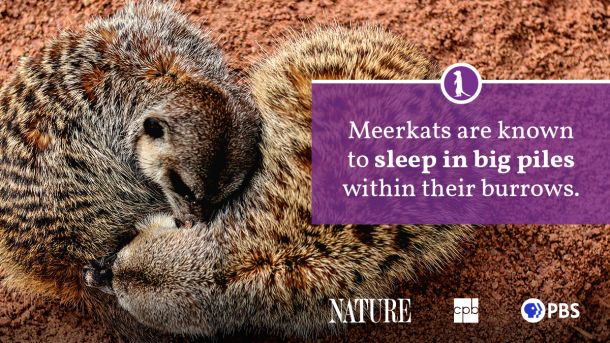 Meerkats are listed as Least Concern by IUCN’s Red List.