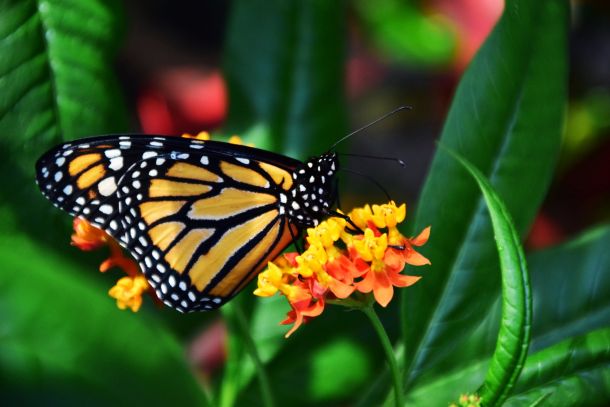 Monarch butterflies are one of the most recognizable species of butterflies in North America. They are widely known for their incredible migratory pattern. They travel between 1,200 and 2,800 miles or more to their overwintering spots in Mexico and Southern California from the northern United States and Canada. Once there, the butterflies hibernate in the mountain forests, where a less extreme climate provides them a better chance to survive. 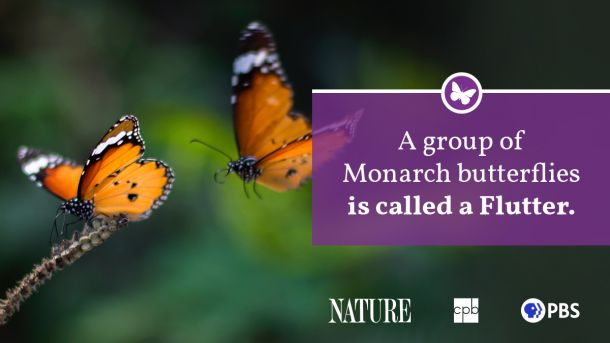 A monarch butterfly typically weighs less than half a gram. Its wingspan is about 4 inches. The male butterflies are typically larger than the females.

As caterpillars, Monarchs are striped with yellow, black and white bands. Monarch caterpillars have a set of antennae-like tentacles at each end of their body. They reach about two inches in length before metamorphosis. The monarch chrysalis, where the caterpillar undergoes metamorphosis into the winged adult butterfly, is seafoam green with tiny yellow spots along its edge. 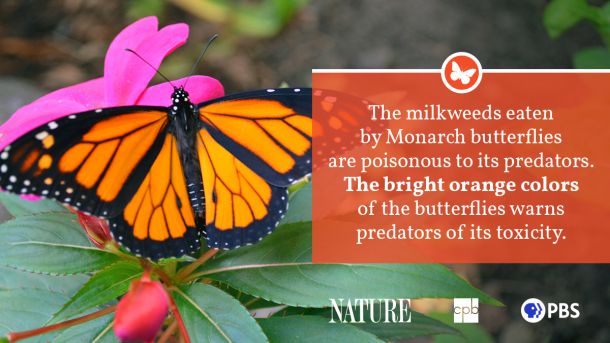 As caterpillars, Monarchs feed on the leaves of milkweed. Milkweed produces glycoside toxins to deter animals from eating them. As they feed, monarch caterpillars store up the toxins in their body, making them taste bad. This will in turn deter their predators from eating them. The toxins remain in their system even after metamorphosis, protecting them as adult butterflies as well.

As adults, monarchs feed on nectar from a wide range of blooming native plants, including milkweed. 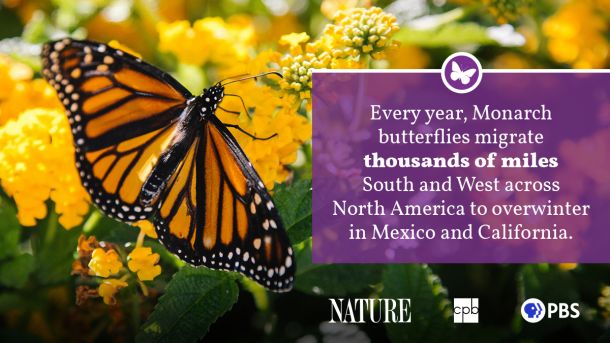 Monarch butterflies can be found in North America. They are broken into two populations separated by the Rocky Mountains, called the eastern and the western populations.

Monarch butterflies communicate with scents and colors. To mate, the males attract females by releasing chemicals from scent glands on their hind wings.

During the spring and summer, an adult monarch spends its several week lifespan mating and searching for food. Adult females lay eggs singly on milkweed. 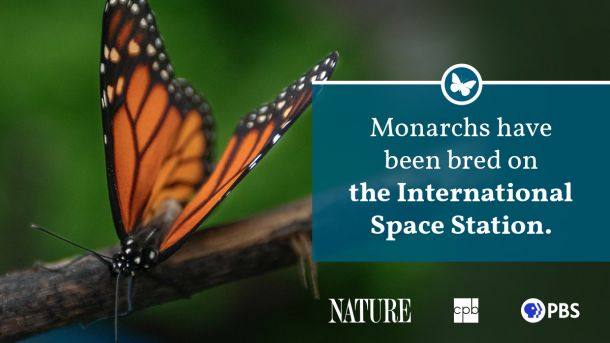 Monarchs lay their eggs on milkweed. After three to five days, the egg will hatch. These eggs hatch into monarch caterpillars, which feed exclusively on milkweed. The caterpillars grow and molt several times over roughly a two-week period. After this period, they will form a chrysalis in which they undergo metamorphosis. After another two weeks within the chrysalis, they will emerge as adult butterflies.

Most adult monarchs only live for a few weeks, searching for food in the form of flower nectar, for mates, and for milkweed on which to lay their eggs. However, the last generation, which occurs in late summer, delays sexual maturity and undertakes a fall migration.

It takes three to five generations to repopulate the rest of the United States and southern Canada until the final generation of the year hatches and does the return journey to the overwintering grounds.

Each adult butterfly lives only about four to five weeks. However, the migratory generation can live upward of eight months. 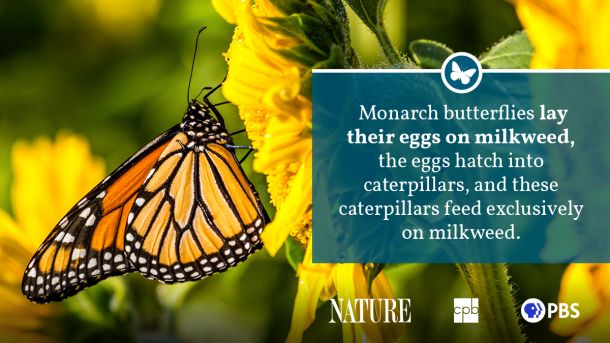 Climate change and habitat loss are among the largest threats to monarch butterflies. According to the World Wildlife Foundation (WWF), climate change threatens to disrupt the monarch butterfly’s annual migration pattern by affecting weather conditions in both wintering grounds and summer breeding grounds. Colder, wetter winters could be lethal to these creatures and hotter, drier summers could shift suitable habitats north.

Habitat loss is another major threat to the species. Monarchs need mountain forests in Mexico for their winter habitat. However, nearby human communities also rely on these forests for agriculture and tourism activities. In the United States, monarchs need places to reproduce and feed, relying heavily on the plant milkweed. However, herbicide use is decreasing the availability of their primary food source, milkweed. 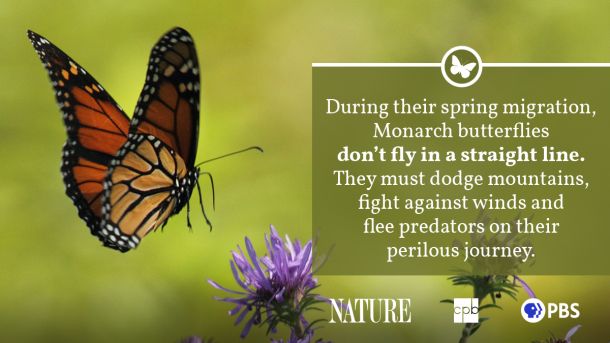 As of 2013, the International Union for Conservation of Nature (IUCN) listed monarch butterflies of least concern. However, according to the National Wildlife Federation (NWF), the monarch population has declined by approximately 90% since the 1990s.

WWF assesses the population of monarch butterflies that winter in Mexico based on the amount of land that monarchs occupy. Their latest survey indicates a population decrease of 53% since the previous season. In the 2019-2020 wintering season, the area of forest occupied by monarch butterflies was 7 acres, down from 15 acres in the 2018 – 2019 season.

WWF works to preserve vital butterfly habitat in Mexico’s Monarch Butterfly Reserve by promoting good forest management and sustainable tourism. WWF also supports tree nurseries that help restore the forest in the Reserve which creates new sources of income for the local communities that live among the butterflies.

NWF recommends that the best way to help monarchs is by restoring their natural habitat by planting native milkweeds and nectar plants, eliminating pesticides, and encouraging others to adopt these practices. 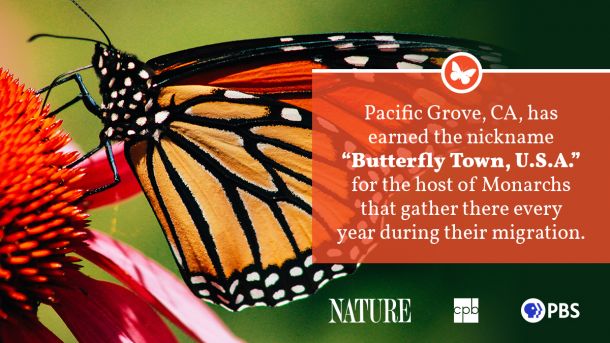 Travel to see Monarchs: WWF, along with Natural Habitat Adventures, offers adventures to the Monarch Butterfly Reserve in Mexico.