Ring-tailed lemurs belong to the family Lemuridae, which is one of five lemur families. It is the only member of the genus Lemur. There are over 100 kinds of lemurs and new species continue to be described by scientists. The ring-tailed lemur is one of the most recognizable species of lemurs due to its striped tail. 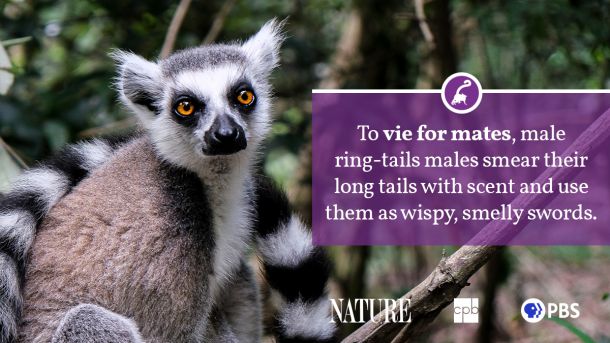 The average body mass for adult males is 6 pounds, and females are usually smaller. Their tails can be up to 2 feet long.

Ring-tailed lemurs are the most recognizable of all species of lemur, due to their long, striped tails. They are named for the 13 alternating black and white bands on their tails. Ring-tailed lemurs have white bellies and gray to rosy brown backs. They have gray limbs and dark gray heads and necks. Their faces are white with dark triangular eye patches and a black nose. 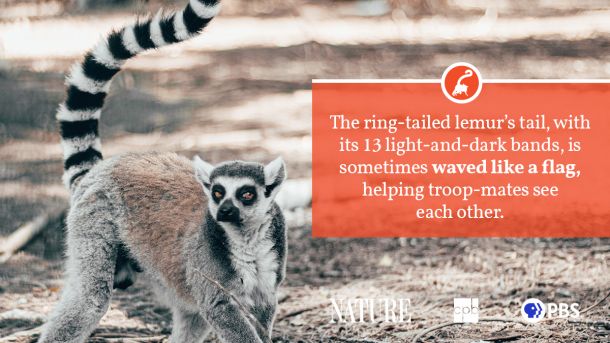 Ring-tailed lemurs are omnivores, with their diet consisting mainly of leaves, flowers and insects. They also eat fruit, herbs and small vertebrates. In groups, they range over a considerable area each day in search of food, up to 3.5 miles.

They can be found in arid, open areas, as well as in forests. Their territories range from 15 to 57 acres in size.

Like all lemurs, ring-tailed lemurs are endemic to the African island of Madagascar and can be found in the southwestern portion of the island. 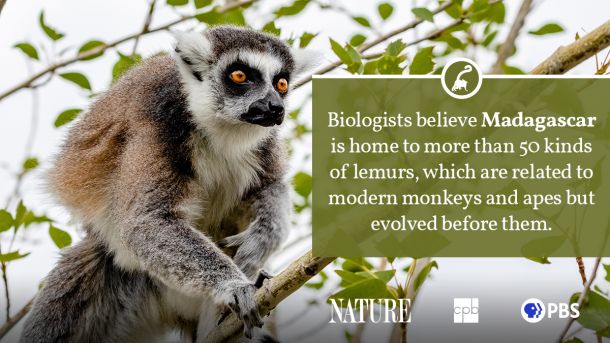 Female ring-tailed lemurs hit sexual maturity around three years old, and they will usually give birth once a year every year after that point. The females are sexually receptive for one to two days each year, with estrus as short as 6 to 24 hours. The mating season begins in mid-April and the gestation period is about 4.5 months, so the infants are born in August and September. Females often give birth to one offspring, but twins are common when food is plentiful.

The infant will cling to its mother’s belly for approximately two weeks, and can later be found riding jockey-style on their mother’s back after that time. They become increasingly independent after about a month. They return to their mother to nurse or sleep until they are weaned at about five or six months of age. All adult females participate in raising the young of the group. 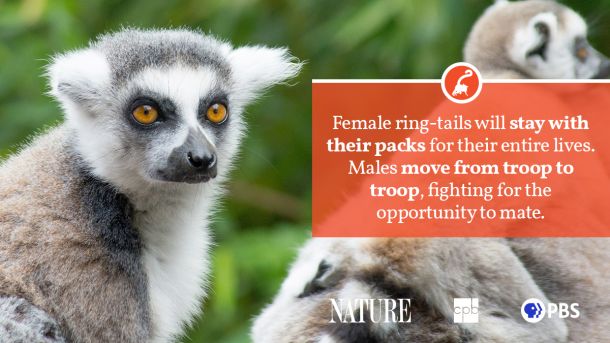 Ring-tailed lemurs are very social primates that can be found living in groups of three to 30 individuals, including both males and females. While females spend their whole lives in their birth group, males tend to change groups when they reach sexual maturity at the age of three.

These groups are female dominant, a trait common among lemurs, meaning the females have preferential access to food and choice of whom to mate with. Both the males and the females have a dominance hierarchy. The hierarchy among ring-tailed lemur females is not linear, and daughters do not always assume the rank of their mothers. However, social bonds between female relatives in a group seem to be stronger than bonds between unrelated females. These bonds are established and reinforces through grooming.

The group’s territory ranges from 15 to 57 acres in size, and all group members use this common home range to hunt and raise the young. Groups are often aggressive toward other groups at the border of their home range. Like other lemur species, ring-tailed lemurs rely strongly on their sense of smell and will mark their territory with scent glands.

Unlike most other lemurs, ringtails spend 40 percent of their time on the ground. They move quadrupedally along the forest floor. To keep warm and reaffirm social bonds, groups will huddle together. They will also sunbathe, sitting upright facing its underside, with its thinner white fur towards the sun in what some called a “yoga position.”

Ring-tailed lemurs are one of the most vocal primates, using numerous vocalizations to communicate with one another. Despite their lack of a large brain, research has shown these lemurs can organize sequences, understand basic arithmetic operations, and preferentially select tools based on functional qualities. 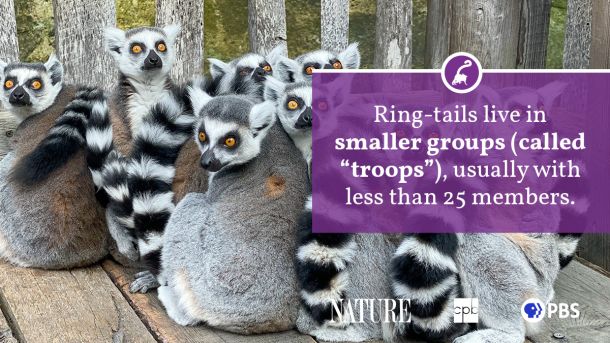 Ring-tailed lemurs live between 16 and 19 years in the wild on average. 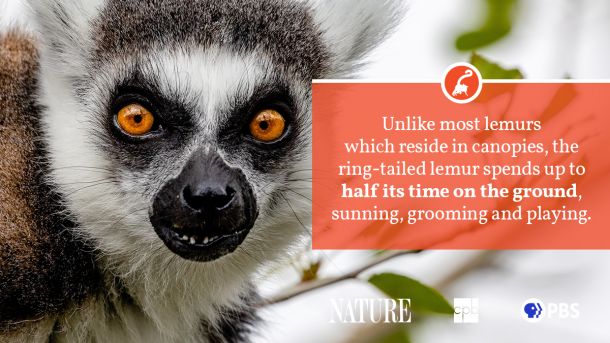 Ring-tailed lemurs are listed as “Endangered” on IUCN’s Red List. 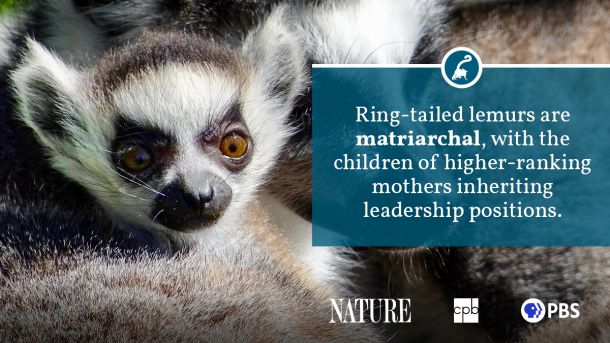 The San Diego Zoo Wildlife Alliance is working to protect their forest habitat. They have a study site in Maromizaha, a rainforest in eastern Madagascar, to study aye-ayes, helping them to learn about this little-known lemur’s natural behavior. The cameras also monitor at least 13 other lemur species in this area. Additionally, their conservation scientists work with local educators to teach students about the native wildlife.