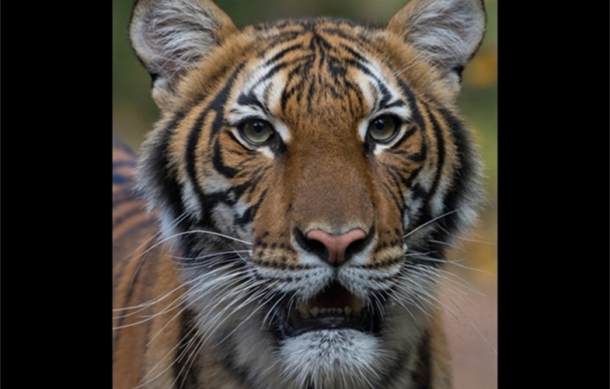 The novel coronavirus (COVID-19) has sparked concerns as it spreads rapidly across the globe. Millions have been affected by the virus, either directly or indirectly. But recent findings prove that humans are not the only ones vulnerable to the virus.

A four-year-old female Malayan tiger Nadia at the Bronx Zoo tested positive for the virus, according to a Wildlife Conservation Society (WCS) press release published on Sunday, Apr. 5. The tiger was tested after she, her sister Azul, two Amur tigers and three African lions developed a dry cough.

WCS told NATURE in an email that the cats are “doing well and improving.”

This positive COVID-19 test for Nadia was confirmed by USDA’s National Veterinary Services Laboratory, which is based in Ames, Iowa.

WCS told NATURE in an email that the test used on Nadia is unique to animals. It did not take a test or resources from human health efforts, and it was performed in a veterinary school lab.

“What we learn from this incident can help the science and health community learn more information to combat this deadly zoonotic,” WCS said to NATURE. “There’s a tremendous one-health effort underway with this incident – animal and human doctors working together.”

WCS made the decision to test the tiger out of an abundance of caution. According to the press release, they hope this knowledge will be helpful in a better understanding of the novel coronavirus.

The affected cats at the Bronx Zoo have experienced some decrease in appetite, but they’re doing well under veterinary care. They are “bright, alert and interactive with their keepers,” WCS reports.

According to the press release, the cats were infected by a person caring for them who was asymptomatically infected with the virus or before that person developed symptoms.

“Appropriate preventive measures are now in place for all staff who are caring for them, and the other cats in our four WCS zoos, to prevent further exposure of any other of our zoo cats,” the press release reads.

Other animals at the Bronx Zoo are not showing signs of the virus. None of the zoo’s snow leopards, cheetahs, clouded leopard, Amur leopard, puma or serval are showing any signs of illness.

“It is not known how this disease will develop in big cats since different species can react differently to novel infections, but we will continue to monitor them closely and anticipate full recoveries,” the press release reads.

WCS voluntarily closed its five zoos and aquariums on Monday, March 16, as a result of the virus.

The tigers at the Bronx Zoo are not the first animals to have been reported with the virus. There have been several reports of cases with cats and dogs. NATURE connected with a vet to share his insights about pets and COVID-19.