Tolga Aktas is a UK-based conservation biologist who participated in Black Birders Week. “Growing up, there weren’t many outlets showing diversity, so I was only able to be inspired by white conservationists and naturalists,” Aktas said. “The Black Birders Week movement allowed me to see that there are many Black wildlife heroes out there. It reassures me that everybody can make a difference towards our planet.” Aktas’s interest in becoming a conservation biologist, storyteller and explorer was not born overnight. These dreams were nurtured in Cihangir, a village in Northern Cyprus where his extended family lives. Every summer holiday, Aktas spent the season exploring the natural wonder of the region, always studying the animals that call the island home. During our interview, which has been edited and condensed, Aktas touched on the outdoor experiences that led him on his journey to become a conservation biologist, what Black Birders Week meant to him, and how he would like to empower others to go after their dreams. 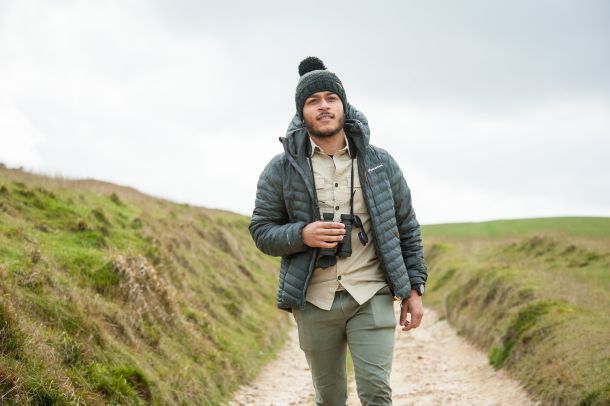 Q: What experiences sparked your passion for the natural world?

Tolga Aktas (TA): It all started with following my uncle at dawn and dusk as he took his sheep and goats out to graze near the mountains in Northern Cyprus. I had the opportunity to travel between Northern Cyprus and Jamaica a lot because my parents were from these countries. This allowed me to discover different habitats, ecosystems and fundamentally the wildlife that were native to these countries. My favorite memories were created in Northern Cyprus during my upbringing, as I spent a lot of time away from my cousins in the fields near our homes. Living in a village there were loads of animals running around, lizards, bugs and snakes. I was always in awe with what I saw around me, alongside my uncle’s farm livestock. It really gave me a true appreciation of the natural world, even to a point that I traded the use of my Gameboy Advance to my cousin so I could get my hands on a chicken egg. I think I was around five or six when I first had a sense of the animals and environment around me, and this later led to being exposed to wildlife documentaries where the late Steve Irwin and Sir David Attenborough changed everything for me.

My journey was a bit scrambled at first as I had to go through a career change from electrical engineering to be where I am today. I always knew I loved wildlife, but when I was younger I didn’t have the resources to push me to do what I am doing today. When I was growing up, I never saw a Black person presenting wildlife programs or doing other kinds of wildlife work. I thought it was a lost cause back then and after I left secondary school with bad grades, I settled with anything that would get me by and this is where I got into electrical engineering.

Q: So how did you make it in the wildlife conservation world?

TA: I am sure that the journey differs with every individual that is working in the wildlife conservation field, but for me it all started at a local city farm in London, 15 mins walk from my house. I spent a couple of months there getting valuable work experience. That soon led me to work at Battersea Park Children’s Zoo in London where I was truly introduced to conservation as a few endangered animals lived there. Slowly after this my experiences took me to work at The Monkey Sanctuary in Cornwall in the UK, a wolf sanctuary in Reading in the UK, and back to Northern Cyprus to protect sea turtles not too far from my Cypriot village home. In between all of these experiences I have been earning my Animal Biology degree from the University of Gloucestershire. It has been a wacky rollercoaster ride with how I got into the conservation world to be honest, it seemed like it lasted forever when I was first started out. But it has been totally worth it and wouldn’t trade all of my experiences for anything in the world. I owe a lot to watching wildlife documentaries when I was younger, because if it wasn’t for those then I probably wouldn’t have embarked on all of the experiences which led me to the position where I am today. Once I broke into the wildlife conservation field, I knew that I had achieved some form of success in my life. It has always been a dream to explore the natural world, to witness all of the wildlife it has and the wild spaces that we all share. It still hasn’t hit me that I am finally living my dream, but I am grateful for everything that has been presented to me. 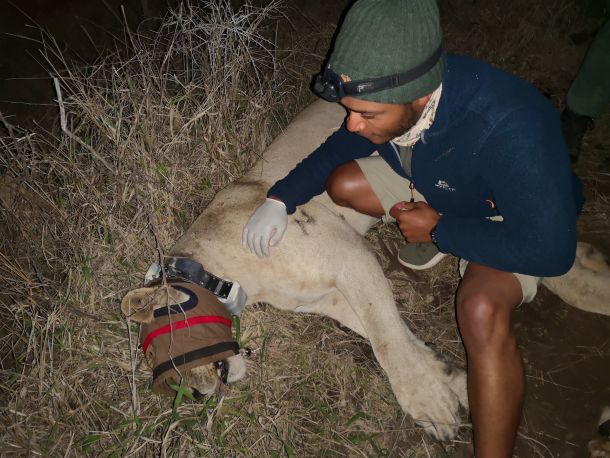 Q: What impact has Black Birders Week had on you?

TA: Black Birders Week was absolutely fantastic to watch develop. I was not part of the organizing team, but when it was posted to social media, I knew it was a topic that was here to stay and make an impact. Before I knew it there were brothers and sisters from all races standing up for each other and what is right. It was so nice to be put in touch with the many amazing people that work in STEM fields. I am very excited and thrilled to know that people of all races are using their voices to educate and contribute to making a positive change towards our planet. I look forward to seeing what the Black AF in STEM group will achieve next. When I was growing up, I think it would’ve meant everything to have been exposed to a scenario like this when I was a kid. It would’ve brought things closer to home and I would’ve had more diversity in the people I call my heroes. Hopefully, things will be different for the generations that are coming forth now, who have the exposure to a much diverse community of nature enthusiasts and people that work in STEM fields. We need to show them that jobs in these fields are achievable for them too, no matter what color their skin is or where they’re from. 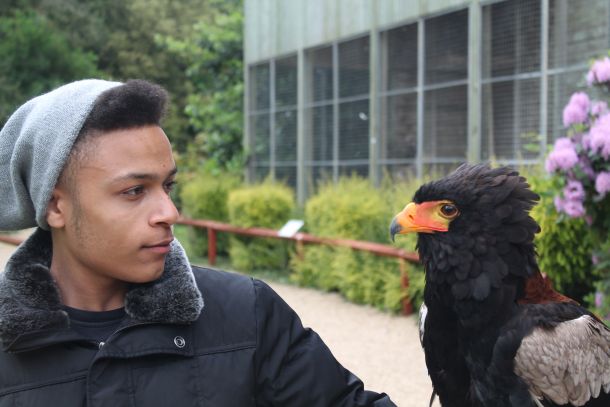 Tolga Aktas holding a bateleur eagle, a species native to Africa and small parts of Arabia. Credit: The English School of Falconry

I was really moved to see all these different groups forming a community and all supporting each other. Even though we are all scattered geographically around the world, we could produce incredible results. New friendships were established, people were getting recognized, and the discussion about racism was circulating everywhere. When I saw that video of Christian Cooper and Amy Cooper in Central Park, it was really a disturbing experience and I think everybody that watched it must have felt as threatened as Christian Cooper. I recall watching the video clip with my jaw open, thinking if such an experience happened to me, I don’t know what I would have done or if I would have handled it as well as Christian did. It’s very worrying that there are people out there that feel the need to see beautiful and innocent people as a threat, just because our skin color is different. 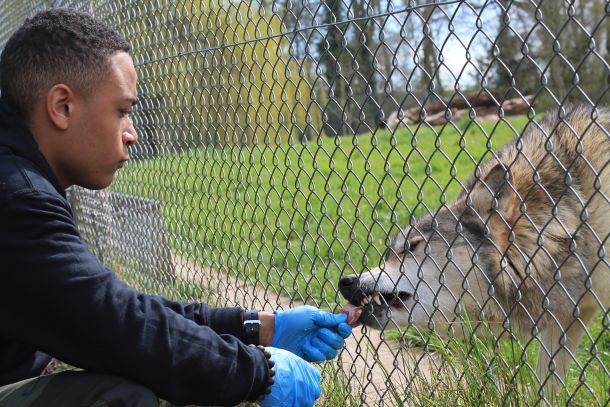 Q: During Black Birders Week there were a lot of discussions about racism and interactions with the police, have you ever experienced any challenges or dangers when conducting fieldwork?

TA: I have been very fortunate to not have experienced any racism during my times conducting fieldwork. However, that doesn’t necessarily mean that the issue isn’t present as I was probably just at the right place at the right time. I do pray that I don’t have to experience something like this, or that anybody else does as it could really ruin an experience that means the world to them or took a very long time to achieve. During Black Birders Week, the world witnessed many advocates standing up for those that had fallen due to racism, whether it was modern tragedies or tragedies in the distant past. I just hope that these same people stand with us for years to come, and not only during these recent events. Rest in peace to every angel and solider that has fallen and lost their lives to racism. It has been going on for too long and it is a shame that it still occurs today. Let us learn from this to live in unity, harmony, peace and love. 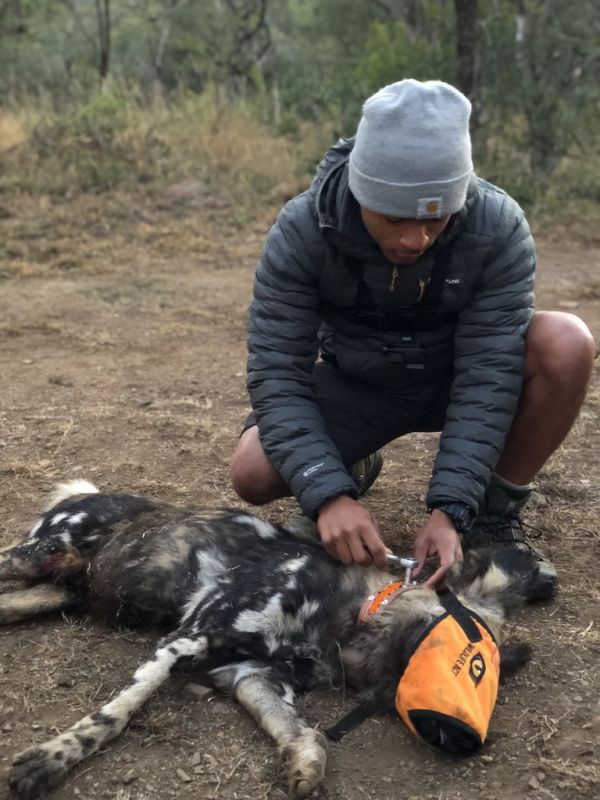 Q: As a conservation biologist who focuses on canids, how would you like to use your skills to further the initiative?

TA: A lot of people in STEM fields were inspired by a white person, myself included, and hopefully through Black Birders Week people are able to be inspired by STEM professionals from all other races too. If you have a dream and believe that your story and voice can make a difference towards the natural world, follow your heart, work hard and don’t look back. The biggest struggle is overcoming the doubt in ourselves and finding the courage to accomplish our goals, dreams and aspirations.

My interest in canid conservation first began in 2016 when I first volunteered with wolves at a sanctuary in the UK. I recall being so fascinated by these animals. They are very clever, highly social and emotionally connected with one another. If you look closely enough, you can almost see the same emotions that us humans share with one another. It was through this experience that I learned that other species of canids existed in the wild, and I stumbled across African wild dogs and never looked back. I have always wanted to go to South Africa ever since I was a child, and I had every reason to go now that I found my new mission to study and protect these animals. African wild dogs are similar to wolves in some respect, smaller build, some similarities in pack behavior and hunting abilities, so I knew I was in for something awesome when I decided to study them. I went over to South Africa during my first year at university, when I volunteered with this amazing wildlife conservation organization called Wildlife ACT. They’re doing amazing work over in South Africa, protecting endangered animals like the wild dogs, lions, leopards, elephants, cheetahs, rhinos and vultures. After spending a month with the team at Wildlife ACT, tracking wild dogs and lions from dawn and dusk, I knew in my heart that I would be coming the following year to study these species for my university thesis. 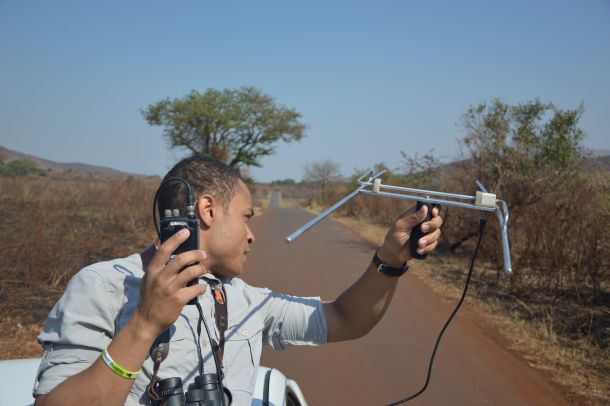 I have a real soft spot for the wild dogs, and everybody that knows me knows this very well. I think anybody that hasn’t seen the species before in the wild or in captivity and eventually sees them for the first time almost certainly becomes an advocate in protecting them. At first when I was starting out, my attitude was to focus on a particular species and build my career around it. This was when I didn’t know much about ecology and biodiversity and its importance in ecosystems. When you begin to learn about all of this, no matter where you are in the world, you then begin to appreciate every species and the habitats that support them, and realize that you have to focus on the bigger picture. As our species continue to populate the world, and space becomes limited alongside the natural world, my biggest mission now is to build my career around a world where we can co-exist with every species. 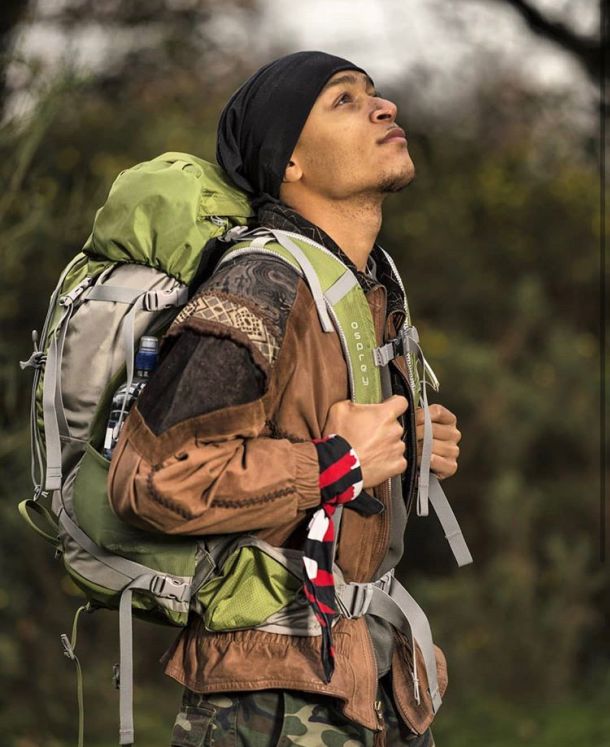