The Amazon basin, almost the size of the continental United States, represents half of the world’s tropical rainforest and 12 percent of its total forest cover. 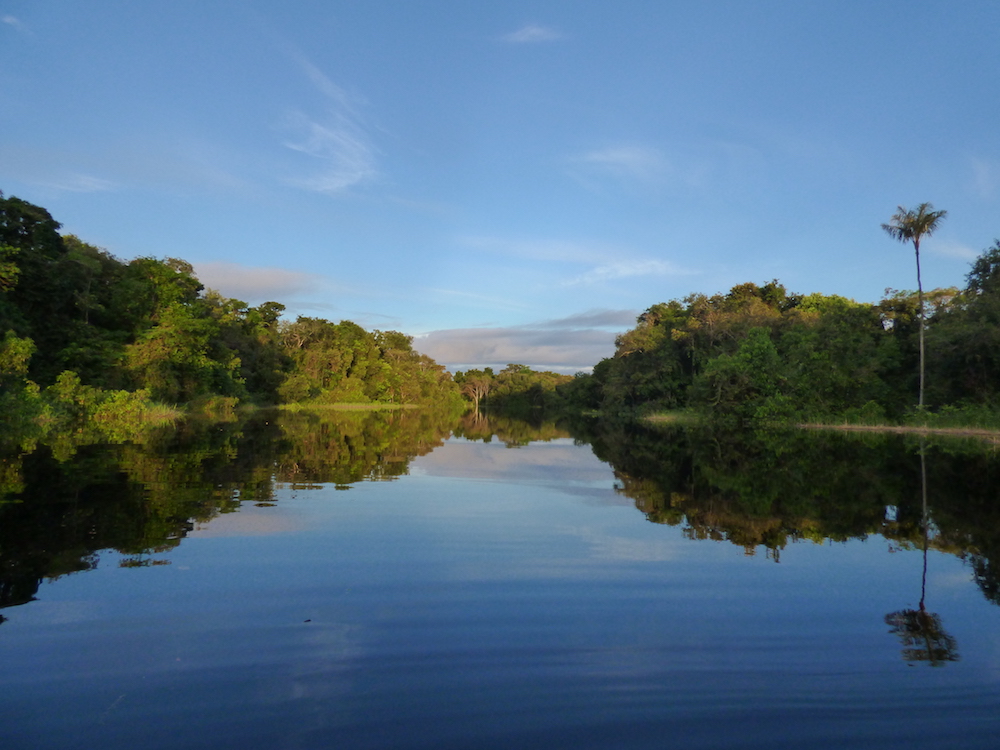 It also is one of the planet’s most biodiverse places, says João Ferraz, a researcher at the National Institute of Amazonian Research (INAP) in Manaus, Brazil, with at least 6,000 species of trees alone—far more than the 600 found in North America. Some 220 species account for half of the Amazon’s trees while thousands of others occupy tiny niches. Some are huge; many, downright odd.

Take the Sorva (Couma macrocarpa), a tree that grows 60 to 80 feet tall and up to 24 inches around. When Alexandre Marques pushes the point of a small machete into the trunk of a sizeable specimen, a milky white stream trickles out. Local people use this sticky white latex to treat intestinal and skin ailments, he says, and to patch and waterproof canoes. Its fruits attract monkeys. Marques comes by this knowledge first hand as a member of the indigenous Tukano tribe who grew up in a village on the Rio Negro. He now guides for Amazon Nature Tours boat excursions through the Central Amazon Conservation Complex UNESCO Natural World Heritage Site, leading daily explorations of the flooded forest, or igapó, by canoe and the terra firme or dry forest on foot. 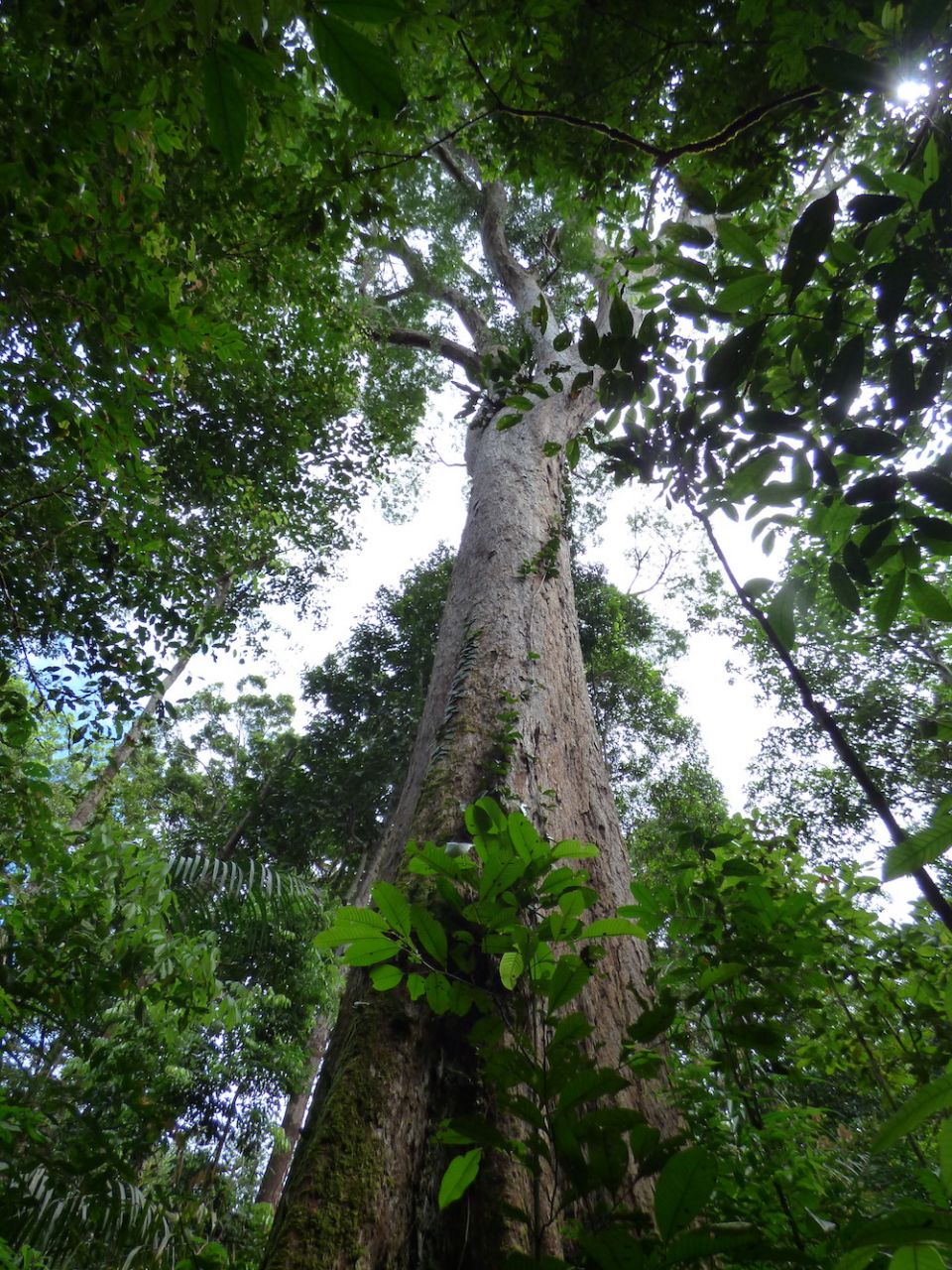 One of the most common terra firme trees, the rubber tree (Hevea brasiliensis), launched a rubber boom that lasted from the mid-19th until the early 20th century. It made a major city out of Manaus, which during this time supplied 90 percent of the world’s rubber. The boom busted after Englishman Henry Wickham cultivated seeds from Brazil in England’s Kew Gardens, which were used to create rubber tree plantations in Malaysia. Here in the Amazon, the trees reach heights up to 130 feet and have exploding seed pods that shoot their contents 20 feet and farther (one reason Marques recommends hats when walking through the forest).

Several species of rainforest trees host ant gardens, mini-ecosystems created when ants collect epiphyte seeds and “plant” them in the nutrient-rich nests they build in trees. These gardens provide habitat for small animals such as frogs, including some that live nowhere else. Ant gardens oftencan be spotted in Tachigalia trees in the igapó. After waiting decades to flower and produce fruit, these 100-foot trees then fall, creating an opening in the canopy for their offspring and earning them the nickname suicide trees. Scientists see this unusual behavior in several of the other 56 species in the genus, most of which occur in the Amazon Basin. 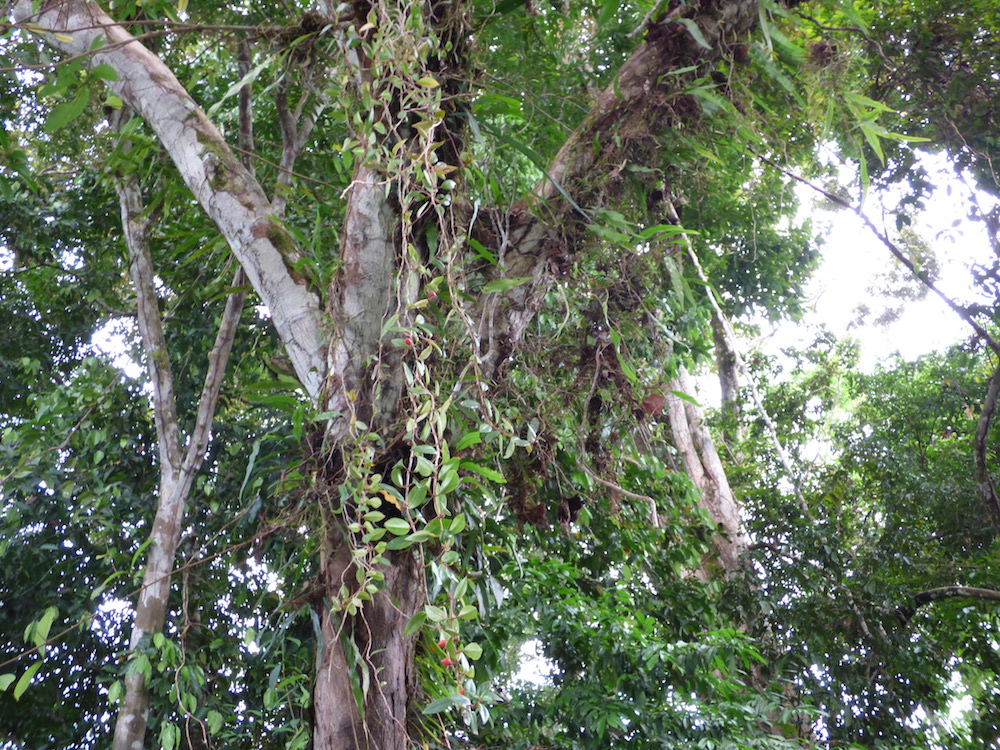 Ant Garden within an Amazon Tree. Photo by Melissa Gaskill

At certain times of the year, fuzzy brown, football-sized fruits litter the ground in the dry forest. These come from the 30- to 50-foot Cupuaçu tree, which belongs to the Theobroma family, the same as cacao or chocolate. The creamy pulp tastes both sweet and tart and can be eaten right out of the husk or used to make desserts, jellies and juices.

Other trees common in the rainforest include the towering Brazil nut, which grows up to 160 feet tall, and the Tacuma palm, notable for rings of wicked thorns around its trunk. Local people have uses for many parts of this palm, including making flour from its fruit, which may have a high antioxidant content. 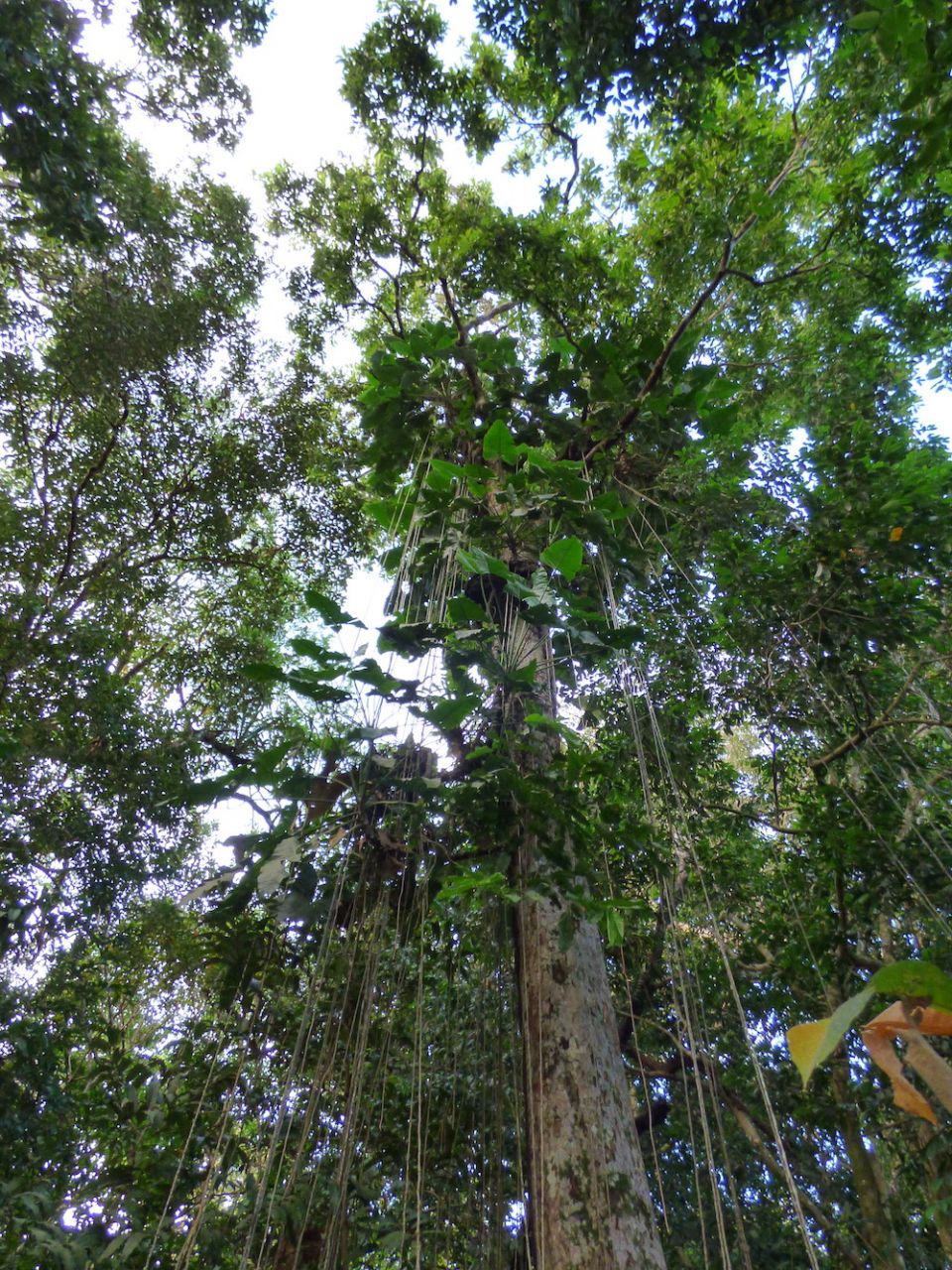 While much of the forest along the Rio Negro remains relatively untouched thanks to the UNESCO site and other protected areas, about 20 percent of the Brazilian Amazon basin has been deforested. A 2105 study estimates that at least 36 percent and up to 57 percent of Amazonian tree species qualify as globally threatened under International Union for Conservation of Nature (IUCN) Red List criteria. Loss of these trees goes beyond the aesthetic: the Amazon tropical forest serves as an important carbon store and as the “lungs of the planet,” producing more than 20 percent of the world’s oxygen.

“This ecosystem is fragile,” says Ferraz. “But if tourists come and see that the forest is under threat, they can go back with that knowledge to help preserve it.” And keep those jungle walks interesting.