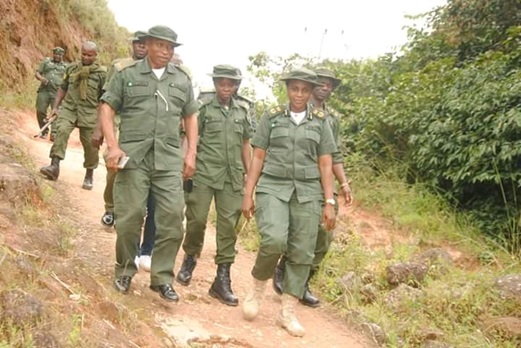 When I was appointed Conservator of Park (CP) for Nigeria’s Cross River National Park (CRNP) in June 2017, I became the nation’s first female Conservator/Controller of a National Park after almost three decades of conservation work. By the appointment, I am responsible for the administration of the third largest National Park in Nigeria.

CRNP is where you will find one of the oldest forests in Africa—reputed to be the richest part of Nigeria’s biodiversity. The park, one of the United Nation’s 25 designated Biodiversity Hotspots in the world, is an IUCN recognized Important Bird Area (IBA) as well as a UN-approved Man and Biosphere Reserve. It is also a candidate for World Heritage Site. It is surrounded by 105 Support Zone Communities, including six enclaves.

Embedded in a tropical rainforest, the 4,000-square-kilometer CRNP harbors iconic flora and fauna species—including the famous Cross River gorilla (Gorilla gorilla diehli), forest elephants, buffaloes, and leopards—and accounts for about 78 percent of Nigeria’s total primate species. Among the more than 1,500 recorded flora species are the celebrated Ancistrocladus korupensis and Prunus africana (plants for which there is some evidence for efficacy in the treatment of HIV/AIDS and prostate cancer respectively). 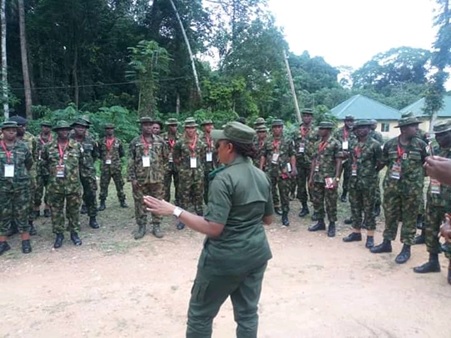 Becoming the first female controller in Nigeria National Parks came with attendant challenges, the first being acceptance by the staff. Despite the absence of gender considerations in handling my schedules as a park, research, planning, and conservation education officer at different times during my 24 years in the service (at the time of appointment), some of my male and female colleagues nevertheless had discomfort with a “female commander” initially.

That unease soon disappeared as our officers and support staff worked as a team to deliver on the park’s conservation mandate with professionalism, vigor, dedication, and enthusiasm.

A trickier challenge has been in the area of protecting the park amidst increasing pressure from communities competing for the use of its rich resources. We are confronting this challenge through regular contact and interaction with these communities. Our goal has been to create a more enduring relationship with the local people to the mutual benefit of natural resource conservation, ecotourism, and rural poverty alleviation. 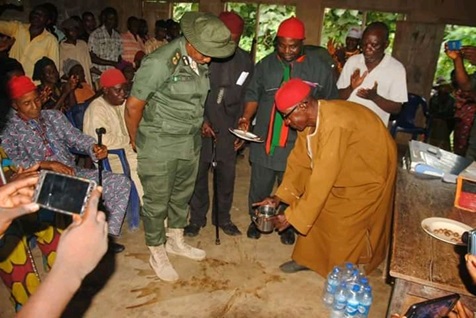 The title Unwa Mgbeve (Princess of the Land) is conferred upon Caroline Olory by the Busi Community. Credit: ©Cross River National Park

I lead a Park team made up of relevant heads of sections (rangers, interpreters, etc.) that includes several other women. We are well received by the communities we work with. Most of them lack access roads and reaching them involves trekking long distances (anywhere from 15-30 kilometers) along difficult terrains, and sometimes involves the use of motorbikes.

The synergy of these interactions has inspired renewed enthusiasm, commitment, and goodwill on the part of the communities. Many take hope from the passionate, “motherly”-yet-determined way that a woman such as myself seeks to address their developmental aspirations. The women in these communities have expressed that my regular visits provide additional impetus and inspiration for their commitment to natural resource conservation and poverty alleviation.

The CRNP management team also embarks on strategic networking and coordination with other critical stakeholders in the environment sector, including the Cross River State Government, the military, police and other para-Military, non-governmental organizations (NGOs) such as the Wildlife Conservation Society (WCS-Nigeria), the media, the private sector, etc. We have enjoyed a progressive and purposeful partnership with all of these groups. 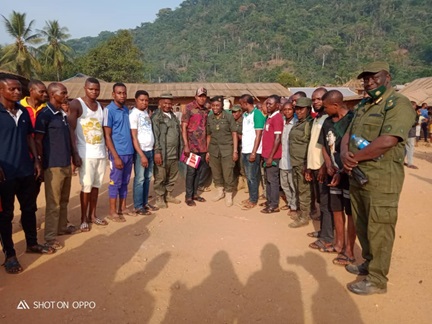 Caroline Olory with her Management team in a photo session with youths of Okwa 1 community. Credit: ©Cross River National Park

The Cross River National Park has three administrative sectors (Oban East, Oban West, and Okwangwo), each led by a Sector Commander, one of which is a woman. Results from the field indicate that the female Commander is as productive as her male counterparts. Other women, such as the current head of Planning, Research, and ICT (who also coordinates support zone community programs), have likewise demonstrated their focus and leadership.

I have observed that the strong passion of women for nature conservation propels them to set high standards and achieve tangible results. For some time, Park activities within the Okwangwo area were hindered by an embargo placed by the community.

But upon my assumption of office as Conservator of Park and subsequent visits (an 18 km trek) and discussions with the community, an understanding was reached and the embargo lifted. Normal activities such as research, protection, ecotourism, and community outreach resumed.  I take great pride in this achievement, which speaks to the fact that women have great prospects and potential and only need opportunities to reveal them. 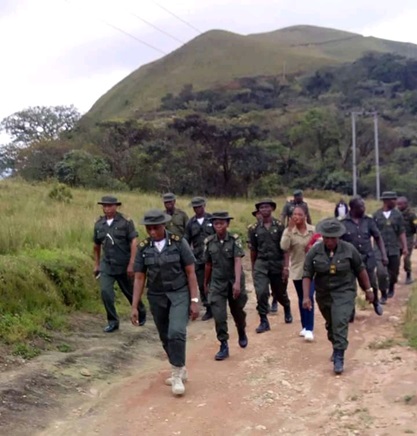 As we celebrate Women’s History Month, I am pleased to express my gratitude for the support of my colleagues at Cross River National Park. I have a profound appreciation for the Conservator General (CG) of Nigeria National Park Service, Dr. Ibrahim Musa Goni. The gender-blind approach of Dr. Goni and his team led directly to my appointment as the first female Conservator of Park (CP) in Nigeria and is helping to generate even more opportunities for women to play leadership roles in our nation and across West Africa.