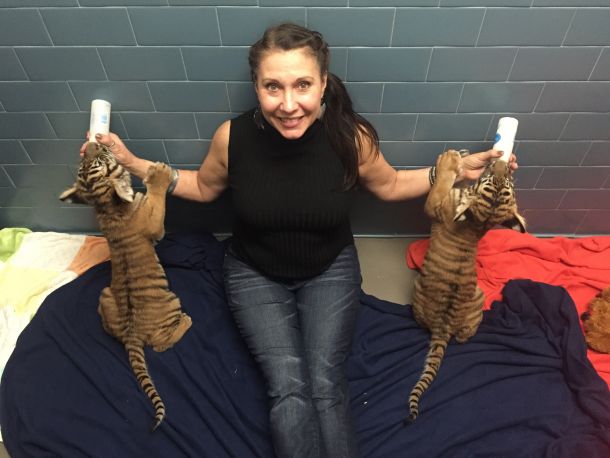 I am one of the most fortunate people you could ever meet. Early in my career, after teaching math and science for almost three years, I made a decision to go to graduate school before finding my way to the Wildlife Conservation Society’s Bronx Zoo

The Bronx Zoo had female curators, collection managers, and even veterinarians! This was almost 30 years ago and not very common in the zoo world. Like Annette, many of these amazing women were mentors of mine—something I remember and appreciate to this day as Curator of Animal Encounters for WCS.

Oddly enough, I only came to appreciate how special was this leading role of women at such an established institution when I became an adult. Growing up in the 70s, when the equal rights amendment had yet to be ratified by the requisite 38 states, I had no idea I was at a disadvantage because of my gender. I was not aware that my career choices might be limited or my pay may not be equal to that of my male coworkers because I was female.

I was blissfully ignorant because of the amazing role models I grew up with. My grandmother, Jane, quite possibly the smartest person I have ever known, never made it past the 8th grade. Her family came from Italy at a time when women were not expected to pursue an education. But she encouraged both her son and daughter to learn as much as they could. Her son—my father—told me when I was eight years old I could be whatever I wanted. 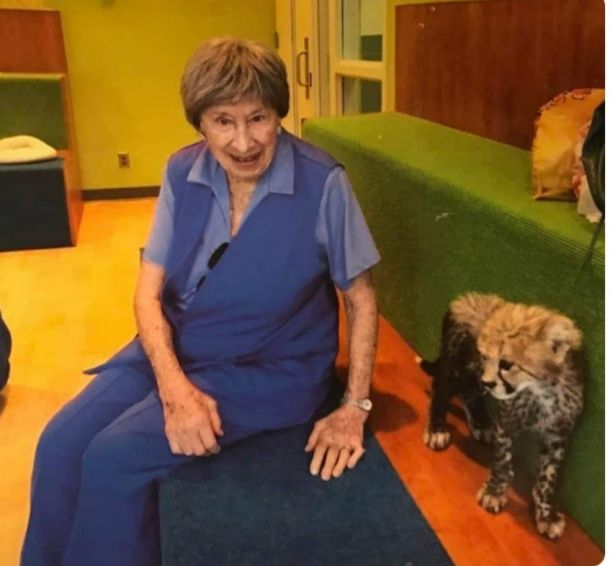 Education was important and encouraged in our family and gender was not a factor. Watching my mom go back to school to get her Master’s degree, I also learned that it can take time to figure out what course your career will take. Without knowing what—or who—I wanted to be, I took comfort in my love of nature and I cannot remember a time when I wasn’t more comfortable around animals than people.

By the time of the Exxon Valdez oil spill in coastal Alaska, I received a grant to conduct censuses of marine mammals and birds in the affected areas. Even with the stench of crude oil still in the air Alaska was the most beautiful place I had ever been. I considered staying on, but my aunt lured me back East to fill a spot teaching math at the school where she worked.

I loved math and I could travel during summer breaks. The plan seemed perfect. But would I be a good teacher? I was nervous. I’ll never forget the faces of my 7th and 8th-grade students on the first day of math class. They were miserable. I just didn’t understand it. It was math, and I thought math was awesome! The girls in class were particularly quiet. How would I inspire them?

To my delight, in the span of few months, math had become their favorite subject—both girls and boys. We even had a math club and it was cool to be a member. Soon I taught science as well. We read about nature and raised money to save the manatees, the turtles, the sea otters. We even adopted an animal at The Bronx Zoo.

It was then I realized how important it was not only to foster a love of nature in young people but also to empower them to act. There is a quote by the Senegalese forester Baba Dioum that has long inspired me: “In the end, we will conserve only what we love, we will love only what we understand, and we will understand only what we are taught.” Never had this felt so relevant to what I wanted to do with my life.

I said I was the luckiest person in the world and I am eternally grateful to the people who helped and guided me on this journey. The two parts of my life that I have loved most—teaching and animals—came together for me at the Bronx Zoo (where I met my husband as well!).

Although my titles may have changed over the years, the goal is the same: to educate people on the beauty of the natural world and about the animals that so desperately need our help; and to empower people of all ages, but especially young girls and boys of all socio-economic backgrounds.

As my grandmother encouraged my father and my aunt, the torch has been passed to me to encourage a love of learning. An appreciation for science and nature, in particular, will help young people become future stewards of this planet. We are surely going to need them.