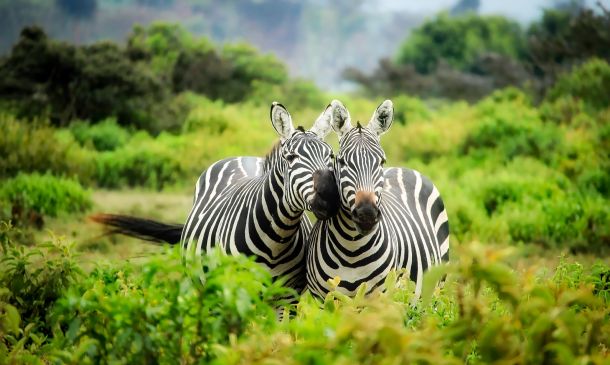 Zebra: zebras are striped, African mammals of the genus Equus. 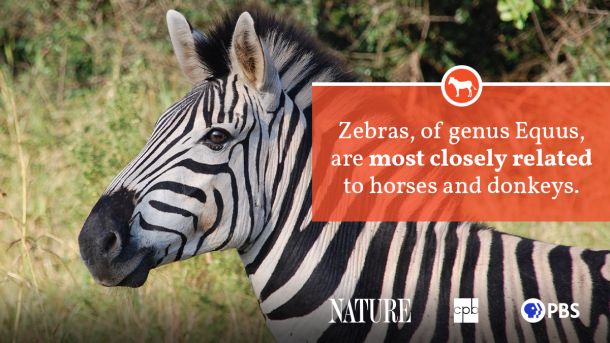 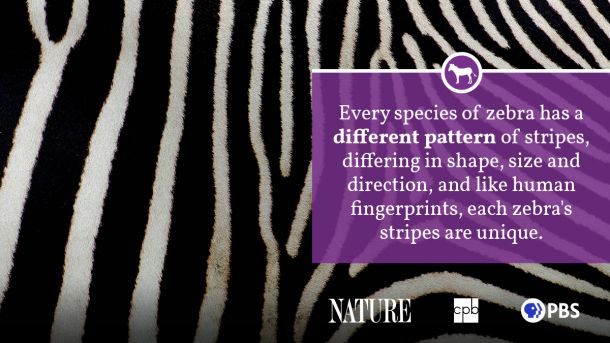 The zebra is known for its black and weight striped pattern. It is a member of the Equus family and is most closely related to horses and donkeys. The three species differ slightly in appearance.

The Grévy’s zebra has a mule-like appearance with a narrow skull, robust neck and conical ears. It has a narrow striped pattern with concentric rump stripes. It has a white belly and tail base. It also has a white margin around the muzzle.

The mountain zebra’s stripes are intermediate in width between the other two species. Its stripes connect to a dorsal stripe that ends in a gridiron on the rump, which also has horizontal stripes. The belly is white, while the muzzle is lined with chestnut or orange. In comparison to the other species, its eye sockets are more rounded and positioned further back. 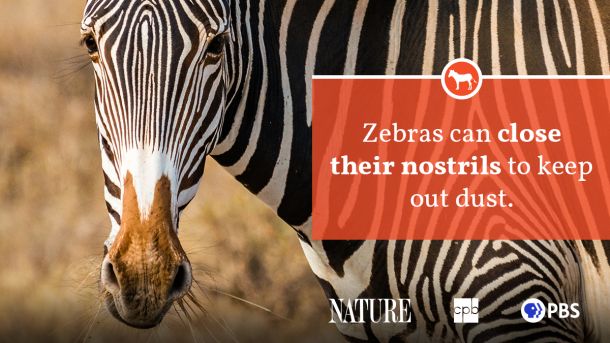 Zebras are herbivores that consume plants. Zebras primarily eat grass but will eat other plants if grass is scarce.

Zebras can be found in a variety of habitats such as savannahs, grasslands, woodlands, shrublands and mountainous areas. 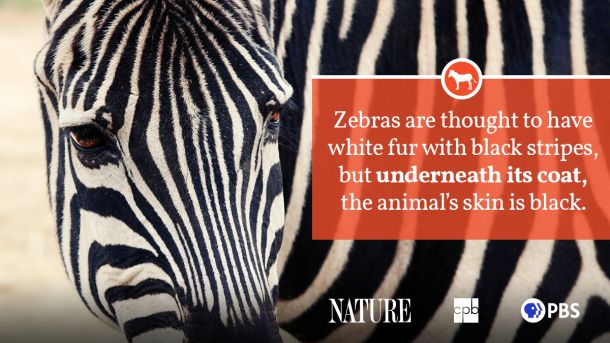 Among plains and mountain zebras, the adult females mate only with their harem stallion. Meanwhile, in Grévy’s zebras, the mating is more promiscuous. On average, the gestation period is about 11 to 13 months, depending on the species. The female typically gives birth to one newborn, called a foal, at a time.

The foal is capable of running within an hour of its birth. The mother will keep a careful eye over the newborn, imprinting their own striping patterns, scent and vocalization on the foal. While the foal will attempt to graze after a few weeks, it will often continue to nurse for eight to thirteen months. 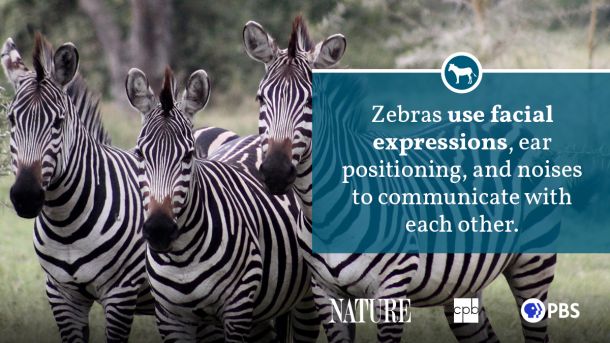 Zebras are social animals and live in groups called herds. There is typically a lead male of the herd, called a stallion. The herd also consists of several females and their young. The stallion stays at the back of the group to defend against predators. When zebras are grouped together, the stripes make it difficult for predators, including lions and leopards, to pick out one zebra to chase.

Zebras communicate with each other through facial expressions, ear positioning and sounds. They make loud braying or barking sounds and soft snorting sounds. Their ear positioning, how wide open their eyes are, and whether they show their teeth all send a signal. 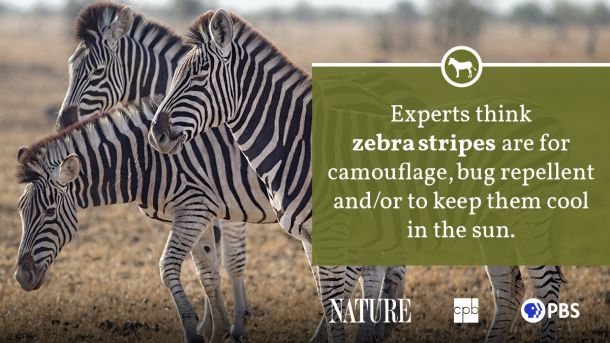 A zebra’s average lifespan in the wild is 25 years.

Lions, hyenas, wild dogs, and cheetahs are among zebras’ natural predators. However, the largest threats to zebras are linked to human activities, such as hunting and habitat loss or fragmentation. Habitat loss due to human encroachment, agricultural practices, and livestock grazing remains an issue in the ongoing conservation of this species.

Hunting is another major threat to zebras, primarily for their skins and for their meat. In Ethiopia, hunting is the primary cause of the decline of Grévy’s zebras. While they are primarily hunted for their skins, they will occasionally be killed for food. Occasionally, they will be killed and used for medicinal use in some regions. In addition to illegal hunting, Grévy’s also face threats from disease outbreaks, drought, habitat loss, and fragmented populations. 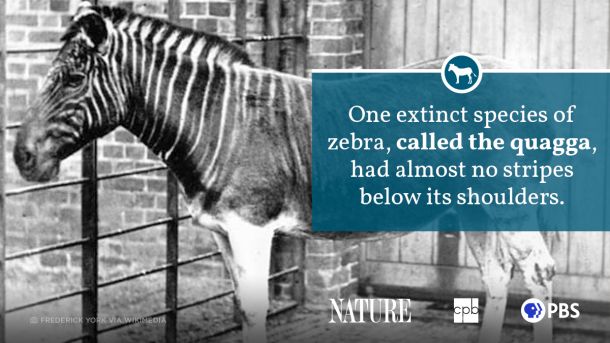 Conservation groups, such as the African Wildlife Foundation (AWF), are working to protect all three species of zebras by working with local governments and communities. Some of their methods include: designating wildlife corridors, promoting sustainable livestock management, employing technology for conservation, and engaging wildlife scouts.