Grizzly bear: the grizzly bear is a subspecies of brown bear that inhabits western Canada and the northwestern United States.

Grizzlies are a subspecies of the brown bear (Ursus arctos). In the United States, bears found inland are typically referred to as grizzlies, while those on the coasts are referred to as brown bears. In comparison to the brown bear, the main differences of the grizzly are its physical appearance and diet. Because grizzly bears are found inland, they mainly forage for plants, as well as small rodents, insects and fish. Meanwhile, coastal brown bears have a fatty, salmon-rich diet, which is why those found along the Alaska Peninsula are some of the largest in the world.

It has also been suggested that there are temperamental differences. Inland grizzlies seem to react more aggressively to others due to the competition for food.

The grizzly bear takes its name from the ‘grizzled’ blonde-tipped fur that grows along its shoulders and back. 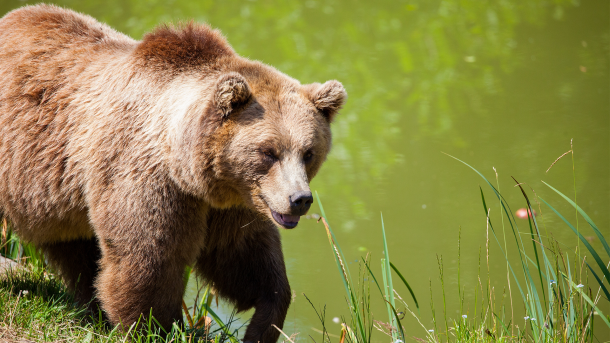 What to do if you encounter a bear

Before visiting Yellowstone National Park or “bear country” familiarize yourself with safety precautions in order to avoid bear encounters. “Run for your life” may seem like common sense if a grizzly approaches you, but such action is highly unlikely to foil an attack. The recommended steps are not easy to follow, but they offer the best chance for survival.

Here’s what the experts say: