MARY ALICE WILLIAMS: Seldom has sin made bigger headlines than it did the past week. Hillary Rodham Clinton, in a widely publicized article for the stylish new TALK magazine, stated that, “In Christian theology, there are sins of weakness and sins of malice,” adding that her husband’s adultery was a sin of weakness. Is there a hierarchy of sin? Are we using the insights of modern psychotherapy to excuse bad behavior instead of merely explain it? Does this foreshadow a kind of no-fault morality in America? 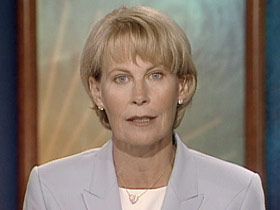 Joining us are Reverend Dr. Cornelius Plantinga Jr., dean of the chapel at Calvin College in Grand Rapids, Michigan, and a theologian in the Christian Reform Church. He is author of the book NOT THE WAY IT’S SUPPOSED TO BE: A BREVIARY OF SIN. And in Oakland, California, Catholic theologian and prolific writer Jane Redmont, whose new book, WHEN IN DOUBT, SING: PRAYER IN DAILY LIFE, has just been published.

Thank you both for being with us. Neil, weakness versus malice: Is there a hierarchy of sin?

Reverend Dr. CORNELIUS PLANTINGA Jr. (Author, NOT THE WAY IT’S SUPPOSED TO BE): The Christian church has always seen a hierarchy of sin, Catholics as well as Protestants. The Catholic tradition between mortal and venial sins is better known. The Protestants, too, have thought that some sins are more serious than others. The first lady’s distinction between sins of weakness and sins of malice is not a classical theological distinction.

WILLIAMS: Jane, what goes into making a sin? 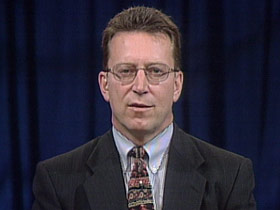 Ms. REDMONT: That is a traditional Catholic way of talking about mortal sin. And, yes, I think that the question that Ms. Rodham Clinton raised of the distinction between malice and weakness, while not a classical category, raises the question of intention. Was full human freedom, was the will completely involved in a particular sin?

WILLIAMS: Neil, have our notions of sin changed over time?

Dr. PLANTINGA: They certainly have. We traditionally have talked of the seven deadly sins where pride was the first. More recently, pride has actually made a real comeback in contemporary life. In fact, some folks think of self-esteem as the solution to all our problems. On the other hand, we’ve gotten more sensitive to certain sins, for example, to sins of disrespect against others.

Ms. REDMONT: I would add also that, in my own tradition, in the Catholic tradition, we have a renewed emphasis on the notion of social sin, so that people, in asking about sin, might well ask in, for instance, President Clinton’s welfare reform bill, which took food out of the mouths of children, was that a sin of weakness or a sin of malice, this kind of structural or social sin? 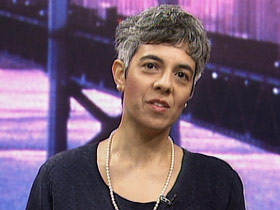 WILLIAMS: How has psychotherapy and the psychotherapeutic community changed our notions of what a sin is?

Ms. REDMONT: I think the classic example is the example of alcoholism, which, 100 years ago, we understood under the category of sin. And now, understanding physiologically and psychologically what goes into alcoholism, we know that although there may be sinful actions that come out of the condition of being addicted to alcohol, alcoholism itself is not a sin.

And so now with the field of trauma studies within clinical psychology, we’re understanding that there may be factors in people’s childhood that may not mitigate, but certainly don’t constitute in themselves a sin and may predispose people in certain directions.

WILLIAMS: Neil, does understanding the effect of, for instance, childhood trauma on adult behavior automatically absolve grownups from sin?

Dr. PLANTINGA: It can’t. We have to treat grownups as grownups, and a lot of the time when we think about how childhood events may influence grownup behavior, we’re engaged in amateur psychological speculation. At the same time, we all know that having a rocky childhood does influence how we live as adults. I think it’s instructive to notice that AA does hold alcoholics fully responsible even for managing what is, in fact, a disease.

WILLIAMS: In other words, it is, in the end, personal responsibility?

Dr. PLANTINGA: We all have it, we know it, and we try very much to keep it, but it’s one of the great human mysteries why we actually sin against the purpose of our own existence.

WILLIAMS: All right. Thank you so much, both of you, for being with us, Reverend Dr. Cornelius Plantinga Jr. and theologian Jane Redmont. Thanks.